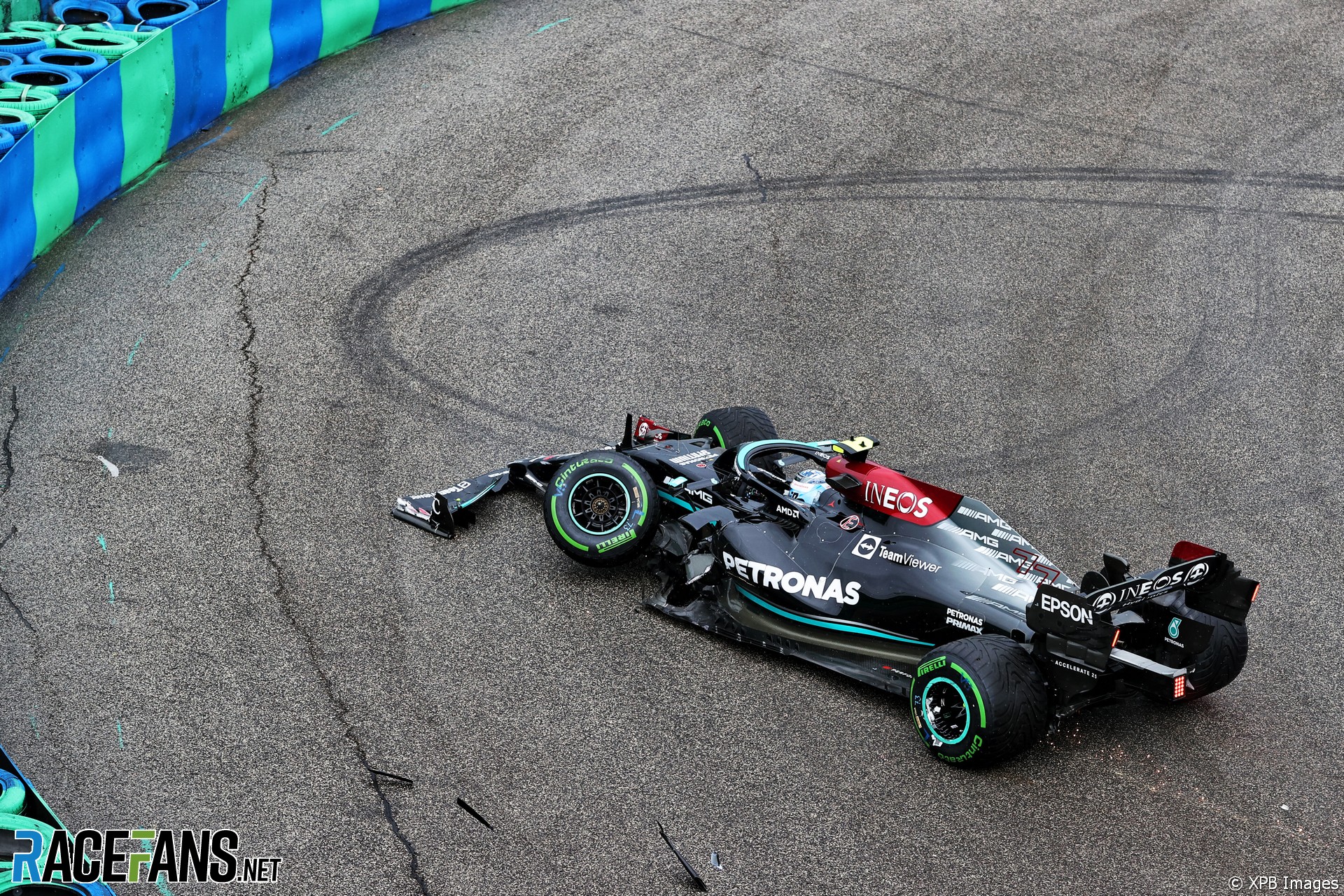 Valtteri Bottas and Lance Stroll have been given five-place grid penalties for triggering a collisions at the start of the Hungarian Grand Prix.

After the race began on a wet track, Bottas ran into the back of Lando Norris on the way into turn one, then skidded into the side of Sergio Perez. All three retired while Max Verstappen, who was hit by Norris’ out-of-control McLaren, suffered damage which badly compromised his race.

Bottas was also given two penalty points on his licence, putting him on a total of four. He will serve the grid penalty at the next round of the championship at Spa-Francorchamps.

The stewards said they “took into consideration the track conditions” but ruled “the driver of car 77 was fully to blame for the collision.”

Moments after the Bottas crash, Stroll piled into the back of Charles Leclerc, taking himself and the Ferrari driver out, and knocking Daniel Ricciardo into a spin.

The stewards gave a similar verdict on Stroll’s incident as they did for Bottas, and awarded him the same penalty. The Aston Martin driver is now on a total of six penalty points.