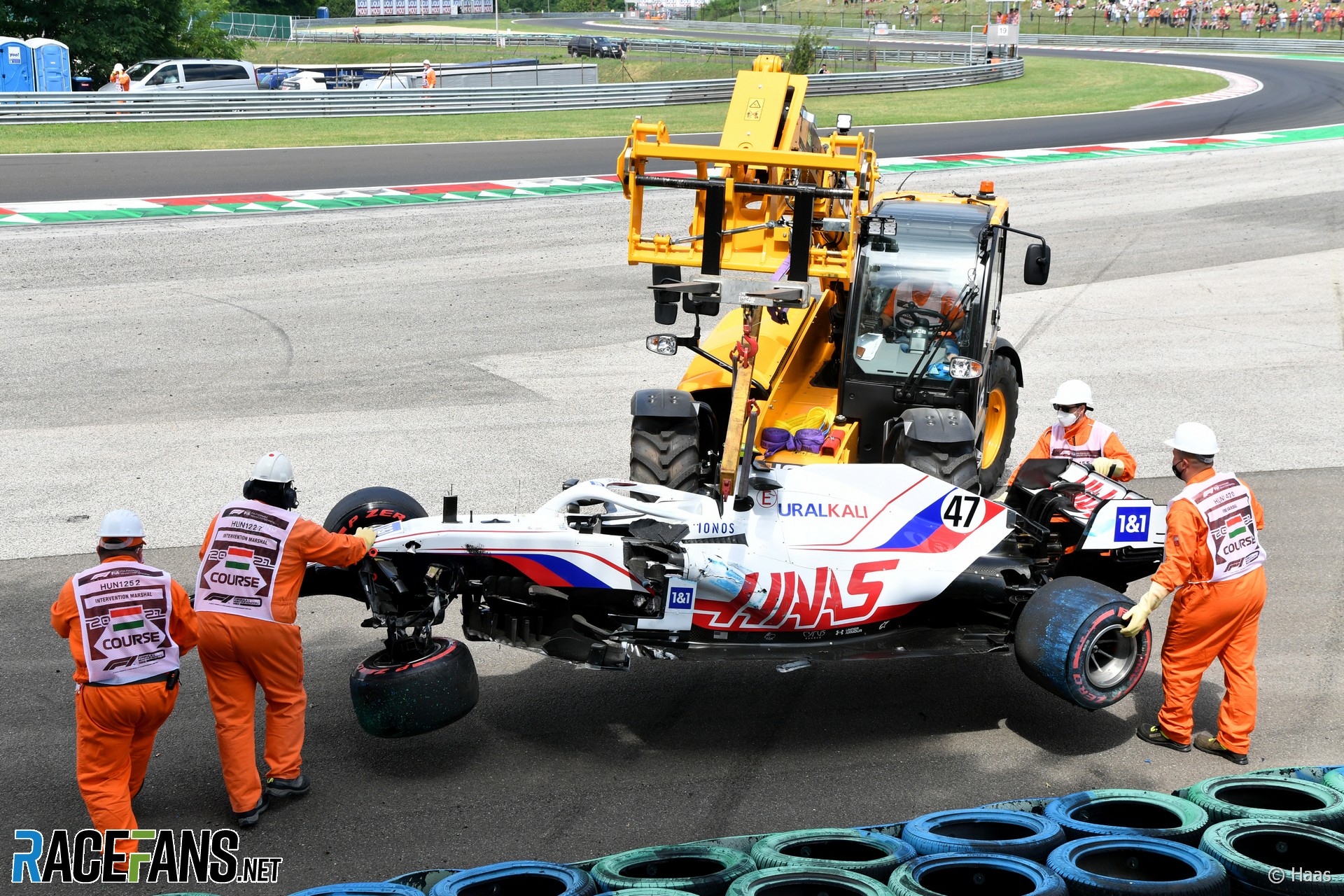 Mick Schumacher’s spin into a barrier at turn 11 during practice yesterday was the latest in a series of crashes for the pair. The damage could not be repaired in time for qualifying, meaning Schumacher start today’s race from last place.

Nikita Mazepin has also been involved in several crashes in the team’s other car. Steiner said the pair need to start taking more caution.

“You always plan [for] accidents, especially with rookie drivers,” he said. “But I think we have reached a point now where we have to work on it to have less accidents for the rest of the season.”

Yesterday’s crash was the second time Schumacher has failed to participate in qualifying after a shunt in final practice. He was also unable to qualify in Monaco. Schumacher also crashed in qualifying at Paul Ricard and during the Emilia-Romagna Grand Prix at Imola.

Mazepin crashed his car in the first race of the season in Bahrain. He also damaged it in practice at Baku and Imola, and the two drivers tangled with each other in the sprint qualifying race at Silverstone.

“Mick in the last five races had quite a few big ones,” Steiner observed. “If you have a spin or something like this that, that happens. But these accidents are quite heavy, it’s a lot of money and for no good reason. So we have to work on it to get better on that one.”

The rising cost of repairing the damage risks having implications for the team, Steiner added. “Obviously the budget is the budget and you need to stick to it or you’ll always have to have ideas how to get around it when you have these accidents.

“In the moment obviously we feel it, we can still deal with it, but soon we will be in a position where we need to find new ways to overcome this because they are getting a little bit too frequent and too heavy.”

Both Haas drivers are racing in Formula 1 for the first time this year. But Steiner says their inexperience doesn’t excuse the among of damage that has been done.

“By now we should know where we stand,” he said. “In FP3 you compromise yourself not taking part in the qualifying. The risk is always there because it’s only two hours away from when you finish FP3 to qualifying.