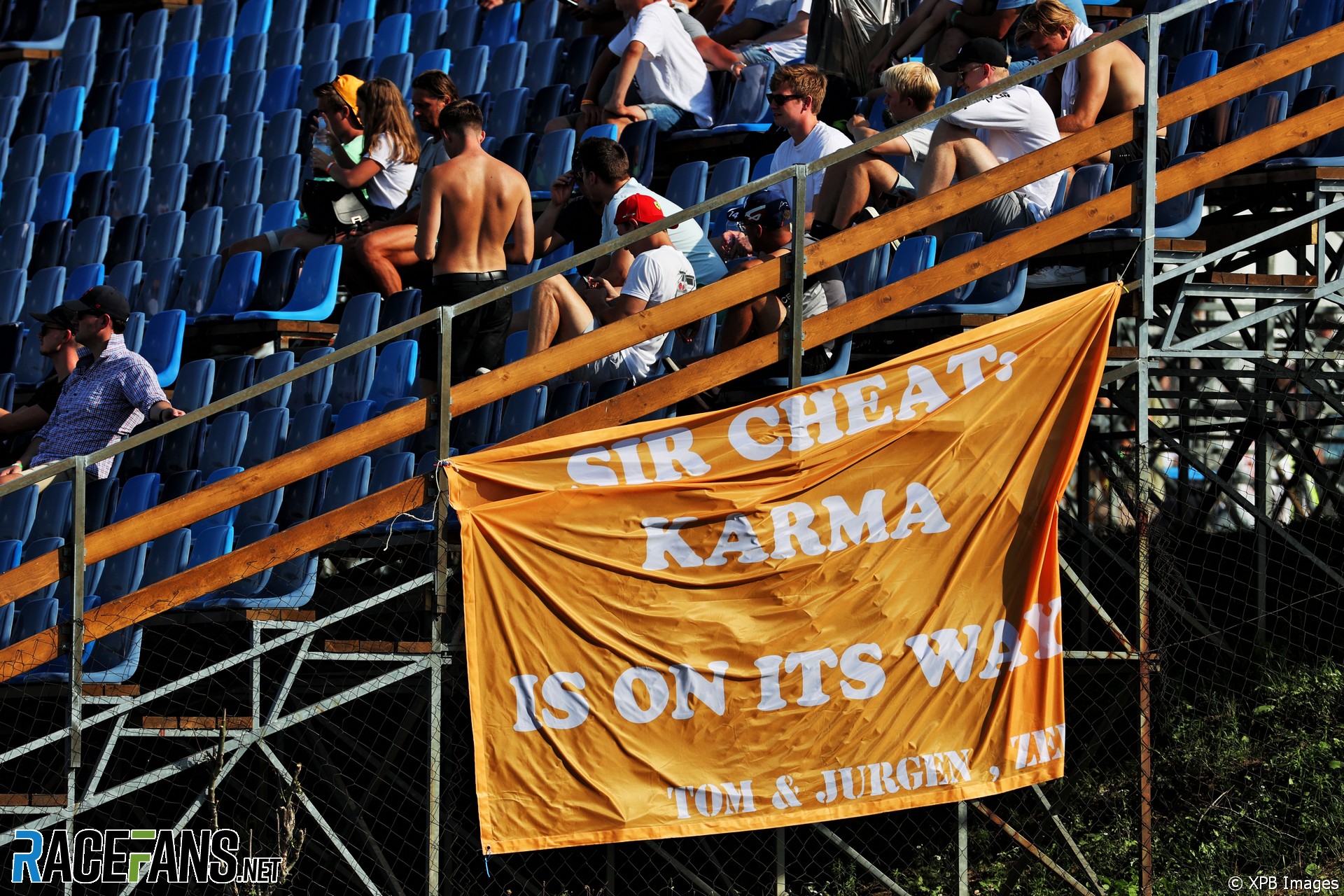 Lewis Hamilton accused Red Bull of inciting booing against him with comments the team has made in recent weeks.

The Mercedes driver was jeered by some in the crowd yesterday after taking pole position for today’s Hungarian Grand Prix. He believes the reaction was inspired by comments made by the Red Bull team following his collision with Max Verstappen at Silverstone two weeks ago.

Hamilton was subject to racist abuse on social media following the British Grand Prix, which was swiftly condemned Mercedes, Red Bull and other teams. On Friday Red Bull confirmed an employee who had sent racist personal text messages – not believed to be related to Hamilton – was no longer working for them.

“They’ve just had to fire someone [for] things that were said,” Hamilton continued. “I don’t know who it was about, it doesn’t matter who it was about. If I pass it to my friend or my father or my brother, we all feel that pain of what they meant by those words.”

Mercedes has risen above the criticism which it has faced in recent weeks, said Hamilton.

“We’ve got to continue to stay positive. I’m really proud of my team for staying focused during this time because it has been a whirlwind of emotions and things coming at us in all different directions. But we’ve kept our heads down and come here and delivered and I am really proud of everybody.”

Red Bull vehemently criticised Hamilton following his collision with Verstappen and tried, unsuccessfully, to trigger a review of the incident in the hope of earning a tougher penalty. Hamilton believes the booing he faced yesterday was provoked by their comments.

“I’m a sporting fan. I’ve never booed any team in any other sport because it’s just not in my character. Of course I want one team to win more than other or something like that. But I’ve seen that, I’ve grown up around it, we know what it is.

“But we do have to be so careful with our words. Particularly as there’s young kids watching. We’re supposed to be shining a light and encouraging people out there and spreading positivity.

“Leaders of this industry need to be leaders. They have people following them and kids following them and as a sport we’ve got a responsibility. There should be some strong talks probably over the next weeks. But either way, it’s not got in my way.”

“The booing has no place in the sport, but you need to also recognise that the emotions have been very high in the last two weeks and the grandstands are packed with Dutch fans,” he said. “Nobody likes that and people that have done sports competitively will never understand why that is.”