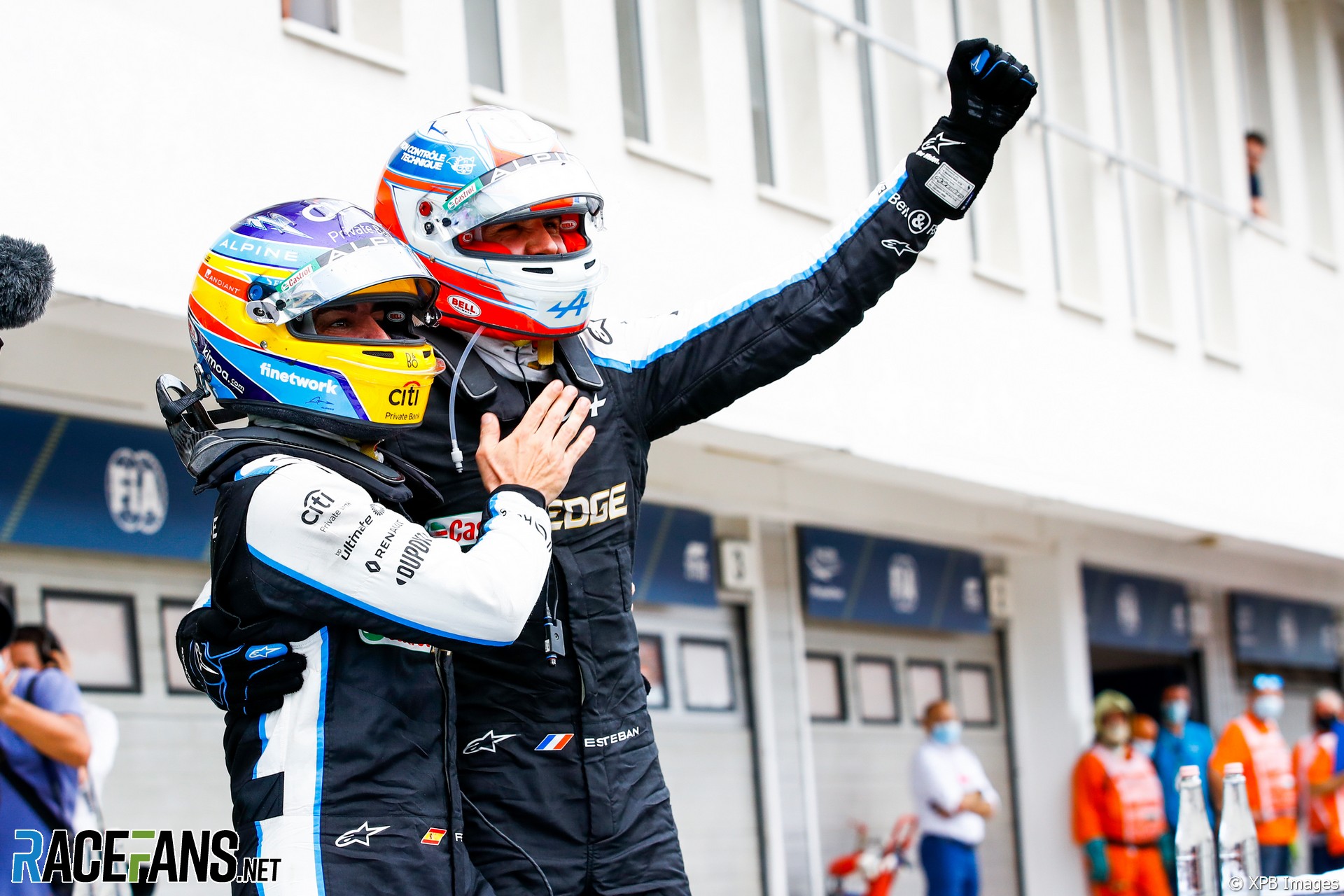 Alpine’s senior management say the team was “humbled” by its breakthrough Formula 1 victory, and praised its staff’s “resilience and dedication”.

“I am incredibly proud and delighted with this result,” said Rossi. “For Esteban, for Alpine, for Renault Group, for Fernando and for the teams across the UK and France that have worked tirelessly to deliver the first victory for Alpine.

“Everyone has shown great resilience, dedication and passion to get this result – it was great teamwork all round, especially for Fernando and his incredible fighting spirit.

“We are humbled by standing on the podium amongst the giants of this amazingly competitive sport,” Rossi added.

Executive director Marcin Budkowski paid tribute to Ocon who scored his first win in his second season after joining the team.

“Esteban was unbelievable today,” he said. “Huge congratulations to him for his first grand prix victory. It was a stressful race and it felt incredibly long.

“We put ourselves in a great position at the start, made the right calls during the race, the pit crew executed two perfect pit stops and then it was about holding all the way to the end.

“We knew Lewis would be a threat in the last laps but we must pay huge credit to Fernando for fighting hard to defend against him, as this helped a lot to protect Esteban’s position.”