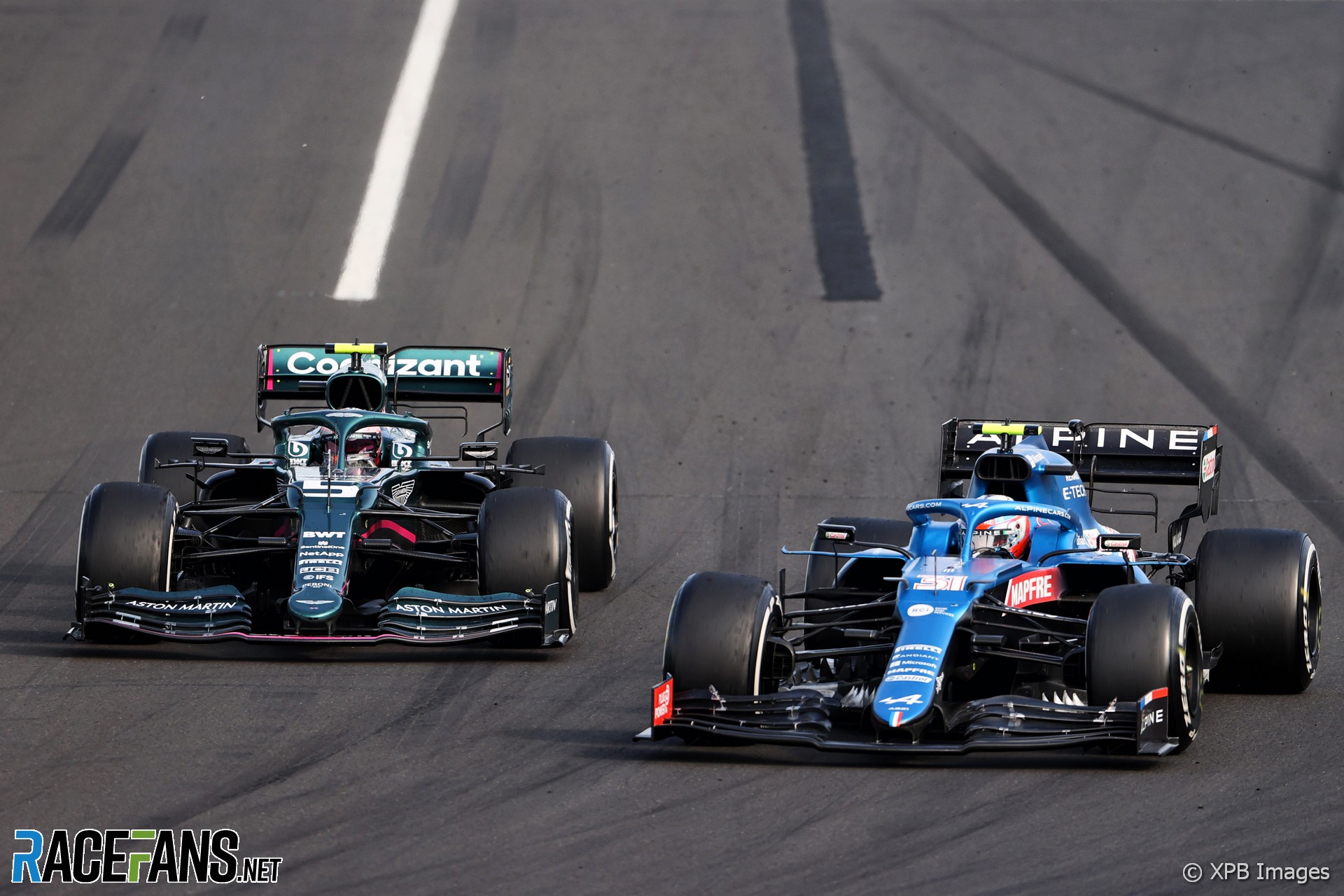 In the round-up: Aston Martin are weighing up whether to formally appeal against Sebastian Vettel’s disqualification from the Hungarian Grand Prix.

Following Vettel’s disqualification on Sunday, for producing an insufficient post-race fuel sample, Aston Martin served notification of their intention to appeal. From that point they have four days to submit one.

“Since we had reason to believe that there was more than one litre of fuel in Sebastian Vettel’s car after the Hungarian Grand Prix, we decided to reserve our right to appeal,” a team spokesperson explained. “[This] decision was communicated publicly by the FIA late the same Sunday night, in accordance with their standard procedures.

“We are now analysing data in order to decide whether to appeal or not, using the 96-hour ‘window’ that the FIA allocates for such deliberations.”

Nikita Mazepin says his frustration at being taken out of Sunday’s Hungarian Grand Prix was eased by the expectation he is at the beginning of a long career in the sport.

The Haas driver was hit by Kimi Raikkonen in the pits when most of the field pitted before the race restart. Raikkonen was penalised for the collision, which put Mazepin out of the race.

“It’s just really annoying,” said Mazepin. “That’s one race I really wanted to be in, and not only for me, but I think this race offered a lot of opportunities and my team does really need those opportunities.

“It’s just unfortunate that other teams make mistakes and send cars out. I mean, it was obvious that I needed to double stack, I’m not able and not allowed to stay in the pit lane to hold people up. So I need to go somewhere. And I was willing to go to my box. I could not have turned in any later. And the Alfa just came out and took my tyre off.”

The eventful race “could have been” a points-scoring opportunity, said Mazepin, “but it’s not going to be.”

“But I strongly believe that I’ve got a long career in Formula 1,” he continued. “That’s seriously not the way I wanted to go into the summer break because you just want to give it your all, at least leave this weekend tired and with a sore body and a sore neck, but just lack of laps and a lack of result is very fucking annoying.”

The series previously known as British F3 has rebranded itself with immediate effect as GB3. Championship promoter MSV said it was “very disappointed that it has been forced into the change, having done everything possible to preserve the historically significant British F3 title.”

The change has come about at the instigation of the FIA, it claimed. “Changing to the new GB3 name is purely a consequence of the FIA’s decision to limit the use of the F3 title exclusively for the international FIA F3 series, as a result of which national governing bodies are not able to grant permits for national level single-seater championships using the F3 brand.”

In its current form, the series served as a stepping stone for George Russell and Lando Norris to enter Formula 1. In its previous guise Ayrton Senna, Nelson Piquet, Mika Hakkinen and other future F1 champions raced in British F3.

“I am extremely saddened by the fact that we are no longer permitted to use British F3 name,” said MSV chief executive and former F1 driver Jonathan Palmer. “Having existed over half a century, the British F3 title has enormous heritage and the championship has played an important role in the careers of many F1 drivers, including my own. The strength of our championship is however built upon much more than just a name and that will be reflected in its ongoing success.”

@MercedesAMGF1 is testing the #Fit4F1 18-inch 2022 tyres this week. At the wheel is @GeorgeRussell63, for one day only on Tuesday at the @HungaroringF1. @F1 @fia pic.twitter.com/qk2s6LSFpb

How did @PierreGASLY have enough of a gap behind him at the end of the race to pit for fresh tyres and set the fastest lap?

"'That first corner (nine) coming off the bridge is as wide as Cleveland and fast with a massive run-off area, so drivers will be enticed, especially with multiple lines into the corner,' said Cotman, referring to the old street circuit that was run on the expansive runways of Burke Lakefront Airport. 'Then you have a straightaway from turn nine heading into turn 10 that could be another location for overtaking.'"

"Together we’ve managed to achieve a lot of consistency in one of the most unpredictable and competitive racing series in the world, which isn’t easy and is one of the reasons that has got us to the top of the standings."

Round 3 win ‘good for the mental health,’ as Schumacher reveals he arrived in Budapest feeling less pressure (Formula 3)

"The (changes) have mostly been in myself, mentally. I didn’t run very well at all last year and then this year, I was arriving at rounds with confidence but still not running well and being unlucky. After a while, you start thinking, and my head got pretty bad. The race win was really good for the mental health and for my mentality."

"Pourchaire has been tipped for a spot in Alfa Romeo’s line-up next year, as a junior driver of the Sauber group that operates the F1 team, and the 17-year-old’s already made age-related history by winning in Monaco during his rookie F2 season."

"Previously Piastri tested at the Bahrain International Circuit and Silverstone, and Monza will prove to be another new challenge."

This is taking away from what was quite a fine defensive drive by Mick, especially since he’s not had may opportunities to go wheel to wheel this year.

I guess it’s possible that Max had a more unbalanced car because of the damage, but less total downforce? I’m pretty sure that’s untrue since he pulled away at 1.5 seconds a lap after passing Schumacher.
@Wsrgo