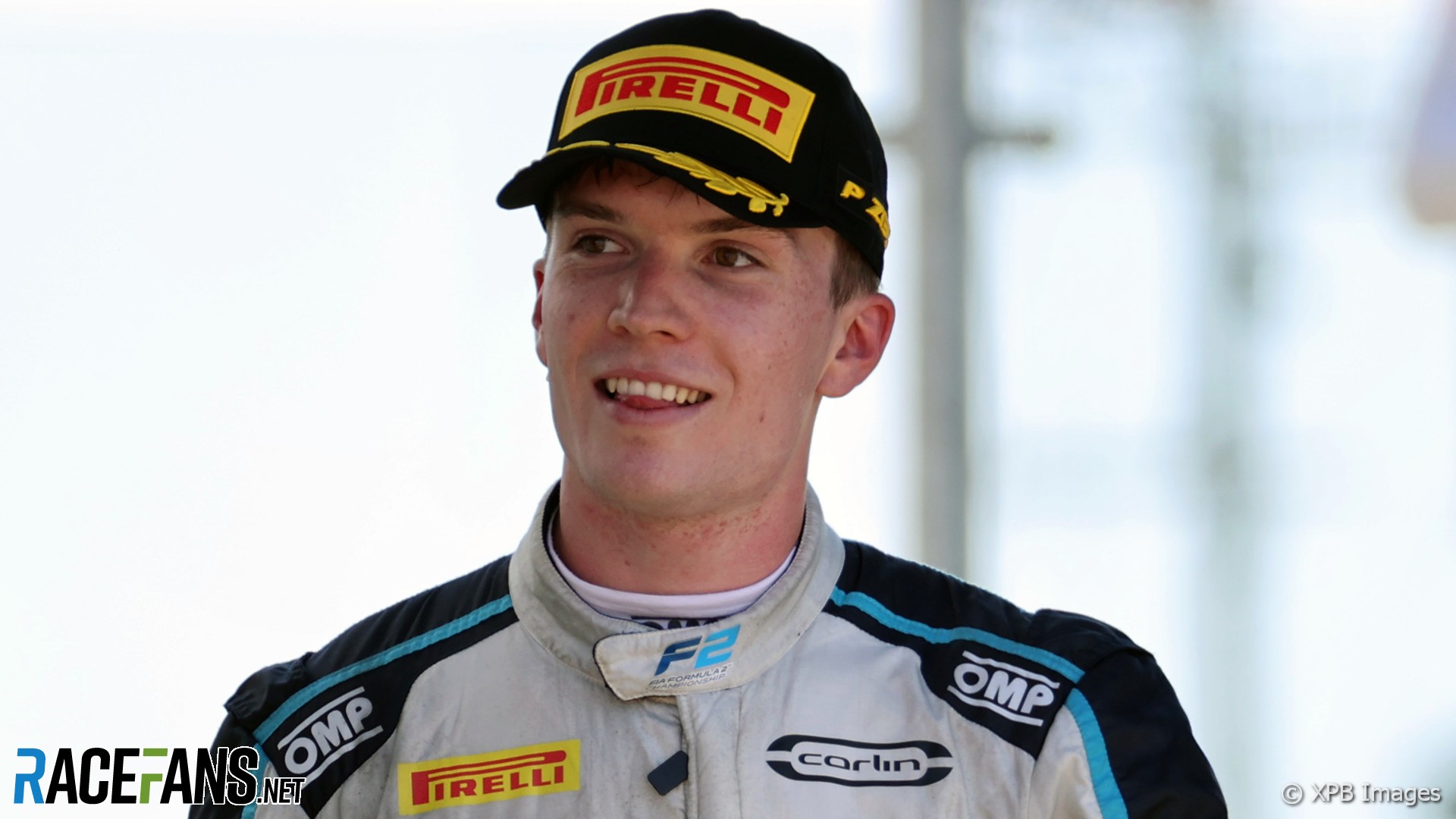 Dan Ticktum has been released from his role as Williams development driver with immediate effect.

A Williams spokesperson said Ticktum’s departure was confirmed prior to the Hungarian Grand Prix weekend.

Ticktum’s exit is therefore not thought to be related to recent comments he made about Williams driver Nicholas Latifi on his Twitch stream. In response to a user who pointed out Latifi, unlike Ticktum, had made it into Formula 1, the Carlin Formula 2 driver replied: “He paid to get there”.

It is believed Ticktum’s exit was prompted by complaints about his behaviour from a member of the public.

Ticktum has attracted controversy previously in his junior career. In 2015 he was given a one-year ban for deliberately colliding with rival Ricky Collard during an MSA Formula race at Silverstone.

He has a tendency to be outspoken and has made critical comments about rival drivers on several occasions, including on his radio during Formula 2 races. Last year Ticktum described Yuki Tsunoda as a “stupid little bloke”. Ticktum later said he regretted threatening to crash with rival Louis Deletraz in another radio message.

He lies fourth in the Formula 2 standings halfway through the current season, 19 points behind leader Oscar Piastri.