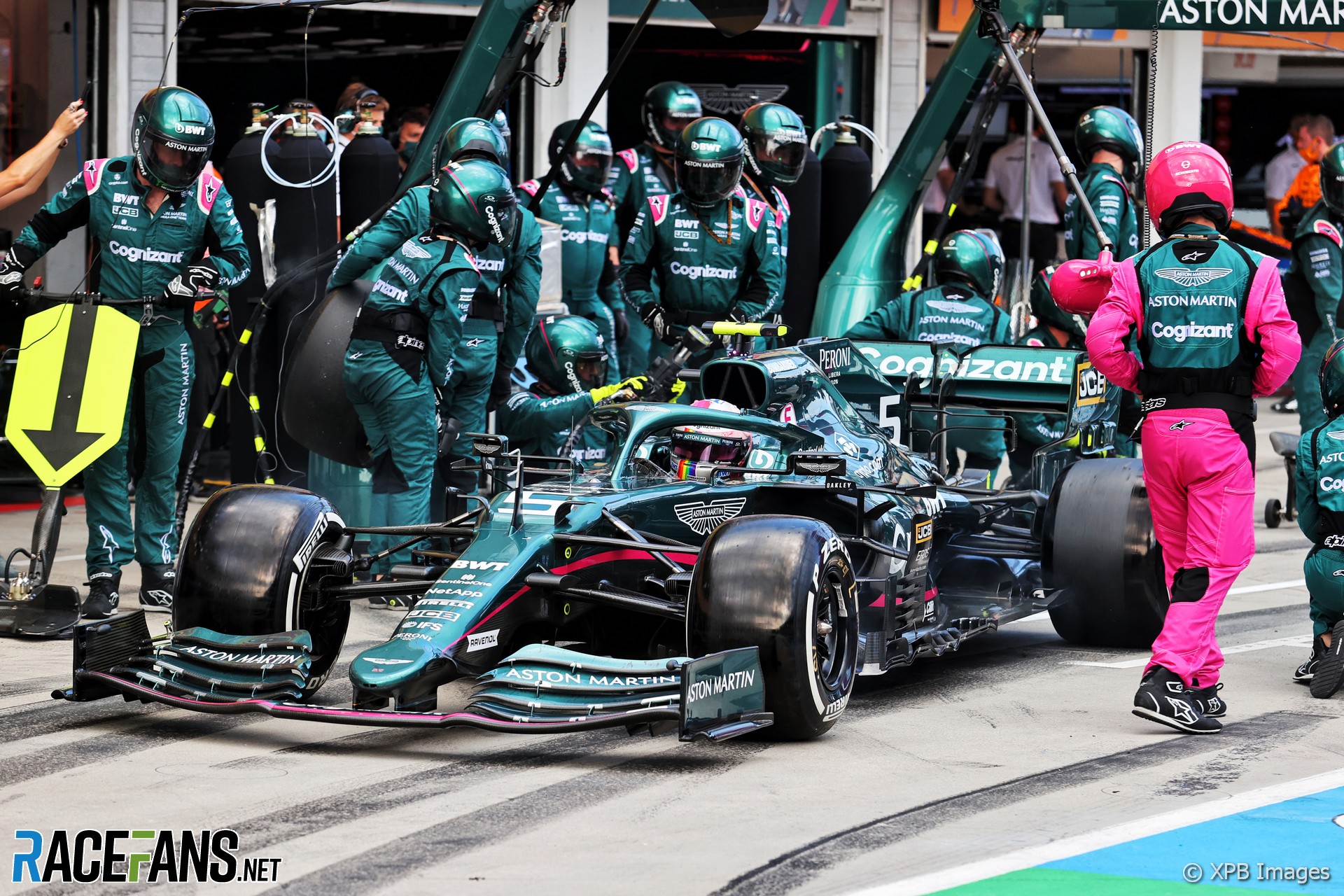 Aston Martin will press ahead with its efforts to overturn Sebastian Vettel’s disqualification from the Hungarian Grand Prix, the team has confirmed.

Vettel equalled his best finish of the season with second place on Sunday but lost the result when his car failed a technical inspection. Aston Martin were unable to provide the required one-litre fuel sample as only 300ml could be drawn from the car.

The team originally served notification of its intention to protest the decision on Sunday evening.

“After Sebastian Vettel’s drive to second place on the road in the Hungarian Grand Prix on Sunday August 1st, he was disqualified from the results when a one-litre sample of fuel was not able to be taken from his car after the race (a requirement as set out in the FIA Formula One Technical Regulations),” said the team in a statement.

“There was and is no suggestion that Vettel’s Aston Martin Cognizant Formula One Team AMR21 car benefited from a performance advantage from the alleged regulatory breach, or that it was deliberate.”

Aston Martin has requested a review of the decision in the same way Red Bull did following Lewis Hamilton’s penalty for colliding with Max Verstappen during the British Grand Prix. In order for a review to take place it must persuade the stewards that it can supply relevant new information.

“Since the team’s data indicated that there was more than one litre of fuel in the car after the race – 1.74 litres according to the data – the team immediately reserved its right to appeal, and has requested a right of review alongside the appeal procedure, as a result of having discovered significant new evidence relevant to the sanction which was unavailable to it at the time of the FIA stewards’ decision,” it said.

Vettel’s disqualification and potential reinstatement if Aston Martin succeed in overturning the decision has ramifications for the championship fight. His removal from second place in the classification promoted Hamilton to that position. Although his championship rival Verstappen was also promoted, to ninth position, Hamilton gained two points more than his rival from the change and now leads the drivers’ championship by eight points.