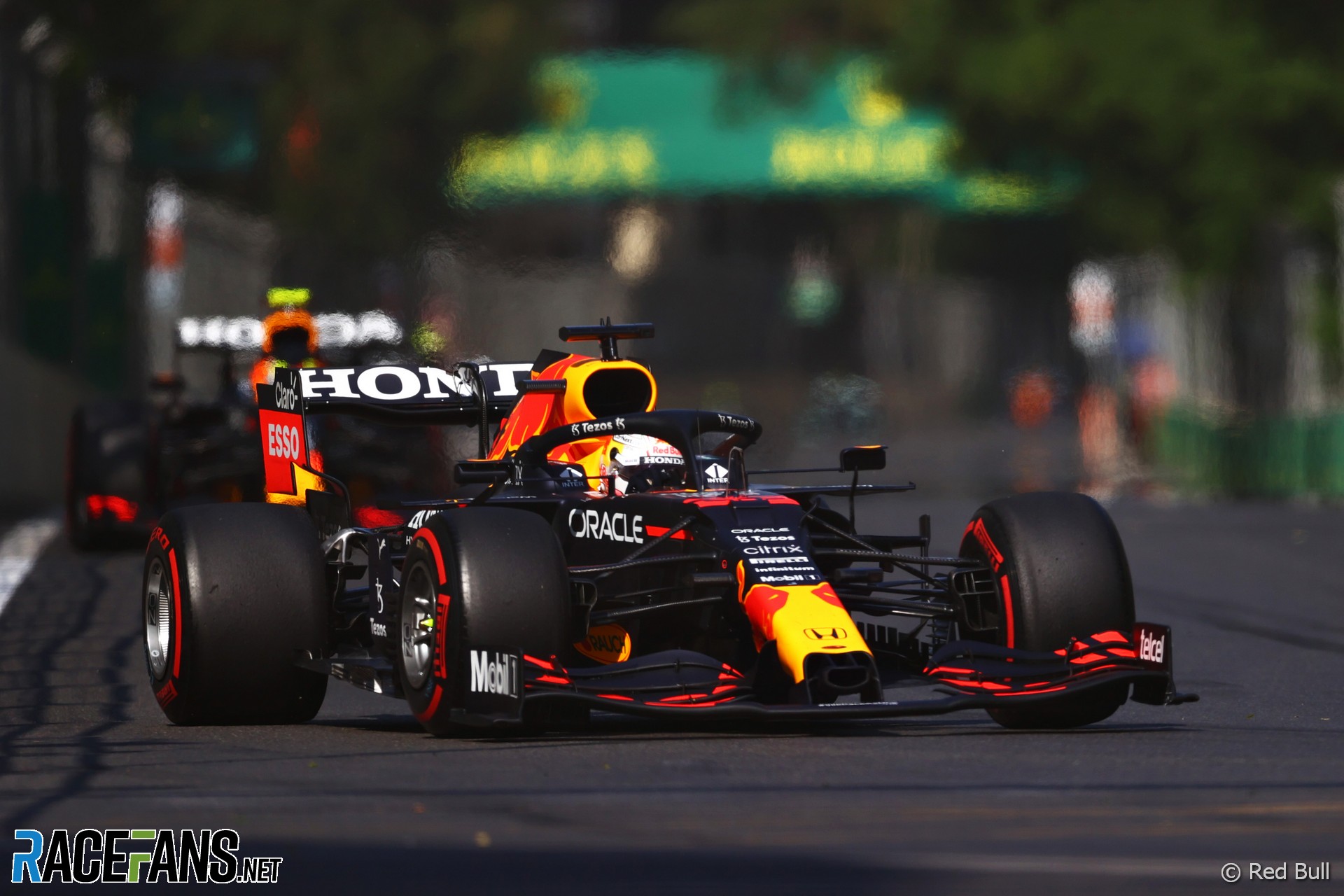 At the end of last season Sergio Perez stepped up to tackle the unenviable task of being team mate to one of the hottest talents in Formula 1 today.

Halfway through his first campaign for Red Bull, is the latest driver to drop into the hot seat alongside Max Verstappen measuring up more favourably than his immediate predecessors?

Some of the raw numbers look encouraging. For example, Perez is only one point off Alexander Albon’s tally for the whole of last season. However, that campaign was only six races longer than the 11 rounds we’ve had so far, and Albon had a less competitive car on his hands.

Over a comparable, 12-race stretch at the beginning of 2019 Pierre Gasly scored 61 points versus Perez’s tally of 104 today. But again, Gasly didn’t have a car as quick as Perez’s and the opposition was stronger.

Verstappen is putting Perez in the shade in much the same way he did to his two previous team mates. He’s 10-1 up in qualifying, Perez having snuck a ‘win’ over him at Imola, though he’s seldom come close to doing so again since. Perez has only been classified ahead of his team mate once, at Baku, where Verstappen ‘finished’ 18th after his tyre failure.

In terms of one-lap pace, Perez has been slightly closer to Verstappen, though not by much. While Albon only got within three-tenths of Verstappen in qualifying once last year, Perez has done so twice, as well as beating him in Imola. But the gap isn’t trending in the right direction for Perez – he’s been over half a second behind in the last two races, though that wasn’t helped by missing his final run in Q3 last time out.

It’s on race day that Perez is proving his worth more frequently than Albon and Gasly. He has at least been close enough to Verstappen to aid his team mate’s fight for victory, as happened in France, and put in competitive showing at several other rounds.

But while the matter of who Mercedes will choose to partner Lewis Hamilton next season has prompted significant debate, Red Bull face the same question as far as their leading driver is concerned. Perez has not yet demonstrated beyond doubt that Red Bull need look no further.

Max Verstappen vs Sergio Perez: Who finished ahead at each round

Times based on the last qualifying round at each race weekend in which both drivers set a time. Negative indicates Max Verstappen was faster, positive means Sergio Perez was faster