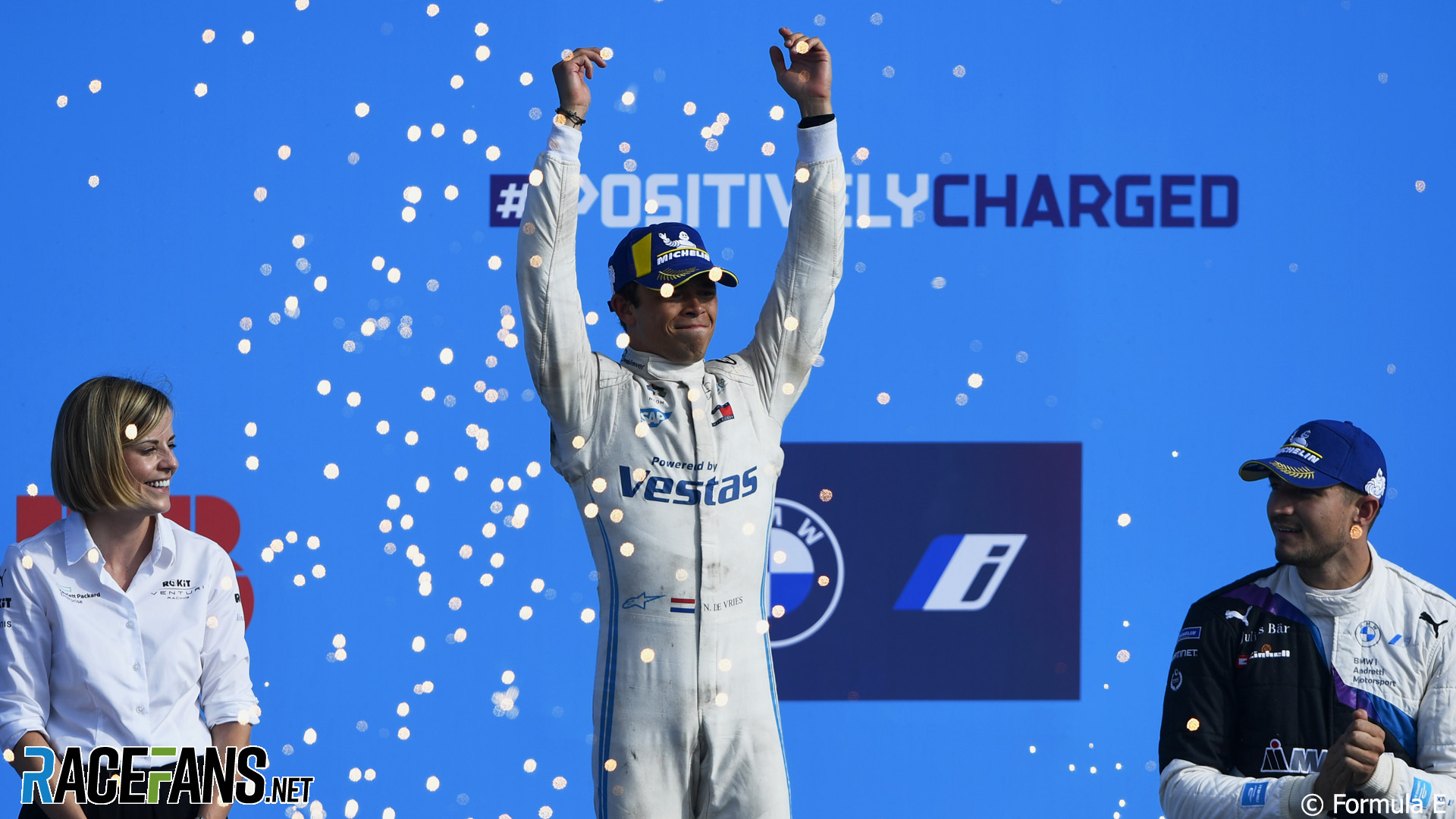 The Mercedes driver took the title in a dramatic race which saw several of his better-placed title contenders crash out.

“I know I was very fortunate today with everything that happened,” de Vries admitted after Mitch Evans and Edoardo Mortara were eliminated in a crash at the start. “Of course, I feel sorry for what happened with Mitch and Edo, they deserved to fight to the end.

“It was a very tight championship all the way through, a lot of ups and downs and everyone was really in the same boat. That’s why we went to today with everyone basically being in contention for the championship and I just feel very, very grateful that fortune has chosen us.”

However De Vries was unhappy with the conduct of certain rivals on-track. “We drove an incredibly strong race, I’m proud of that,” he said. “[But] I feel very disappointed with the driving standards out there. They were just not aware of the championship situation and that’s not how you drive, with world championship contenders.

“[On Saturday] it was the same and it repeated itself so I was a little disappointed with that and that was my first reaction after the race because I felt like we could’ve finished higher and I’m a racer, I want to race and as you’ve seen, I was not playing conservative, I wanted to fight.

“In the end it all worked out well, I’m glad we also managed to clinch the teams’ championship and also to give everyone the reward they deserve.”

Mahindra driver Alexander Sims was among those to draw the ire of the new champion. “I’ll no longer hide his name – Sims really needs to back off,” said De Vries. “Yesterday he gave us a puncture and today his style was, again, too aggressive for me, considering we were in the fight for the championship.

“So I put it in fourth and then [Jean-Eric Vergne] got involved at the end, he put his nose in my back end so I was basically spinning the wheels in the air, not being able to come out of the corner and Bird got me and I thought we’d lost the teams championship.

“I was still eager to fight back in the rest of the lap but I was told it was fine and to hold position. So I’m a little bit disappointed with that and that’s why my first reaction was to ask about the teams [championship].”

Sims rejected his rival’s complaints about his driving. “I thought that I drove my race and I defended hard but I don’t think I did anything that was out of the ordinary,” he said.

“I appreciate he’s got his championship to think about and he probably would love for me let him past and he can get on with his race but that’s not going to happen.

“The very light contact that I had with him [on Saturday] was the cause of his puncture and I apologised for that. I think it was a racing incident – I’ve had that happen to me plenty of times and that’s the way it goes. So for that, I apologised but today I thought I did everything quite well. I was robust in my defence.”