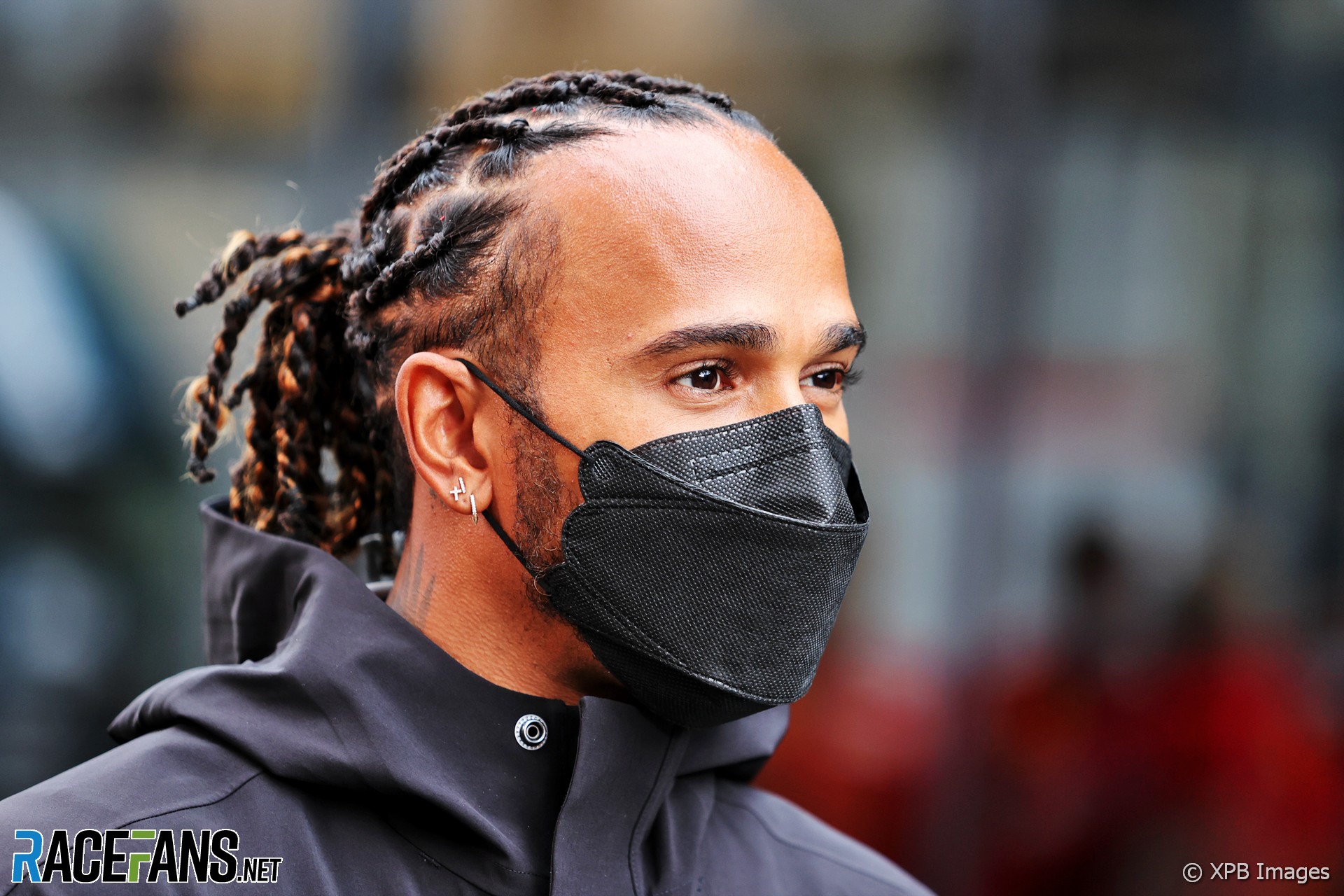 Lewis Hamilton has ‘taken the driver’s hat off’ and accepted Mercedes’ needs in selecting his team mate for the 2022 F1 season, according to Toto Wolff.

The Mercedes team principal described Hamilton’s input into the discussions whether the Valtteri Bottas will be replaced by George Russell at the team next year. Hamilton has already extended his deal to drive for Mercedes until 2023, by which time he will have spent 11 years with them.

“Lewis is a very important part of the team,” Wolff told Sky. “He’s really not a driver: drivers are normally contractors, they come and then maybe they go for another opportunity. Lewis has been with us, I think we’re in the ninth year together, [he has] such an incredible importance like all these guys.

“So he’s part of the discussions, he and I are brainstorming what’s best for the team. He’s taking the driver cap off, really, because when he has the driver cap on, we pretty much know both what is good for him. But he’s also taking the team’s view and we have been discussing all throughout the summer and we have the same opinion.”

Russell, 23, has long been tipped as a replacement for the 31-year-old Bottas, who has won nine races since joining the team in 2017. Hamilton has taken 45 wins – and every championship title – during the same period. However Wolff believes Bottas’ form is better than his results indicate.

“Valtteri seems to have bad luck glued to his steering wheel,” said Wolff. “So he could have looked much better, maybe not won the amount of races that Lewis did, but he is much better than that. And you see on pace every Friday, every Saturday he is right there, if not quicker.

“But there is a generational change and every other of the top teams has one of those highly promising kids. So there is definitely an argument that we also need to look to the future going forward.”

Wolff previously said a decision will be taken during the summer, but later confirmed an announcement will not be made before next month. However, he said the team would prefer to settle the matter “sooner rather than later, because both drivers that are in the run for this cockpit need to know.”

“For us it was always important, whatever step we take, we need to know what would happen to George or to Valtteri if we decide for one of them, and that is something that I’m considering all the time,” Wolff continued. “And we are not going to take a decision unilaterally without knowing where the direction goes for the other one.”