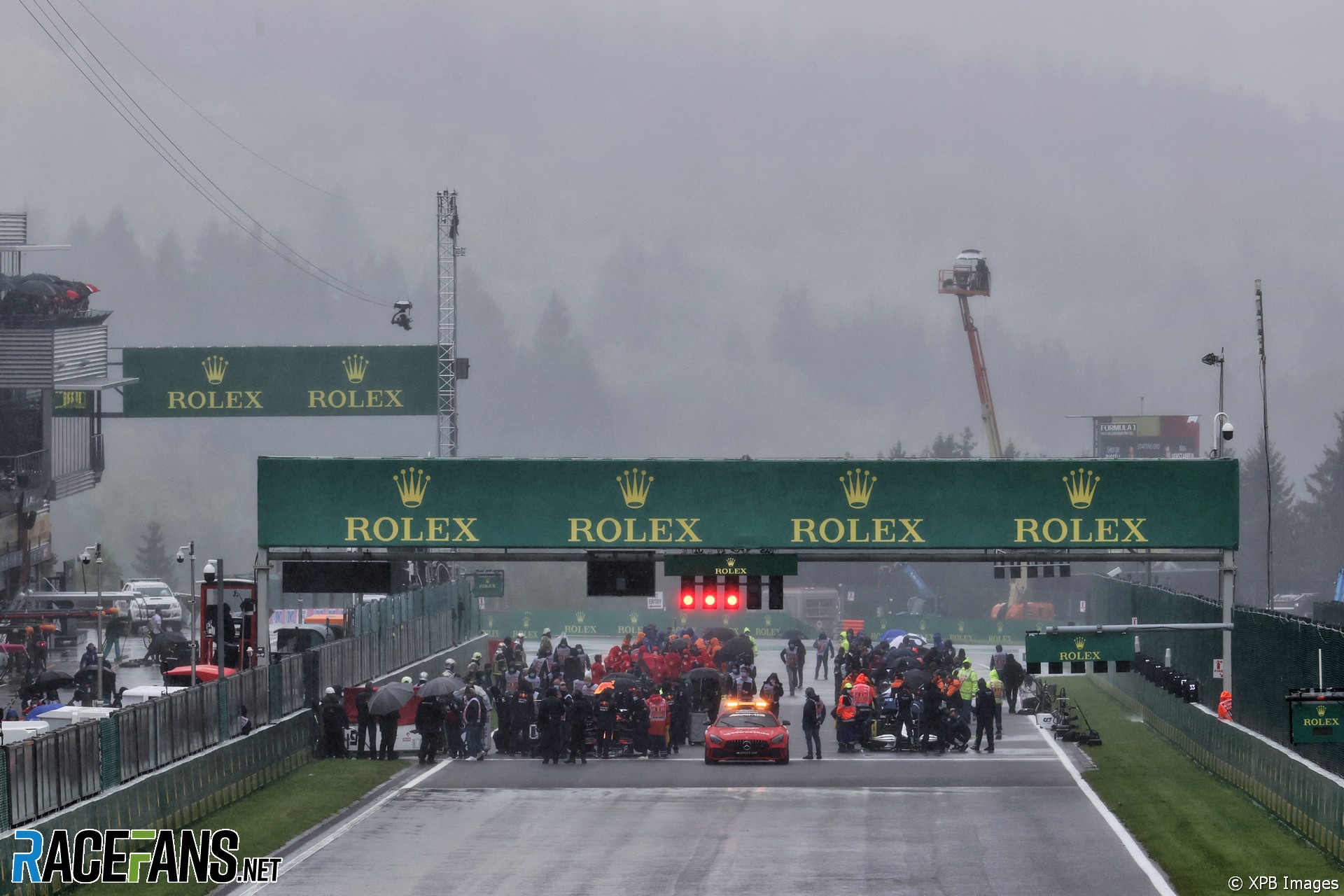 With rain falling throughout the build-up to the race, the decision was taken to repeatedly postpone the start. After a 25-minute delay, the majority of the field was finally sent away behind the Safety Car. Sergio Perez’s car was missing, however, as he had crashed during his reconaissance lap.

Few of the drivers had anything positive to say about the conditions when they took to the track. The exception was pole-winner Max Verstappen, who only had the Safety Car in front of him. “I think it’s wet, but for me it’s fine to race,” he said.

None of his rival appeared to agree. “In terms of the track conditions I don’t feel like there’s a lot of standing water but we have absolutely no visibility,” said Charles Leclerc. “I am in P9, P8, for the guys behind it’s a really dangerous situation.”

“It’s pretty awful, I can barely see the car in front at the minute” said Lando Norris, 14th in the queue after his heavy crash in yesterday. “Quite a bit of aquaplaning, as well.”

After the cars began their second lap the drivers were informed the start procedure had been abandoned. The cars were taken back into the pits to await a start. No time for a restart has yet been announced.

FIA race director Michael Masi confirmed the race start time commenced at 3pm local time. Under the maximum three-hour time limit, that leaves them until 6pm local time to start the race. As of 4:20pm, it was yet to start.

51 comments on “Belgian Grand Prix suspended due to heavy rain”