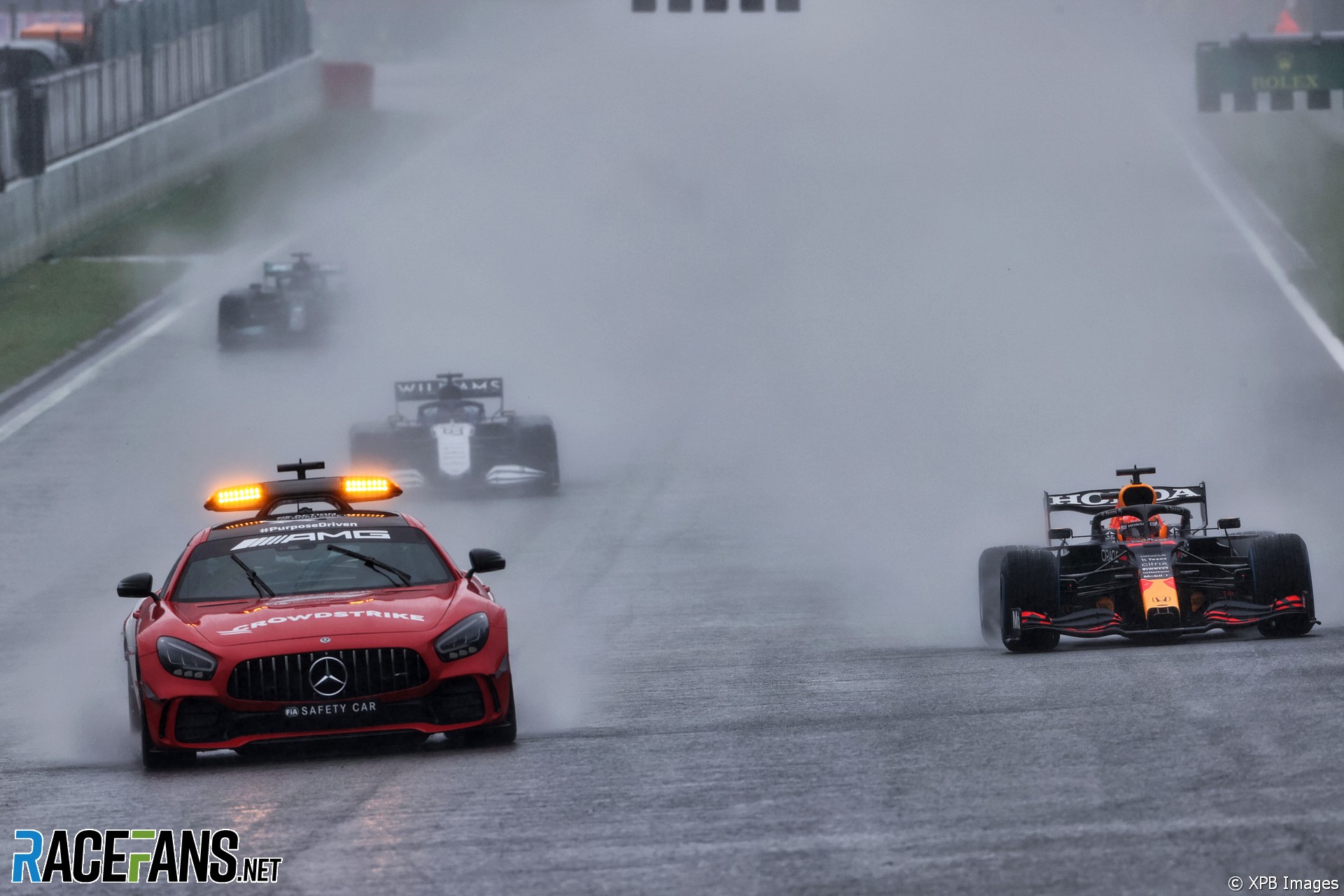 Formula 1 race director Michael Masi has denied claims the Belgian Grand Prix was only restarted behind the Safety Car to ensure points would be awarded.

Just a single official lap of running was completed behind the Safety Car in three hours after the scheduled start time due to heavy rain. Points cannot be awarded for an F1 race unless at least two laps are completed.

The field was sent back onto the track behind the Safety Car but were called back in after just two laps. This prompted claims from Lewis Hamilton and others than F1 had tried to do the bear minimum running necessary to ensure points could be awarded for the race.

However Masi said the field was sent out because the FIA saw a potential improvement in the weather and were hoping to begin the race.

“It was to see what the conditions were like,” he told Sky. “We’re in constant contact with our official weather [forecast] provider. There was a window that looked like it was provided there.

“We’ve got a requirement to give a 10-minute warning to everyone so it was like ‘okay, let’s try and see if we can find that window’. And a number of teams had said the same thing, they saw that window and could see exactly what we were trying to do to find that weather window. And then the weather came in and got the better of us again.”

Postponing the race until Monday is not an option for logistical reasons, Masi confirmed, due to the number of people necessary to hold an event.

“There’s no ability to postpone the race until tomorrow,” he said. “Obviously from the FIA perspective, and jointly with Formula 1, safety is paramount for drivers, the teams and all of the spectators.

“We gave every available opportunity within the rule book, within the provision of the international sporting code, to give us the best opportunity to be able to complete a race. And so unfortunately on this occasion we could not go the full distance that was available.

“But with the provisions in the [International Sporting Code] to stop the clock, that was what we tried to do to see if we could get ourselves in that weather window of some activity.”