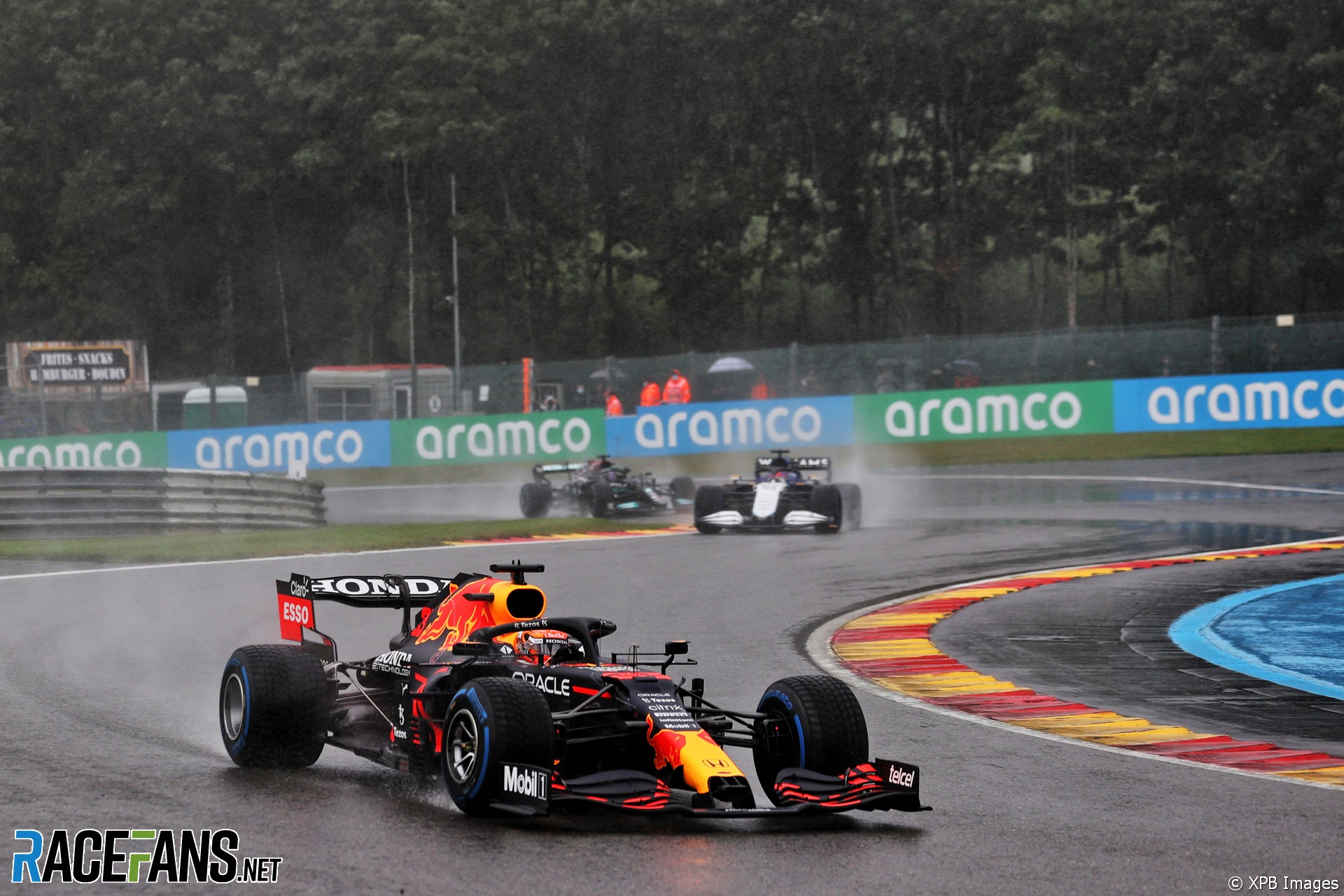 Persistent heavy rain repeatedly thwarted efforts to start the race. Drivers ran just three laps, all behind the Safety Car, over the course of three-and-a-half hours.

Verstappen said his strange victory showed that “in hindsight it was very important to get that pole position.”

“Of course it’s a big shame to not do proper laps. But the conditions were very tricky out there.”

Formula 1 made two attempts to start the race. The first, shortly after the intended start time of three o’clock, was abandoned as the rain intensified.

“I said at 3:30 ‘let’s go’,” Verstappen recalled. “I think the conditions were decent but the visibility was very low. I think if we would have started at three o’clock we would had a better chance. Nevertheless after that it just stayed really wet and it kept raining.

“Of course it’s a win but it’s not how you want to win. I think for today big credit goes to all the fans around the track to stay here the whole day in rain, in the cold, windy conditions. So I think they are actually the bigger winners today.”

After taking just two points from the last five races due to a pair of collisions beyond his control, Verstappen hopes today’s race marks a turning point in his favour.

“We have to keep on pushing, keep on trying, of course, to close it and go ahead,” he said. “We have a few more races to do that and I’m confident that we have a good car, we just need to keep on trying to get a bit more performance out of it.”