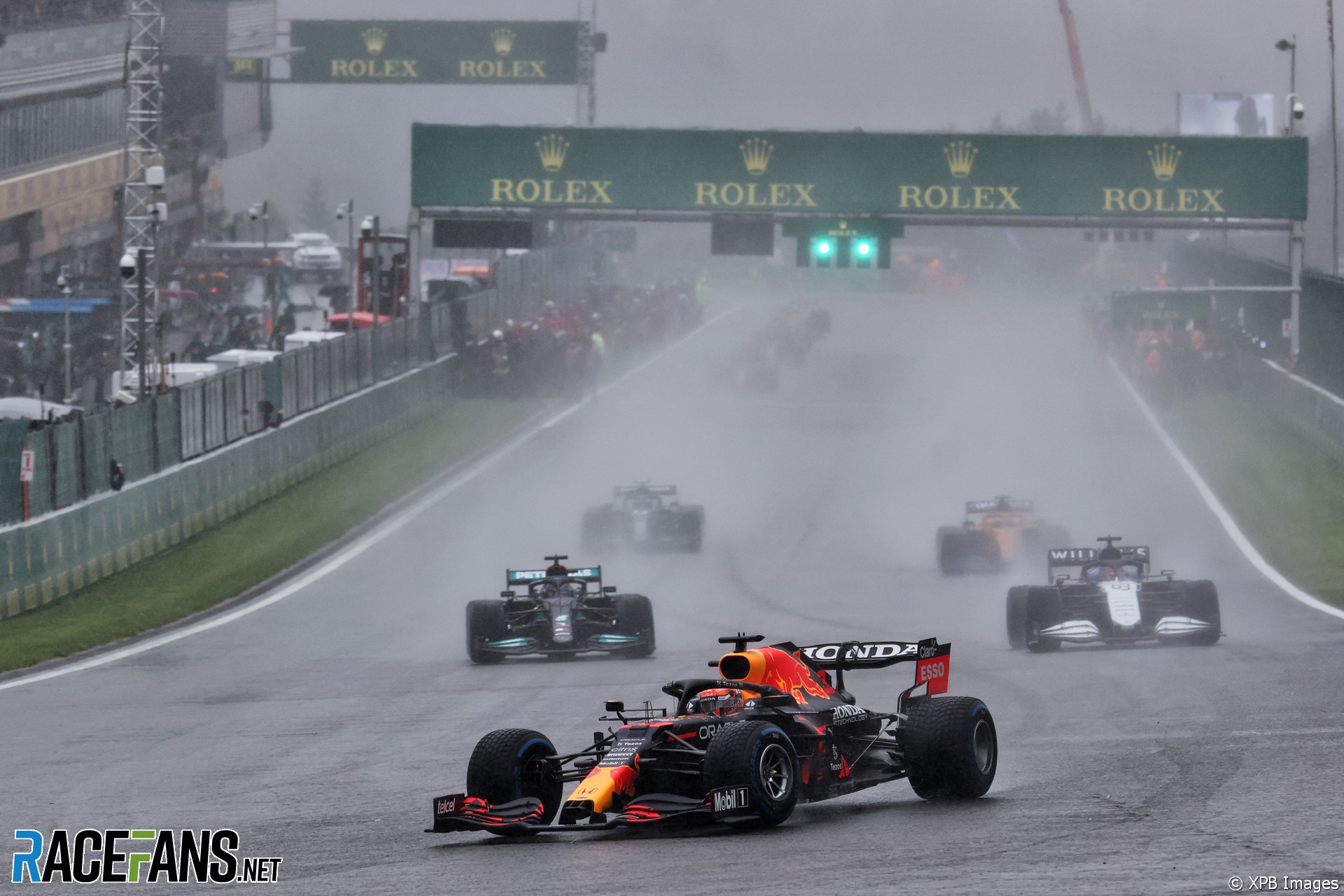 Max Verstappen was classified as the winner of the Belgian Grand Prix which was abandoned after just three laps, all of which took place behind the Safety Car.

George Russell was classified second for Williams and claimed his first podium in the shortest race in Formula 1 history.

The event was finally called off due to unsafe track conditions following over three-and-a-half hours of delays after consistent and unrelenting rainfall.

It was red-flagged after a total of three tours of Spa behind the Safety Car, race director Michael Masi confirmed that the race would not resume. Verstappen took the top spot on the podium, ahead of Russell and Lewis Hamilton.

Before the race, Sergio Perez crashed into the barriers at Les Combes on his reconnaissance lap to the grid, causing major damage to the front of his car and seemingly ending his race before it had even begun.

After a short delay, the drivers were released from the pitlane behind the safety car for a series of formation laps to assess the conditions. With multiple drivers complaining about lack of visibility due to the spray from the track surface, the start procedure was suspended and drivers were told to line up in the pitlane.

Following almost two hours of delay, the stewards suspended the three-hour operational restriction for the race to be completed, allowing for a longer window to potentially start the race.

Eventually, race control decided to attempt to start the race under safety car procedures for a second time. However, the rain continued to fall and the visibility issues that prevented the initial start of the race remained. A one hour race time limit commenced, allowing the race to officially begin.

With conditions proving un-raceable, the red flag was flown and the drivers were called back into the pitlane for a second time. After a short delay, the FIA confirmed that the race would not resume.

Behind Verstappen and Russell, Lewis Hamilton took the final spot on the podium in third.