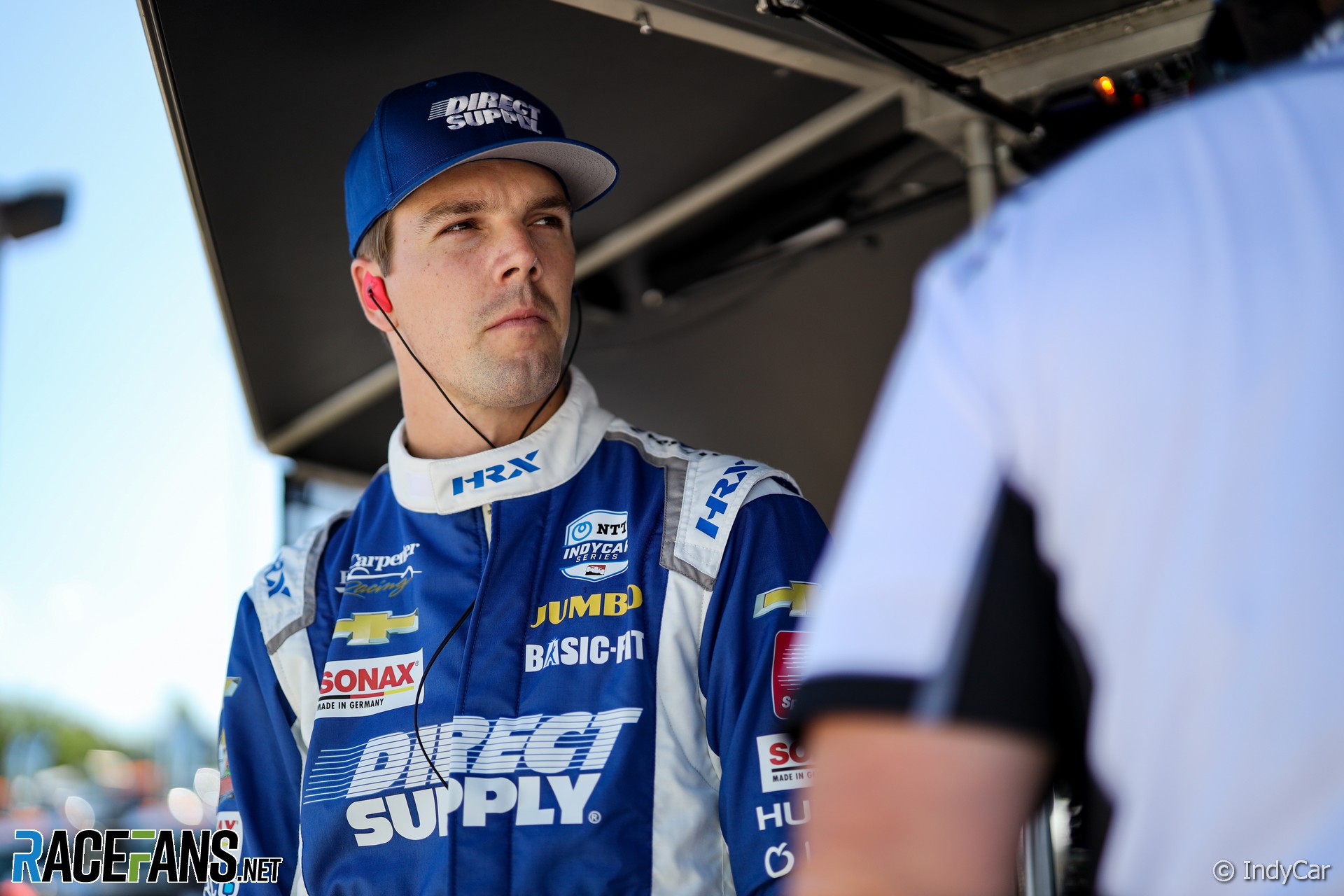 Oliver Askew will return to contest the final three rounds of the IndyCar season with Rahal Letterman Lanigan.

The 24-year-old has already appeared in the series twice this year with two different teams – Carpenter and McLaren SP – as a substitute for Rinus VeeKay and Felix Rosenqvist, respectively.

He will take over the car which was previously entered for Santino Ferrucci and Christian Lundgaard. Askew will compete in the final triple-header of races from next week, which will begin at Portland and carry on to Laguna Seca and Long Beach.

“It’s a fantastic opportunity to run the final three races of the season with such a capable team in Rahal Letterman Lanigan Racing,” said Askew, who will join the team’s regular drivers Takuma Sato and Graham Rahal.

“We had a very productive test together a few weeks ago at Barber and I’m excited to drive the team’s car again, this time in Hy-Vee colours in one of the most competitive racing environments the world has ever seen.”

Askew contested much of the 2020 season with McLaren SP but stood down from the drive late in the year following a heavy crash in the Indianapolis 500. He has also competed in sports cars this year and won the LMP3 class at the Daytona 24 Hours for Riley Motorsports with team mates Gar Robinson, Spencer Pigot and Scott Andrews.