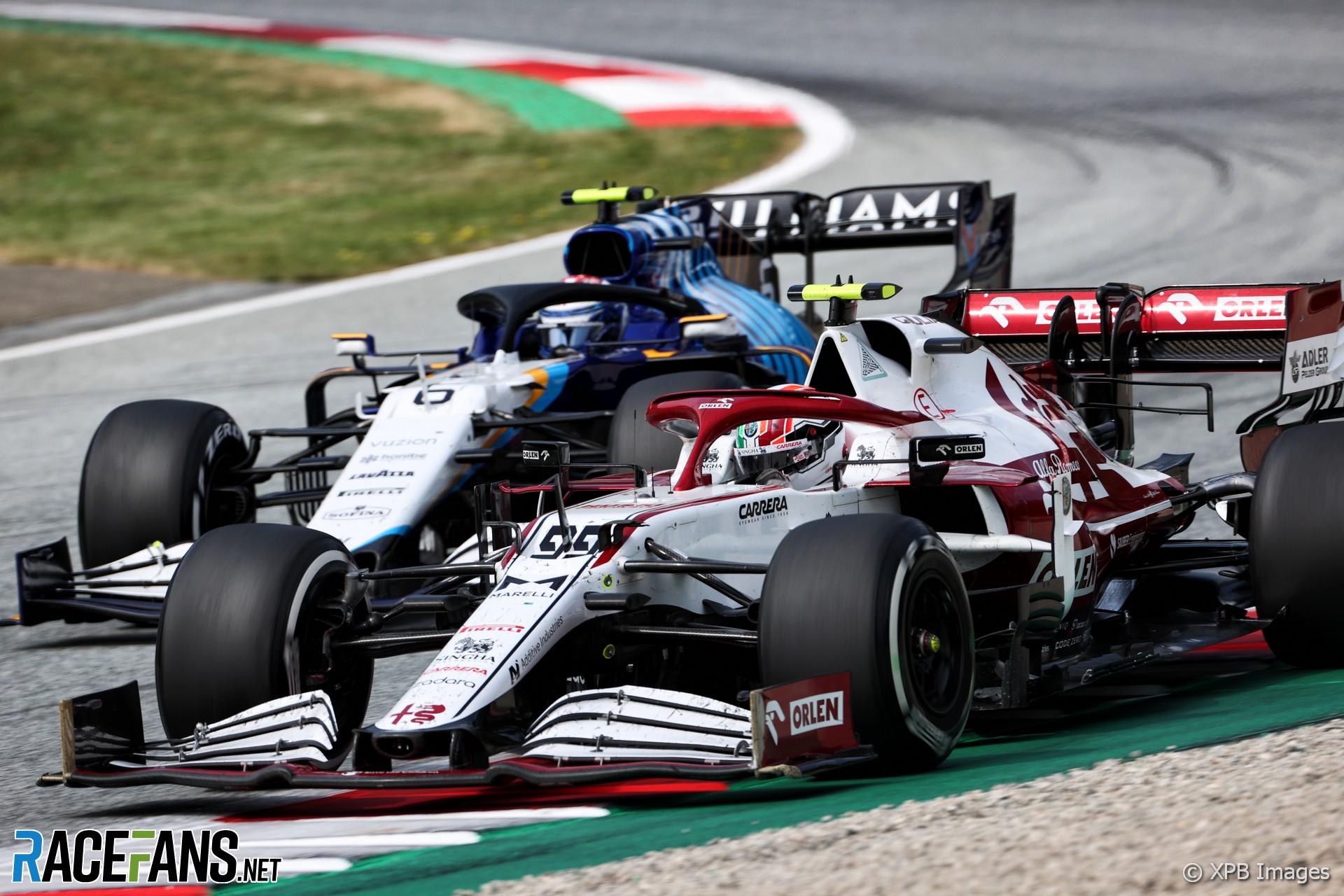 Kimi Raikkonen’s retirement announcement set in motion an extraordinary chain of events that will see his compatriot Valtteri Bottas transfer to Alfa Romeo as his replacement, in turn making space for Mercedes to promote George Russell from Williams – with his place taken by returnee Alexander Albon, temporarily released by Red Bull to take up the gig with the Mercedes-powered team. Announcements to this effect are expected soon.

But the tussle for the second seats at Williams and Sauber is currently concentrating the minds of most team bosses. A bidding war is underway, with top payers likely to get the nod, and two independent teams for once scoring at the expense of the majors, who have an over-supply of promising development drivers and nowhere to accommodate them.

Cases could be made that any of these deserves a seat in F1, to varying degrees. But 11 drivers into two seats is a mathematical impossibility. Compounding the issue is that Mercedes no longer enjoys the cosy relationship it enjoyed with the Williams family after the team was sold to hardnosed investor group Dorilton, while Renault has no allies in F1. True, Red Bull has four seats across two teams, but has seven drivers competing across F2 and F3.

Ferrari traditionally held options over a seat at Sauber, which runs Alfa Romeo, hence Giovinazzi’s placement via the latter. But the relationship between the two Italian car makers is more distant now Ferrari is a listed entity and Alfa Romeo part of the Stellantis stable, having only chairman John Elkann in common. Plus, Sauber’s billionaire owners are on a recovery drive, having ploughed tens of millions into upgrading the team.

Hence team bosses, who spent small fortunes on growing these talents face two choices: farm them out to independents teams on retention options or dump them at the most promising stages of their careers.

However, said bosses have only themselves to blame after collectively shutting out any incoming teams by insisting on a $200m anti-dilution payment upon entry, to be shared amongst the existing 10 teams. In the process they closed the door to at least two, likely four seats, and development drivers are paying the price.

Mercedes boss Toto Wolff defended the entry restriction on Friday in Zandvoort when asked for his position on the matter by RaceFans but conceded that the system needs to change.

“I think that Formula 1 being a closed club, like the American franchises, is what makes it the Champions League of motor racing,” he said.

“But I agree, we need to ensure that talented young drivers have the possibility to come up. What I was always in favour of was not only making mandatory [first practice] sessions [for young drivers] but adding a race or two where those young drivers need to race and actually be part of, for example, the constructors’ championship,” he said, adding that third cars entered solely for rookies should be considered.

However, Wolff’s opposite number at Red Bull Christian Horner believes that F1 is “probably missing a team or two.”

“There is a plethora of young guys in Formula 2 that deserve an opportunity and there are just not the seats to go round at the moment,” he elaborated, “so you are waiting for a Kimi to retire to open up a seat for a youngster somewhere down the chain to come in.

“You have got that age-old problem that as soon as you start dividing up the pie among more members it gets diluted and so there is going to be reticence to do that, hence the topic of the third car.”

Why, though, restrict the ‘franchise’ to the existing 10 teams, not 12? As for FP1 and third cars, these concepts were considered and rejected almost a decade ago. With at least two newcomers willing to enter F1 provided the $200m fee is scrapped, the solution seems obvious. Plus it could potentially save major teams a fortune in ‘pay driver’ fees to rivals.

The matter is further complicated by F1’s desire for a wider spread of nationalities. Thus a driver like Zhou is more sought after by the commercial rights holder than say, de Vries or Leclerc, simply as their flags are already represented in F1, whereas no Chinese driver has yet started a grand prix despite the country being prime territory for the sport and the race promoter paying one of its highest hosting fees. Thus, Zhou enjoys tacit support from F1.

The bottom line is that second seats are now a sought-after commodity, with both Alfa Romeo and Williams able to ‘auction’ a drive. However it is not a matter of the highest bidder wins, but one of doing the sums: Expected sponsor income a driver can generate via their profile plus whatever their benefactor provides in cash and/or in kind, plus expected prize money the driver could deliver via results equals the drive. A complex calculation…

Thus it may take a while before the final remaining seats are filled, for the independent squads are smart enough to hold out for more, while the major teams are facing contract renewal time. All this means that pay drivers such as Nicholas Latifi and Nikita Mazepin, whose families underwrite their drivers via their companies, are not guaranteed a berth for next year unless they enter into an inevitable bidding war.

The smart money is on Zhou and de Vries finding seats for reasons as outlined, while the rest await some or other senior driver retirement or hope that the grid expands in the very near future. In the meantime F1 faces the danger of missing out on an incoming crop of talented drivers primarily due to the myopic ‘anti-dilution’ fee.