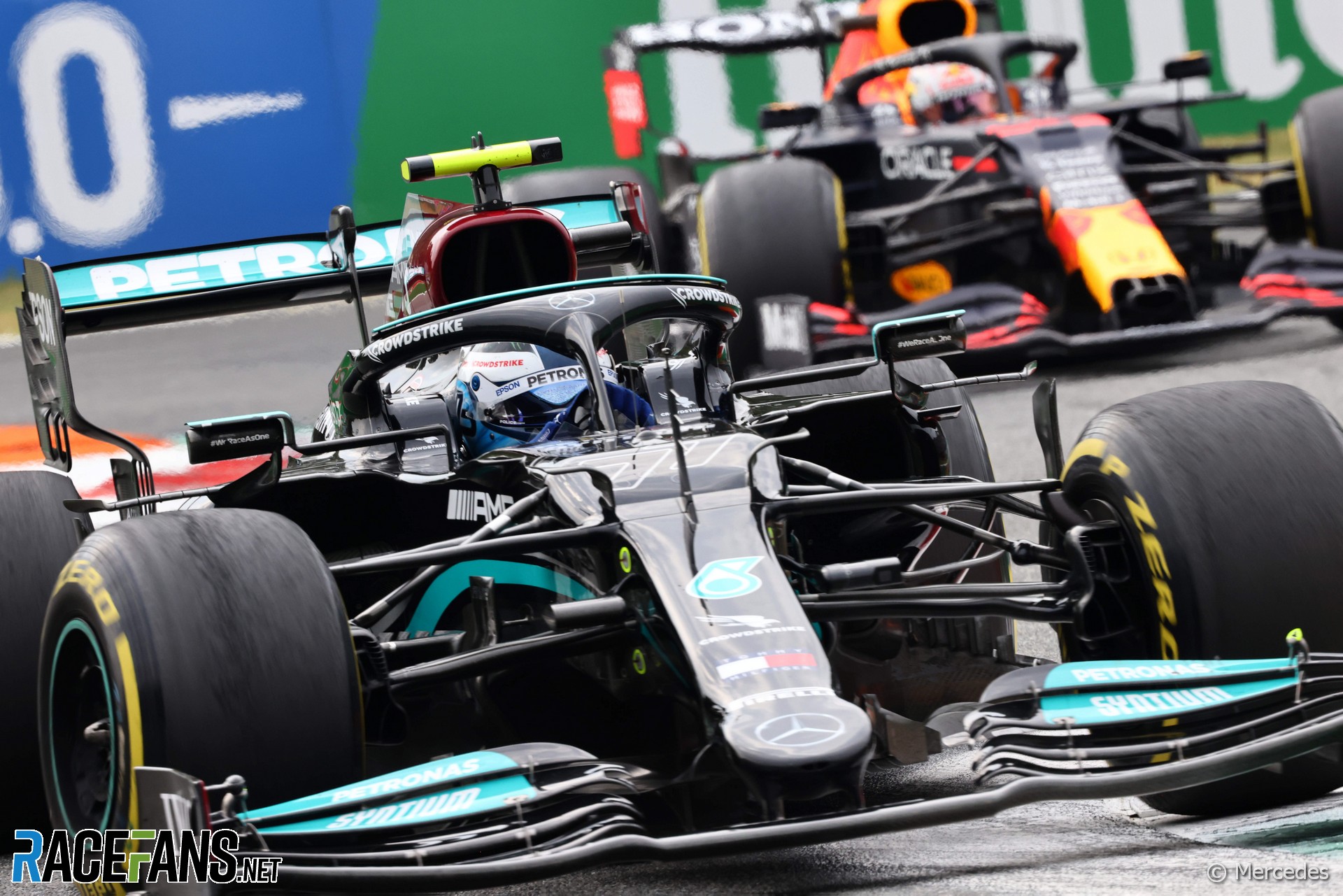 Their top world championship contender starts from second on the grid behind his team mate. Pole-winner Valtteri Bottas has already helped the team’s leading driver maximise his points score this year.

The team cannot afford to leave Bottas out ahead until the end of the race and take points off Lewis Hamilton. That much was clear when they told him not to set the fastest lap at Zandvoort, and it is just as true this weekend.

Mercedes team principal Toto Wolff is not relishing the call he may well have to make. “I don’t want to talk about that yet because we are not in a situation that we’re running first and second on the road,” he said on Friday evening.

“If that were the case, then for sure there is decisions that are to be discussed that are very difficult from a racers’ standpoint. And I’m speaking about myself, I don’t like any of this.”

But he left it in no doubt that if the team wants Bottas to let Hamilton then, just as they did at Sochi three years ago, it’s going to happen. “This championship is so tight that these calls need to be made.”

Of course there are many ways it might not come to that, though no doubt Wolff would relish the likeliest options even less. Max Verstappen might split the Mercedes pair at the start and finish the race in between them. Not only would that take another point off Hamilton, it would put Verstappen on pole position for the grand prix, after Bottas has taken his power unit change penalty.

Or we could see some kind of drama at the start. The extremely tight Rettifilio chicane and the narrow run down to it offers plenty of scope for drivers to get into trouble. The cars chasing the two Mercedes drivers away from the grid will have the benefit of a slipstream from them.

The temptation for Mercedes to choreograph the start will be strong. They are well-placed to box Verstappen in and help the two McLarens, with their strong top speeds, to take a pop at him. The McLaren pair also have a championship situation to consider, however: Their starting positions give them a significant chance to cut into Ferrari’s points advantage.

It’s going to be a nail-biting start to the race. From there on it remains to be seen, but several drivers have given pessimistic assessments of the likelihood of being able to pass.

All drivers have a free tyre choice for both races this weekend. Pirelli suspect the majority will opt for medium on Saturday, though some may risk starting on the soft, as at Silverstone, in a bid to gain places. However the potential benefit of doing that is expected to be less at Monza than it was at the first sprint qualifying race.

Mercedes split the tyre strategies between their two drivers in the first sprint qualifying race at Silverstone as they tried, unsuccessfully, to get third-placed Bottas ahead of second-placed Verstappen. The soft tyre gamble could make sense for Red Bull this time as they bid to move Sergio Perez forward from his ninth place on the grid into a position where he can help Verstappen again in the grand prix.