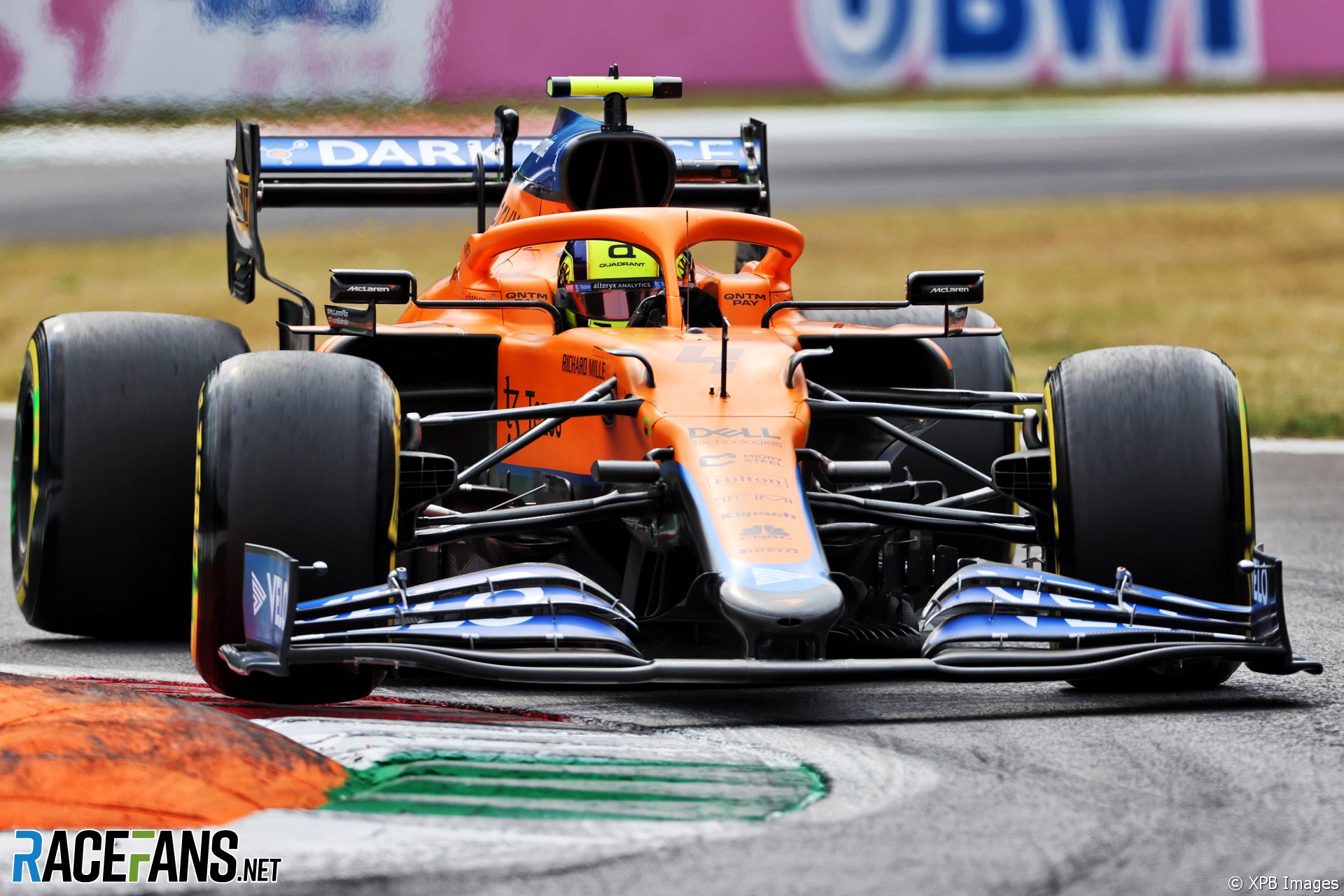 Lando Norris is hopeful of fighting Max Verstappen for third place in tomorrow’s sprint qualifying race ahead of the Italian Grand Prix.

The pair will share row two on the grid at Monza tomorrow having been separated by just two-hundredths of a second at the end of qualifying.

McLaren “made some good improvements” to their car in the single hour of practice before today’s qualifying session, said Norris.

“It’s been good since the start, which is nice, and we’ve just been able to work on it quite a bit. So it was good.

Norris has team mate Daniel Ricciardo immediately behind him in fifth place while Sergio Perez lines up ninth in the other Red Bull. McLaren may have a chance to beat Red Bull this weekend, Norris believes.

“I think we just need to stay where we are. If we can have an opportunity to maybe overtake Max – I think we’re maybe a bit closer to him, the Mercedes are a long way up the road so I don’t feel like we’re really racing them – but we could have a chance against against the Red Bulls.

“We’re ahead of Perez and almost ahead of Max. But we’ll wait and see. I’m not sure. We have to look at out high-fuel pace.”

11 comments on “Norris sees chance to fight Verstappen for third”