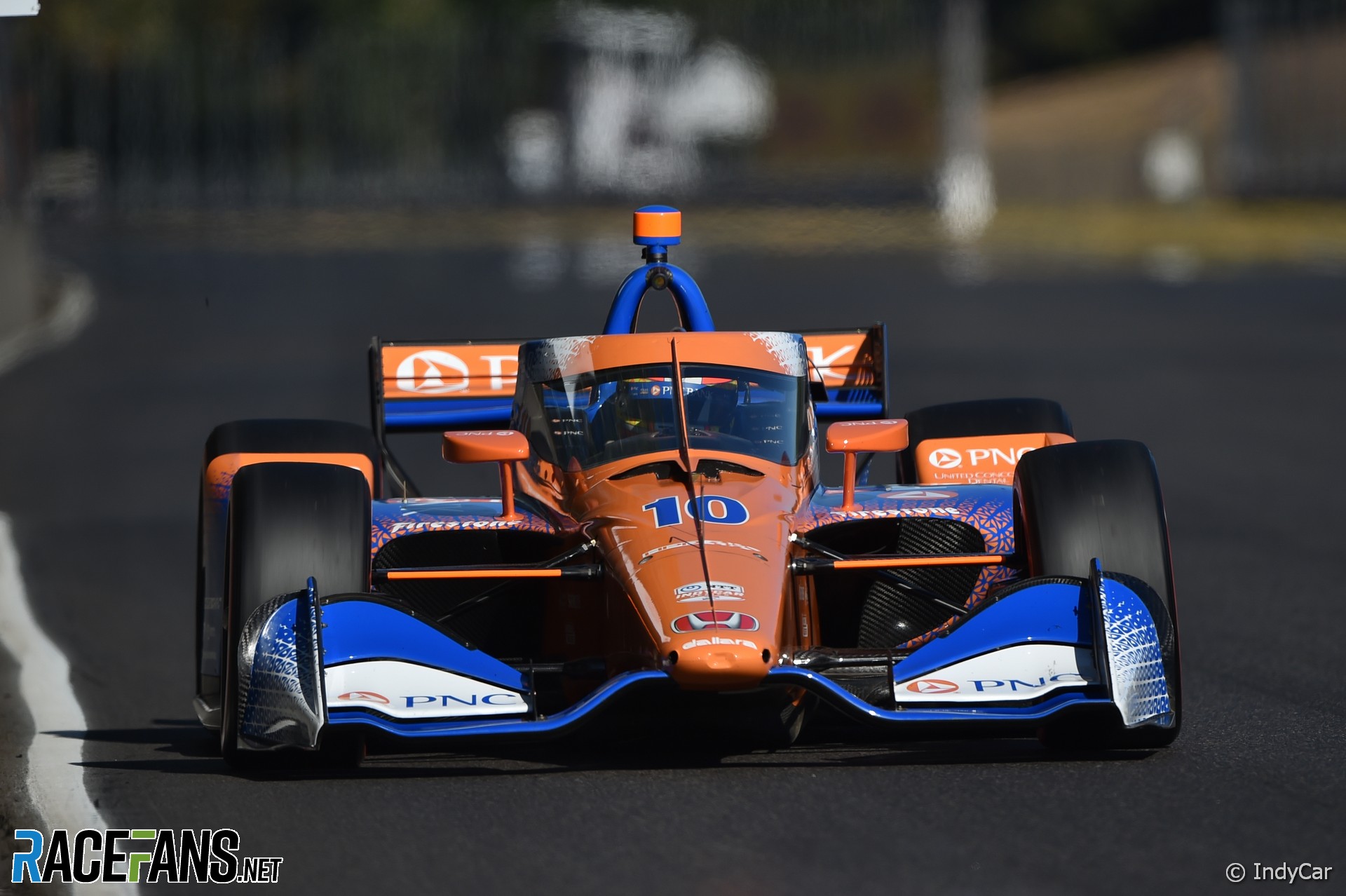 For the first time in the IndyCar Series, Álex Palou has driven to pole position. Palou set the fastest time during Saturday qualifying for the Grand Prix of Portland, clinching a crucial championship bonus point that brings him within nine points of championship leader Patricio O’Ward.

Palou had previously started on pole for the first race of the Texas Motor Speedway double header, but the grid order for that event was set by entrant points after qualifying was cancelled due to weather. This time, Palou earned pole position by advancing into the Fast Six phase, and setting a lap of 58.770 seconds to take his first official “P1 Award.”

Alexander Rossi was less than a tenth of a second behind Palou, and will start second in tomorrow’s 110 lap race. Defending IndyCar Series champion Scott Dixon qualified third, ahead of Felix Rosenqvist in fourth, and Graham Rahal in fifth. The top five drivers in the Fast Six stage set their fastest lap on a used set of alternate compound tyres. Colton Herta gambled on a new set of the harder primary tyres, but could only manage sixth out of those who advanced into the last stage of qualifying.

There was drama at the end of the second round of qualifying, when Rosenqvist bumped his McLaren SP teammate – and championship leader – Patricio O’Ward out of the fight for pole position. O’Ward will start tomorrow’s race in seventh. Ed Jones starts eighth ahead of Oliver Askew – driving Rahal Letterman Lanigan Racing’s number 45 entry – in ninth and Marcus Ericsson completing the top 10.

Two-time series champion Josef Newgarden was perplexed over a lack of pace during first round qualifying that saw him finish deep down the order in his group. He will start in 18th place, far away from the rest of the championship contenders. However, winning from deep in the field is not unprecedented at Portland, as Takuma Sato won from 20th on the grid in 2018.

Ferrari Driver Academy prospect Callum Ilott will start 19th in his debut IndyCar race with Juncos Hollinger Racing. Ilott was able to move up the grid as a result of a number of penalties handed out after qualifying.

Romain Grosjean had his two fastest laps from first round qualifying deleted for impeding fellow Rookie of the Year contender Scott McLaughlin. Grosjean will drop down to 21st on the grid. Sato and Rinus VeeKay were given six-place grid penalties prior to qualifying for unapproved engine changes, and will start 25th and 26th respectively. Meanwhile, Ryan Hunter-Reay was unable to take part in qualifying at all due to a mechanical problem in practice earlier in the day, and will start 27th and last tomorrow.