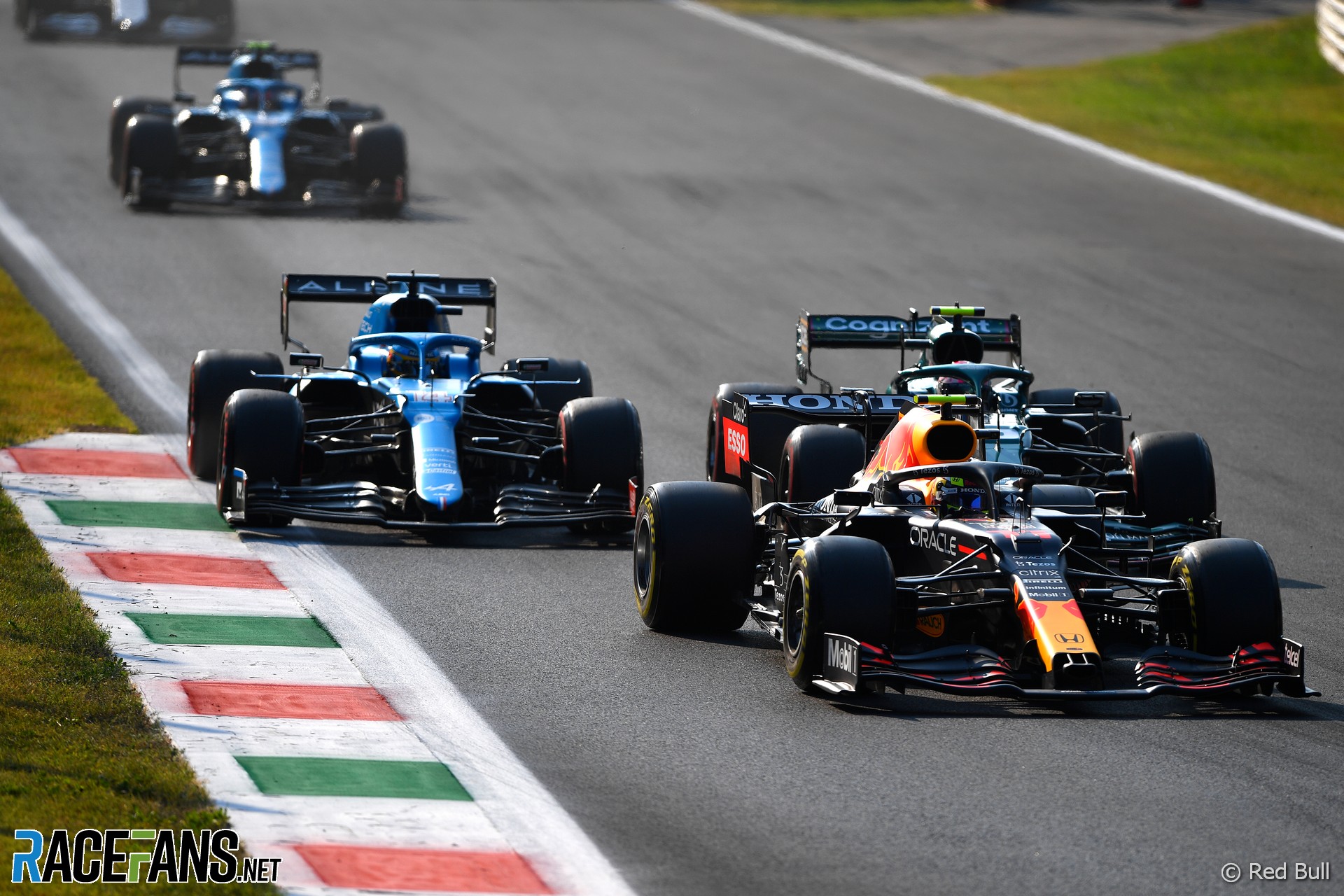 Sergio Perez has rubbished Formula 1’s sprint qualifying format, saying it is as dull to compete in as it is to watch.

The format returned at the Italian Grand Prix weekend and produced a processional race. Perez was one of few drivers to overtake a rival during the 18-lap encounter but had nothing positive to say about it.

The Red Bull driver said the sprint qualifying race felt “the same” as it had when it was run for the first time at Silverstone. “Just very boring.

“There’s nothing happening in it. I don’t see the benefit of having the sprint race. I can imagine it’s also boring for fans, boring for drivers. It doesn’t bring anything to be honest.”

Formula 1 is considering changes to the format for next season. Perez doesn’t believe it enhances the race weekend.

“I think at the moment, how it is, the current format, I don’t feel it brings anything. Obviously it’s done to improve the show and we’ll see if the fans are happy with it.”

Perez says Formula 1 needs longer distance races to produce action. “The problem that we have is with the current Formula 1 cars, to actually overtake, you need a very big delta [lap time difference] across cars. To achieve that, you have to have some kind of degradation.

“I think they’ve probably taken the wrong tracks, as well. But I don’t know where it can be a good place to try it. But the problem is [it’s] too short and you don’t hit any degradation.”

Formula 1 motorsport director Ross Brawn said he was surprised how difficult drivers found it to overtake in the sprint qualifying race.

46 comments on “Sprint qualifying is boring for drivers, boring for fans and adds nothing – Perez”