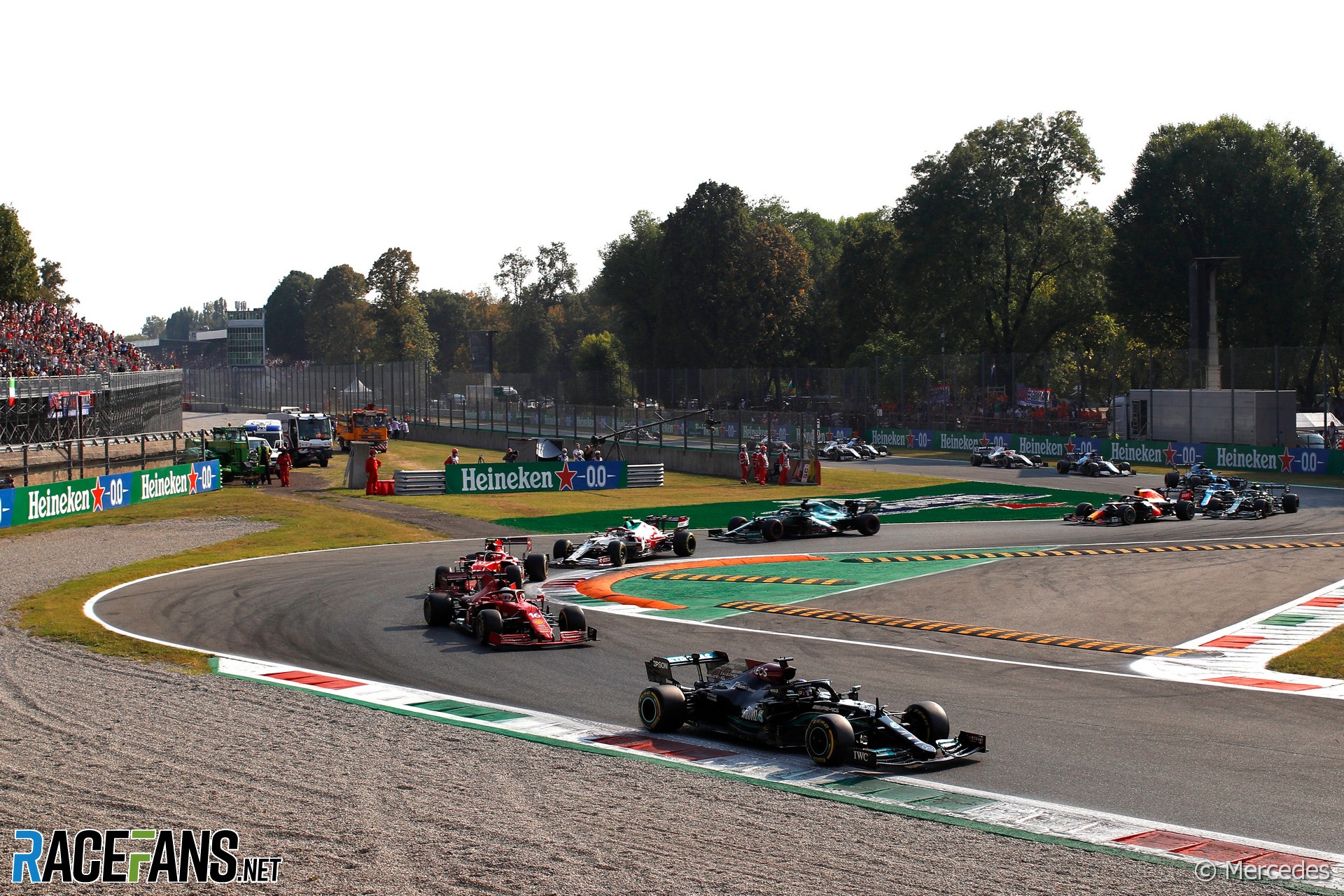 The series is considering potential changes to the format for next season. But Wolff, whose team won yesterday’s sprint qualifying race, described the proposals as ‘confused’ and argued for F1 to drop it.

Wolff said it was little surprise yesterday’s event failed to produce an exciting race and that shifting between formats from weekend to weekend generated confusion.

“First of all, everybody’s confused,” he said. “I don’t know how it is with you, I don’t even know what session is when.

“I believe that the sprint race format, as it stands at the moment, doesn’t give a lot of benefit because nobody will take a serious risk. There’s too little points at stake and the risk of compromising your Sunday grand prix with points all the way to tenth position is just not worth the risk.

“So what we’ve seen today is a combination of general difficulties in overtaking because the straight-line speeds are very similar. But also because even at turn one and two, nobody takes a risk.”

F1’s third and final running of the format is due to take place at the Brazilian Grand Prix in November.

“Let’s give it another try in Brazil, let’s see if there is anything that changes,” said Wolff. “But that was a worthwhile experiment and for me – and, this is just a personal opinion or the opinion of my engineers here – it’s not fish, not meat.”

The sprint qualifying trial was agreed following a 2020 season which was largely dominated by Mercedes. However Wolff says the closer championship fight F1 is enjoying this year shows fundamental changes to the race weekend format are not needed.

“We’ve resisted in the past experiments because they were just too controversial and mainly, also, against what the sport stands for, and that’s real racing.

“We have great personalities now and it’s broadcasted in the right way. And people know that it’s a meritocracy, best man and best machine wins. And you can see this year there is just more cars that are really competitive and a really good fight at the top.

“So whatever conclusion we take altogether – the teams, the FIA and FOM in F1 commission – whether we discontinue or we continue, I think we need to do it with a fine-toothed comb.”

F1 needs to be prepared to drop the format if it cannot be improved, said Wolff. “We have too much responsibility for our sport to just freestyle with regulatory changes.

“If Brazil proves to be an exciting race, maybe there will be appetite to continue. But some of the suggestions that have come up is just confused.”

F1’s motorsport director Ross Brawn has suggested improving the format by severing the connection between the Saturday race and Sunday starting position, awarding more points and reversing the grid to encourage drivers to take more risks. Wolff, who vehemently opposed past attempts to introduce reverse grids, said he “remains in the same position” on that change.

“It’s diluting the DNA of the sport of a meritocracy. I think sprint races is worth the try, I’m not sure we will keep them. But the reverse grid can be done in junior formulas where you want to see the overtaking abilities of drivers and it’s not something we should even come close to in Formula 1.”

He believes F1 should essentially retain its current format, but further reduce the amount of practice teams do on Friday, and potentially reinstate the Sunday morning pre-race warm-up which was last seen in 2002.

“Start Friday afternoon with FP1, do a Saturday morning FP2, do a conventional qualifying like we do on a fantastic grand prix on Sunday,” said Wolff. “And maybe you want to do some warm-up Sunday morning, I don’t know, maybe that can add a little bit more respect for the people.

“But in any case, I would just shorten the free practice session so there is more variability in the results to keep the rest like it is.”