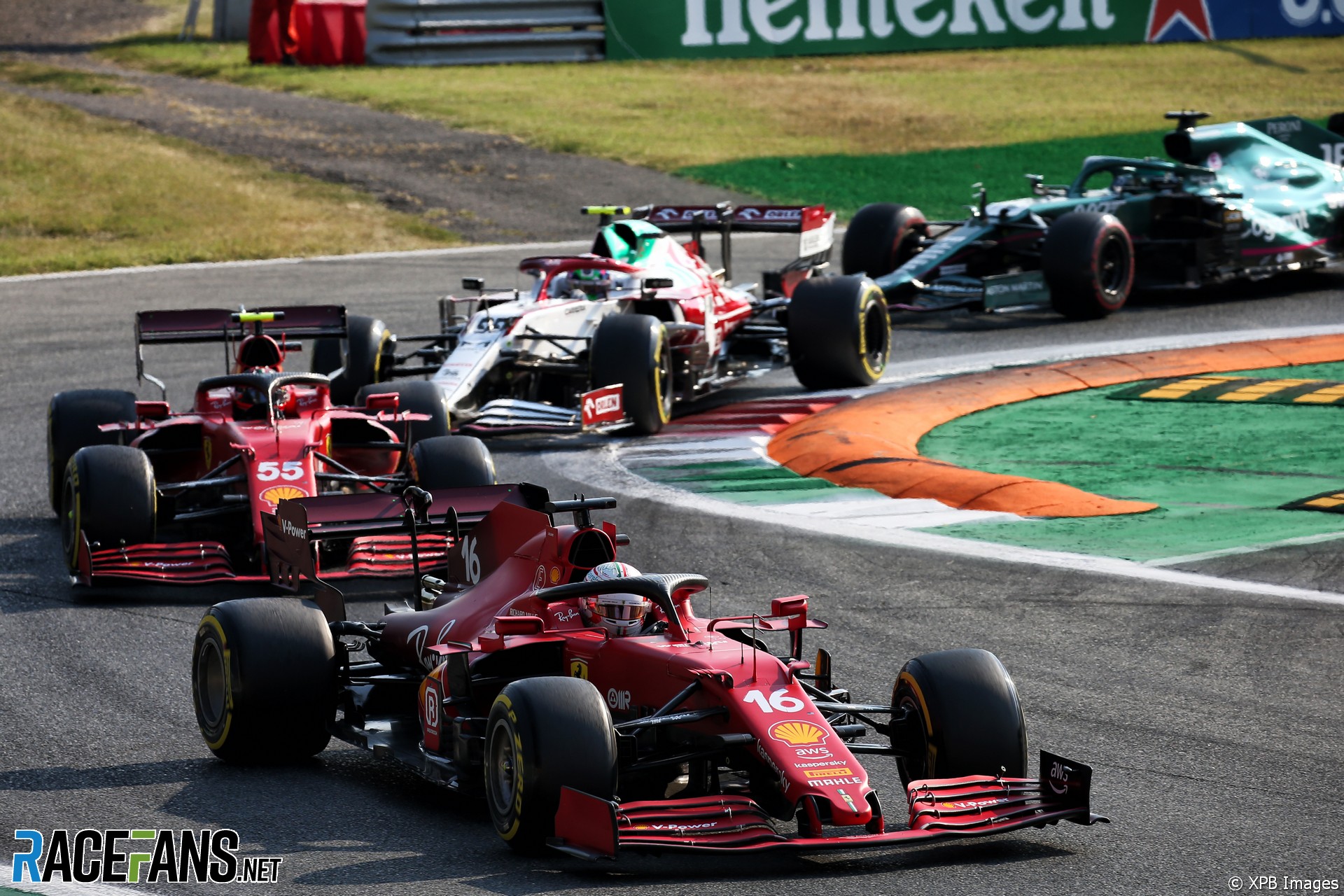 In the round-up: Charles Leclerc explained his request to end second practice early was due to an unexplained dizzy spell.

Charles Leclerc returned to the Ferrari garage five minutes early, during second practice, and was unwilling to explained why over the radio.

After the session Ferrari clarified that the reason for Leclerc’s early finish was he had been feeling unwell. Leclerc said it came “quite suddenly” but added he is “confident it will be all fine tomorrow.”

“I was just feeling very, very dizzy and and very bad in general,” Leclerc explained. “I wasn’t feeling great either for the race, not 100 percent.

“But at the end, what was the most important is that I could deliver my 100 percent. And that’s what we did as a team by finishing sixth and seventh. With starting fifth and sixth tomorrow so it’s all good.”

Russell’s front wing “collapsed” on one side

George Russell, who fell behind team mate Nicholas Latifi during the sprint qualifying race, said he had been compromised by a poor start and damage to his front wing which made his car impossible to steer.

“It was going alright, the pace felt good and then we had a problem with the front wing,” said Russell. “On one side of the front wing it just completely collapsed.

“I just had massive understeer, which was the first time all weekend. But unfortunately, it was so extreme I just couldn’t really catch the cars ahead so it was good recovery, considering we just been really pretty poor start.”

Russell explained his loss at the start of the session as not being used to the much lighter fuel load in cars for the short, sprint events. “It’s difficult because we’re so used to starting with 100 kilos of fuel in the car.

“Now, when you’ve got one third of that, you have to change your procedure quite a lot. And I think just got it wrong today, but only ended up one position lower than I started.”

Despite deputising for Kimi Raikkonen at the Dutch and Italian grands prix, Robert Kubica says he does not believe himself to be a serious contender to drive alongside Valtteri Bottas at Alfa Romeo in 2022.

“I have learnt from my life that everything can happen from day to day – positives, negatives. So never say never,” he explained. “But realistically, I think are some other drivers who are probably higher in the list, I don’t know.”

Kubica said that his return to F1 had been a surprise interruption to what he thought was his main racing programme, driving an LMP2 in ELMS. “I have my racing programme with endurance racing, which of course, normally I’m focussing all [my] attention there. This has been different, since Zandvoort, because I’m here. But I don’t know what what that will bring.”

Bent Viscaal looking for a bin after the podium for his alcohol-covered mask and refusing to leave it on a table… That's a good kid right there.

Remember our podium bet, @DanielRicciardo? Just warming it up for you. 🏁 #DR3 #3forever @DaleJr pic.twitter.com/nFILfKCKRD

Ariana Bravo: my race and gender don't affect my ability to do my job (Females in Motorsport)

"I don’t go into my work with my gender or my race at the forefront. I focus on the fact that I’m here to do a job. It’s not something that dictates your ability to be good at your job."

"We had a good start and from there we were calm and looked after our tyres. I have to say Bent was really, really intelligent. He had a chance at the end to pass Beckmann, who was struggling a bit with his tyres and got P2."

Looking at Théo Pourchaire’s exceptional performances in the Monza F2 races, Nerrticus argues that he may be young but 2022 would be a perfect opportunity for a rookie to enter F1.

I know money (Zhou) or politics (De Vries) will likely win out but come on Alfa, you know Theo has a much higher ceiling than those two. Invest in your future now.

To me, making the move for 2022 is actually an advantage because of the regulations. Sure, Theo is learning a new car but the other drivers (and teams) will be learning how these cars handle as well. I think it would ease the transition and make him more competitive from the start.
@Nerrticus