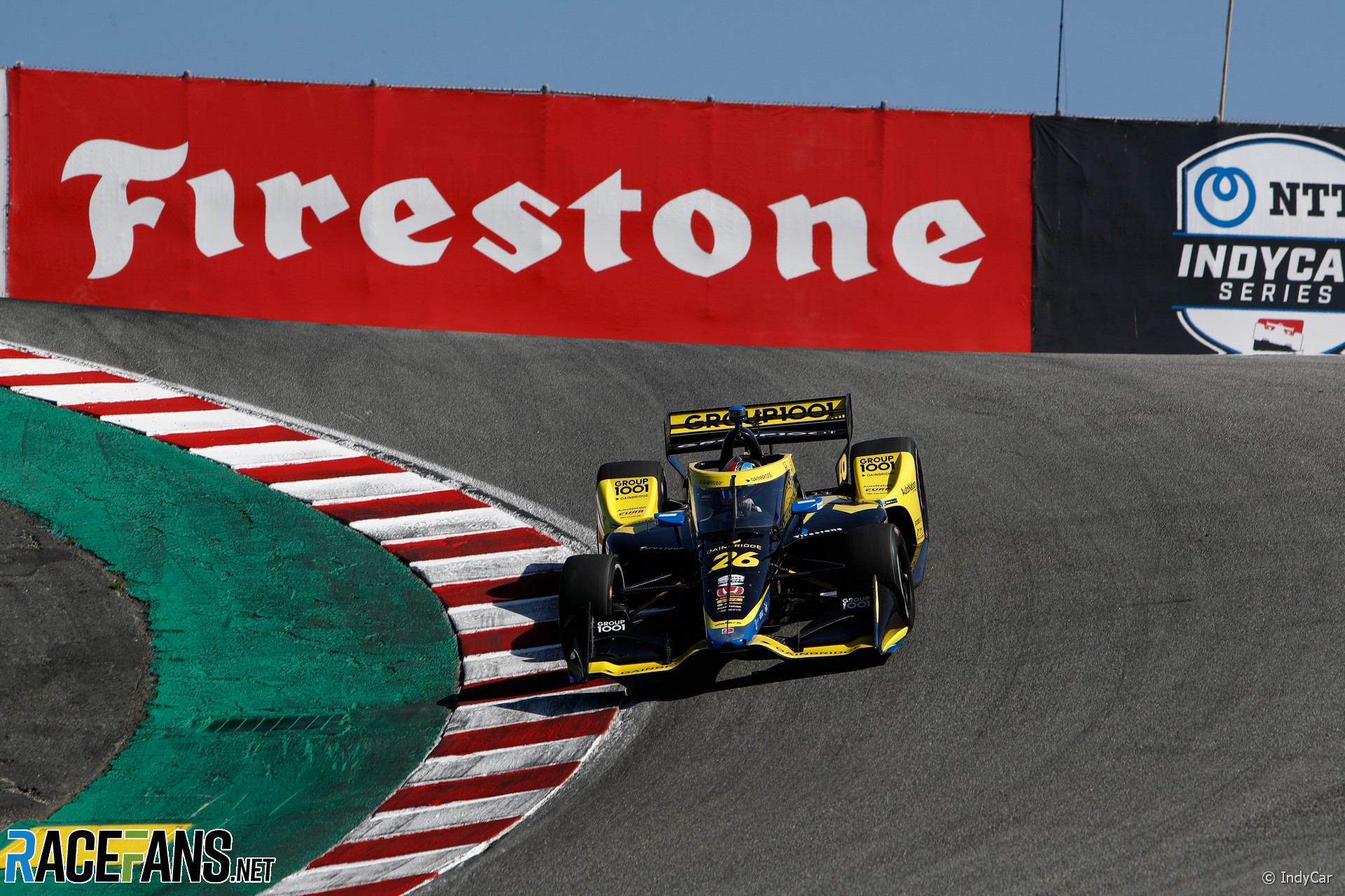 Herta set a lap time of 1’10.799 as the chequered flag came down on the Fast Six phase of qualifying, to take his third pole of the season. He won from pole in 2019, the last time IndyCar raced at the circuit – following the cancellation of the 2020 Grand Prix of Monterey due to the Covid-19 pandemic and its effects.

Andretti Autosport team mate Alexander Rossi qualified in second, to make it an all-Andretti front row. Will Power narrowly missed out on pole position in third, ahead of Palou in fourth. One of the great, positive surprises of the day was the form of Oliver Askew, who qualified fifth for his best grid spot of the season.

Patricio O’Ward, who is second in the championship table, spun off at the bottom of the Corkscrew during the Fast Six stage. For bringing out a local yellow flag, he lost a lap time which would have placed him fifth on the grid – he will now start sixth, behind Askew.

The first major upset in qualifying was during the first round, in Group One. Josef Newgarden, who led the first practice on Friday evening, was only ninth out of thirteen cars in his qualifying group – leaving him 17th on the grid. In the second round of qualifying, Ganassi team mates Marcus Ericsson and Scott Dixon ended up on the wrong end of the cut line, in seventh, and eighth, respectively. Of the 23 previous top-flight American open-wheel races held at Laguna Seca, only two have been won from a starting position lower than third.

Romain Grosjean narrowly missed out on a place in second round qualifying, and will start 13th. “I got caught up behind another car on my fast lap and that cost us some time,” he explained.

A communication problem between Rookie of the Year points leader Scott McLaughlin and his Team Penske pit wall also resulted in him missing the second round. McLaughlin will start 16th, after leading the second practice session earlier today. In his second start with the resuscitated Juncos Hollinger Racing, Callum Ilott qualified down in 26th.