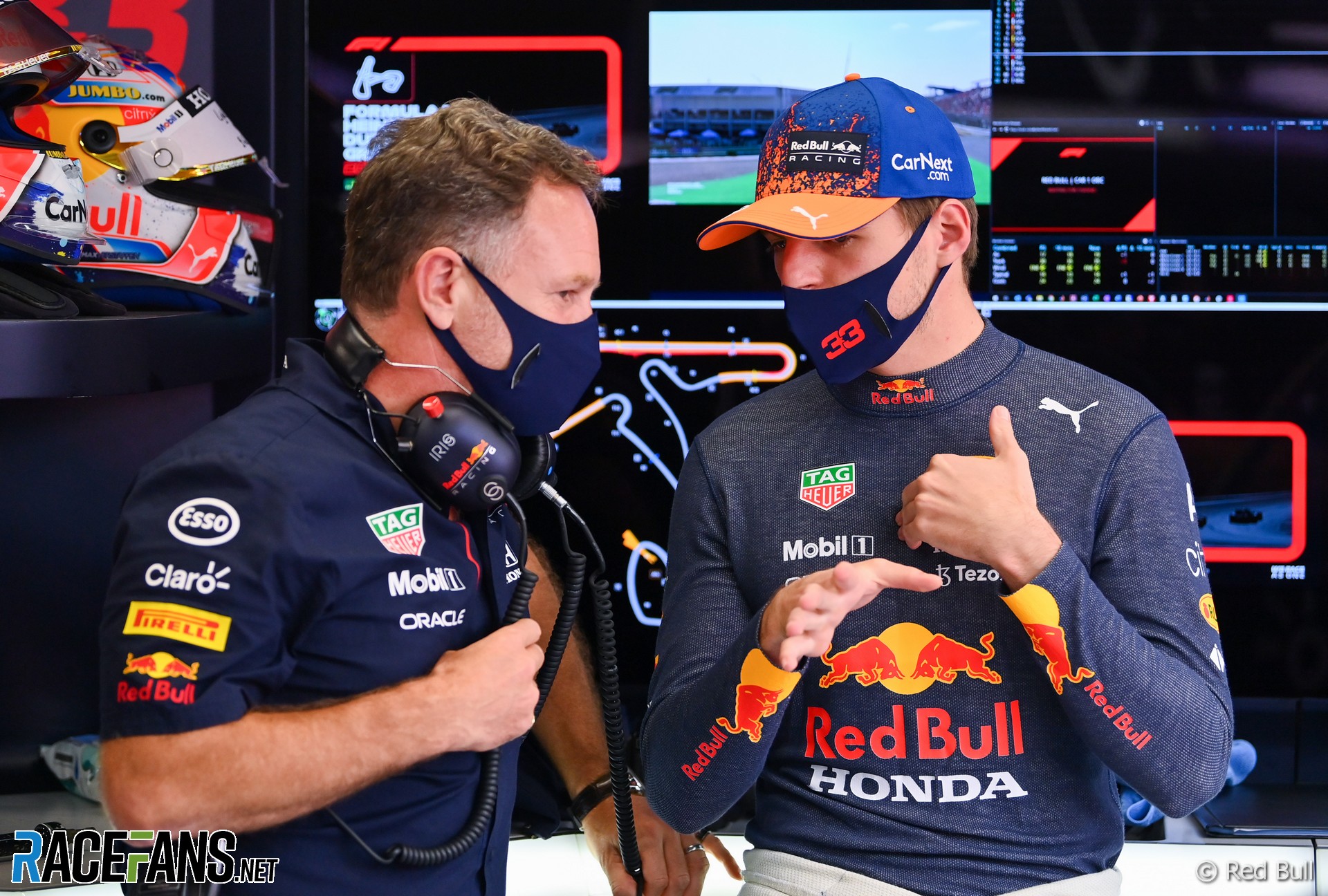 In the round-up: Max Verstappen’s penalty for colliding with Lewis Hamilton won’t compromise him too greatly at the next race, says Red Bull team principal Christian Horner.

Red Bull team principal Christian Horner has played down the likely impact of the three-place grid penalty Verstappen was given as the long run to the first braking zone at Sochi makes it easier for drivers to gain places.

“We have the grid penalty to take for Max,” Horner told Red Bull’s website, “but in Sochi it’s not such a handicap because of the strength of the tow down to turn [two].”

Horner also revealed the team’s slow pit stop which dropped Verstappen behind Hamilton was linked to a recent update to the rules introduced by the FIA.

“There was a rare human error in our pit stop, as a result of the new technical directive but nonetheless something we need to learn from,” said Horner.

Latifi “getting much closer” to Russell

Nicholas Latifi says he’s closed the gap to his Mercedes-bound team mate George Russell over their second season as team mates at Williams.

Last week Latifi started the grand prix ahead of Russell, having gained a place from his team mate in the sprint qualifying race, but dropped behind him during the race. Russell came home ninth, two places ahead of his team mate.

Latifi described the latest round was “much more of a like-for-like in terms of being on-track, sharing the same space on-track for a lot of the race.”

“I know I’m getting much closer, I know in certain instances I could be ahead of [him]. It’s just really putting it all together.

“Especially in the races, when you’re ahead and you stay ahead up until the first stint then everything naturally becomes much easier for you because you get your priority with the pit stop, you don’t suffer as much battling behind.

“So it all obviously stems from qualifying in the end. I was able to get ahead of George in the sprint quali and that makes it easier. But I think the improvements are coming.”

What might Stoffel Vandoorne and Dale Coyne be chatting about at Laguna Seca this morning? pic.twitter.com/RFaUxrHPKl

"I was never really in doubt. Except around the pit stops. I thought if someone’s got a lot more pace, they’ll undercut or overcut or whatever. But other than that, on track, I was very convinced we were going to hold onto to first place."

Viscaal’s Guest Column: I learn every single time into step in the car (F2)

What do you make of the plans for next year’s calendar revealed here yesterday?

In general, I like this calendar, as from a fan’s point of view, more races can only be a good thing. However, I’m not sure the teams would say the same, and if it is clear that the three triple headers are too much for them, the calendar should be reduced again for 2023.

My main disappointment with this calendar is not having Albert Park as the opening round. There is something particularly special about getting up in the early hours to watch the first grand prix of the season, and it wasn’t quite the same with Bahrain as the first race this season.
@F1frog

Happy birthday to Robk23 and Patrick!