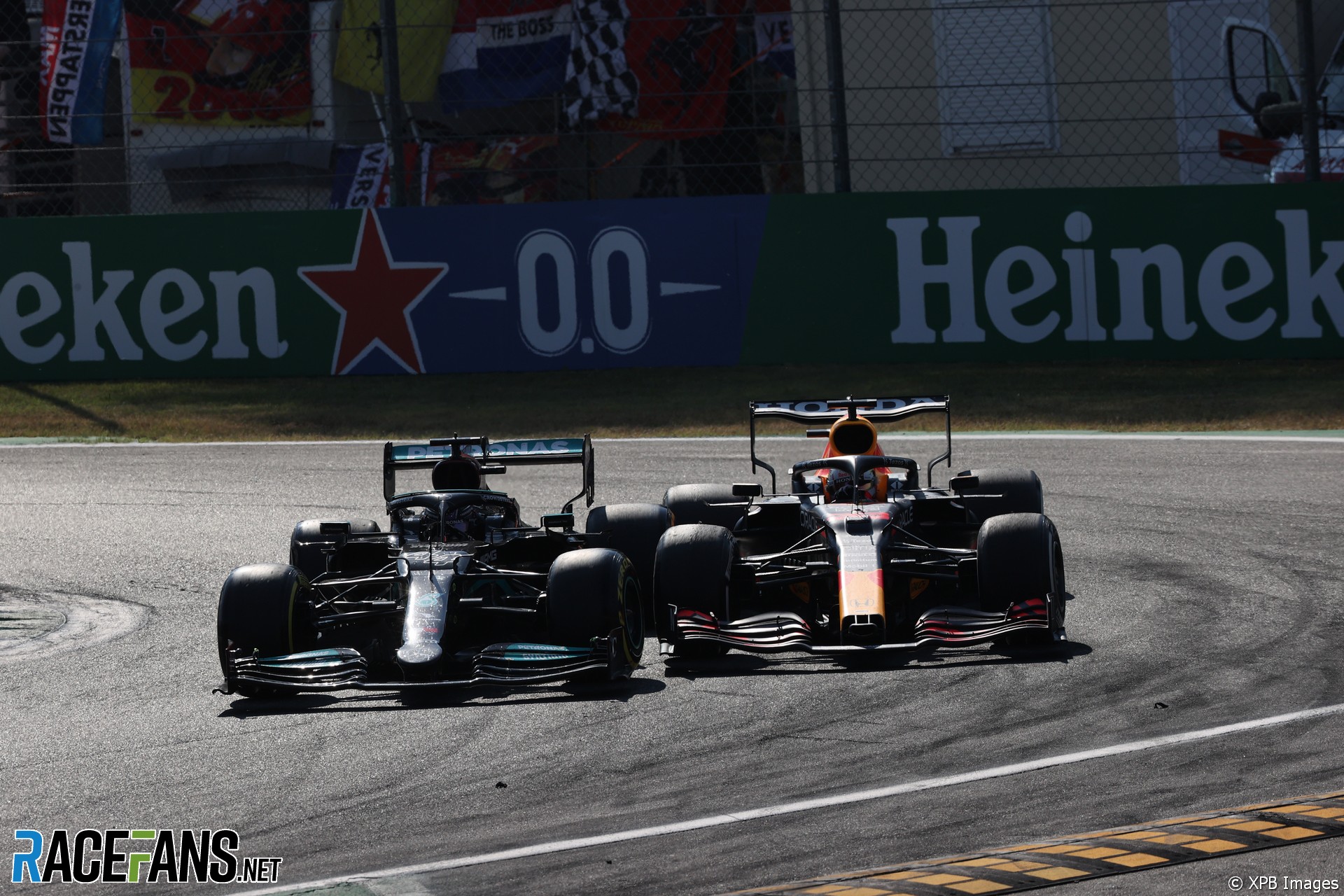 Lewis Hamilton has a significant opportunity retake the championship lead from Max Verstappen at this weekend’s Russian Grand Prix. Here are the talking points for the race.

Verstappen left Monza with a five-point lead over Hamilton at the top of the championship standings but also with a three-place grid penalty for causing the latest collision between the pair. Hamilton therefore has a strong chance of starting Sunday’s race ahead of his title rival and, therefore, overturning his lead.

Historically, Sochi has been one of Mercedes’ strongest venues. No other team has won a race at the circuit since it was added to the calendar in 2014. They may not enjoy anything like the all-conquering margin they enjoyed in many past seasons, but Mercedes will be the team to beat.

As Verstappen is likely to need a fresh Honda before the season is over, this weekend’s race offers a useful opportunity to do that at less cost than usual, as he’s already unlikely to start higher than fourth.

Perhaps more significantly, Sochi is a track with plenty of room for a quick driver to pick off slower cars, as Alexander Albon demonstrated in 2019 when he took a power unit change and raced to fifth (aided by a timely Safety Car).

That said, if Verstappen is quickest on Saturday and therefore bags a place on the second row of the grid, he may prefer to start there. Sochi’s long run to the first braking zone, turn two, offers significant opportunities for drivers to slipstream and take the lead at the start. Pole position is arguably less advantageous here than anywhere else on the F1 calendar.

With his future settled and his Mercedes days numbered, Valtteri Bottas was in fine form at Monza, out-qualifying and out-driving his team mate. He was certainly quick enough to win had it not been for his power unit change penalty.

Sochi is also a track Bottas has a great affinity for. He took his first win at the venue in 2017, scored another last year, and probably would have in 2018 as well had he not been ordered to hand victory to Hamilton. But with both Mercedes and Red Bull leaning on their championship contenders’ team mates to play supporting roles, it’s not hard to foresee a repeat this weekend.

Sochi’s repetitive, characterless layout and generous asphalt run-off have never been a recipe for memorable races. However its track surface, once extremely smooth, has finally begun to develop the kind of abrasiveness needed to increase grip and tyre wear, encouraging the variability needed to encourage a bit more action.

That should be helped this weekend by an unexpectedly busy support roster. Both Formula 2 and Formula 3 will run triple-header events, significantly increasing the amount of Pirelli rubber on-track, improving grip.

However there is also a possibility of rain, particularly early in the weekend, which may complicate the picture.

This is the penultimate Russian Grand Prix which Sochi will hold before the race moves to the permanent Igora Drive track outside St Petersburg from 2023. It has consistently produced processional races, but the intrigue of one of the best championship fights for years will surely made for a significant weekend, even if it turns out to be short on drama.

The crowd has a new local favourite in the shape of Nikita Mazepin. But unusually, he is not allowed to race under the Russian flag, as has been the case all year, as a consequence of a World Anti-Doping Agency ruling.

If you’re heading to Russia for this weekend’s race, we want to hear from you: