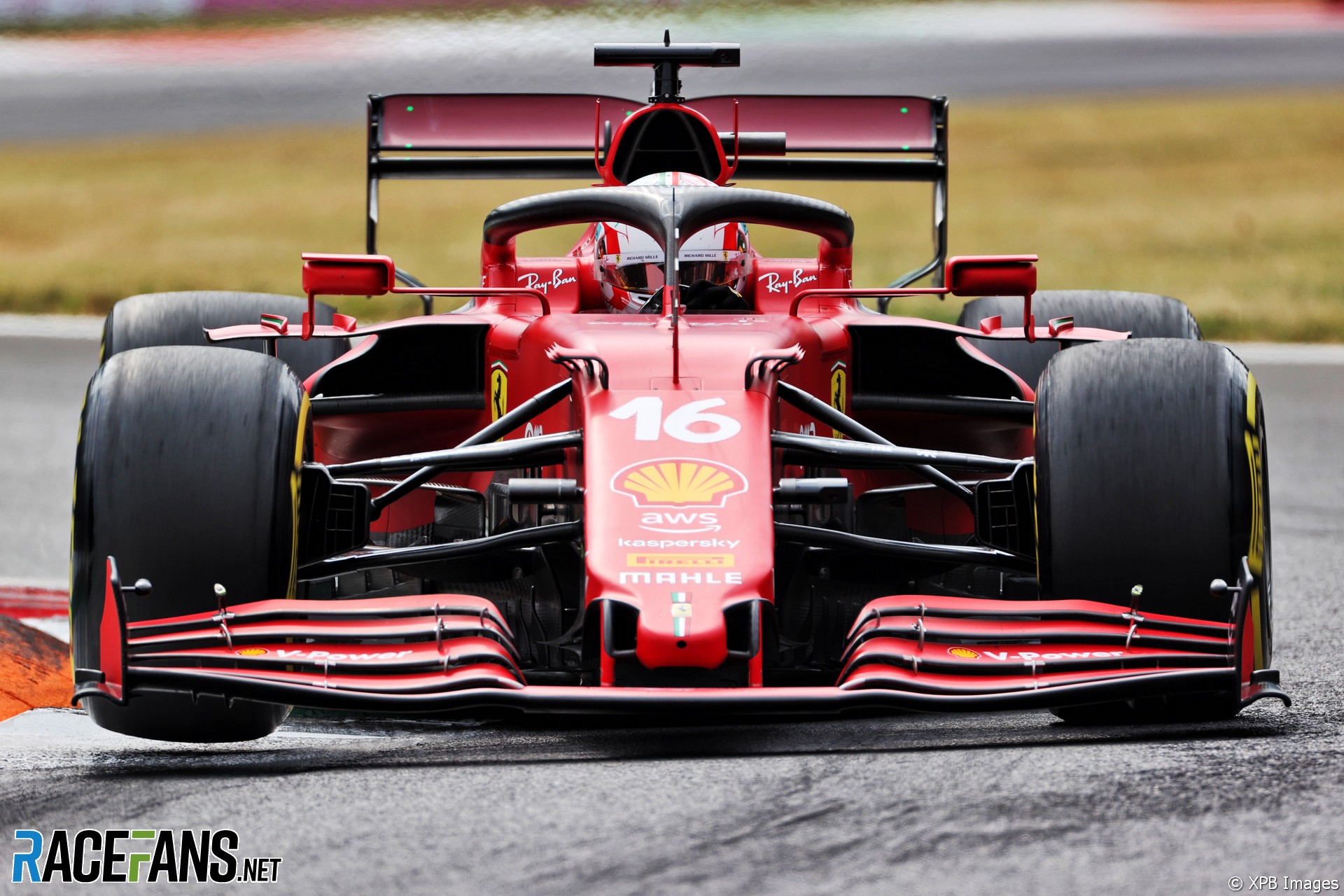 Ferrari will fit their upgraded power unit to Charles Leclerc’a car at this weekend’s Russian Grand Prix, meaning he will receive a grid penalty.

The team revealed during the summer break it would introduce an upgrade to its power unit in the second half of the season.

Leclerc was involved in a heavy crash following contact with Lance Stroll at the Hungarian Grand Prix, after which Ferrari said his car’s power unit was “irreparably damaged.” Consequently, Leclerc had been set to take a grid penalty at some point for a replacement.

Leclerc’s team mate Carlos Sainz Jnr may receive the update later in the season. In a statement Ferrari said “a great deal of effort has gone into this, both technically and logistically, and so as to be able to use it as soon as possible, its introduction will be staggered between the drivers.”

Ferrari will decide whether to fit the new hybrid system to Sainz’s car “following an evaluation of the right compromise between competitiveness and the impact of the penalty”, the team said.

Although introduced under the 2021 season rules, Ferrari said that the “main purpose” of the upgrade’s introduction was “to gain experience for the 2022 car project,” following which power unit specifications will be frozen.

The full list of parts replaced on Leclerc’s car has not yet been revealed but Ferrari’s announcement said that they expected him to start from the back of the grid and that the complete power unit would be changed, including the internal combustion engine.