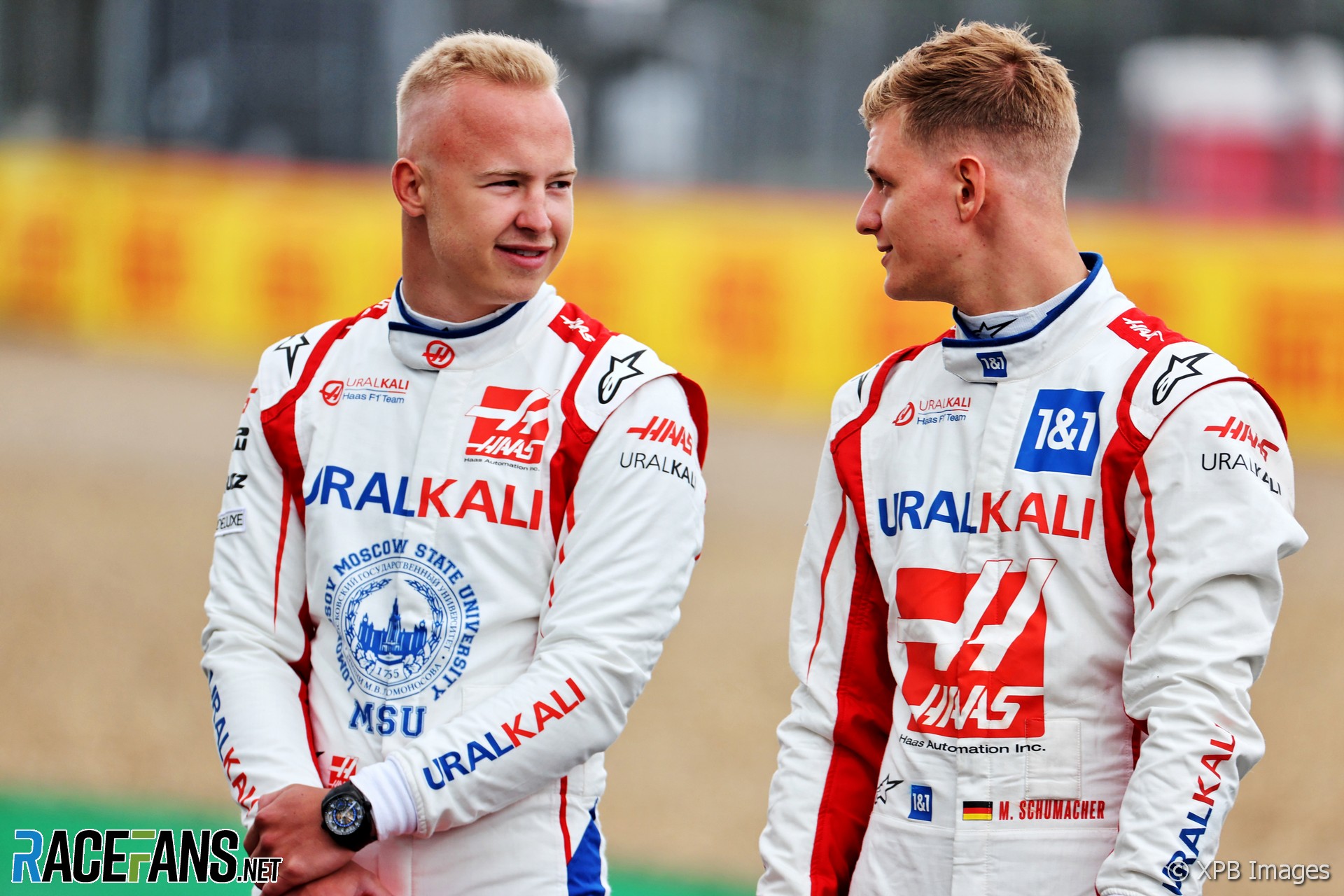 Haas have announced an unchanged driver line-up for the 2022 F1 season, retaining the two rookies which joined the team this year.

The team has confirmed a second season for Nikita Mazepin on the eve of the Russian driver’s home race. Mazepin’s father runs the Uralkali company which joined Haas as its title sponsor this season.

Mazepin will remain alongside Ferrari-backed team mate Mick Schumacher. Relations between the pair have been strained following a series of near-misses on-track, notably at Baku and Zandvoort. The duo tangled collided during the last round at Monza.

Team principal Guenther Steiner said he valued consistency in their line-up after replacing both drivers 12 months ago.

“We knew we wanted continuity behind the wheel in 2022 and I’m happy to confirm exactly that with Mick Schumacher and Nikita Mazepin competing for Uralkali Haas F1 Team next year,” said Steiner.

Haas has consistently been the slowest team on the grid this year and failed to score a point over the 14 races so far. But Steiner said his drivers have benefitted from “the opportunity to learn Formula 1.”

“It’s been a tough season for sure with the package we’ve had,” he admitted, “but at the same time they’ve both embraced the challenge and worked closely with the team to learn our processes and adapt to the rigors of a Formula 1 campaign and all that brings – both internally and externally.

“Now as we look ahead to the 2022 season, we’re confident we can move forward as a team and give Mick and Nikita a competitive race package to make the next step in their Formula 1 careers.”

Schumacher expects the team will be able to compete for points finish with its new car built to drastically different technical regulations next year.

“The first year together with Haas F1 is very exciting and instructive and I’m sure I can bring all the experience I’ve gained into the coming year,” said Schumacher. “New technical regulations, the impressive ambition of the entire Haas F1 team and the support of Ferrari – of course I believe this will bring us closer to the field in the 2022 season and we will be able to fight for points.”

Mazepin said he is “very excited for next year, the new car and simply just to get the opportunity with Haas F1 Team and grow together with them.”