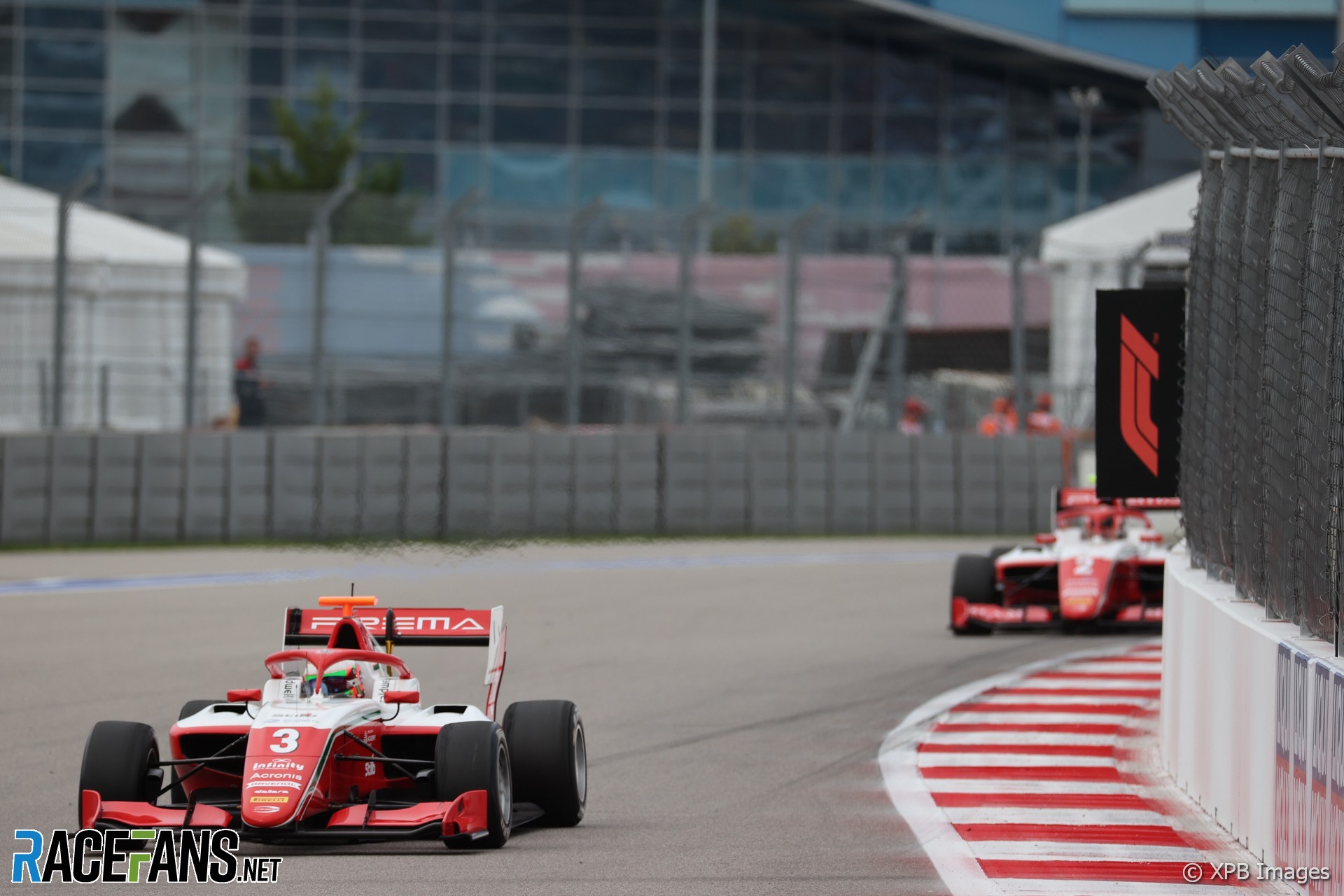 Formula 3 has moved its first race of the weekend forward to today in response to the forecast of heavy rain on Saturday at Sochi Autodrom.

The series’ opening race was originally due to take place at 8:35am local time on Saturday. It will now begin at 17:25 local time today.

The opening sprint race runs for a maximum of 40 minutes, leaving a narrow window for it to be completed before sundown in Sochi, which is at 18:15.

F3 confirmed the change had been made due to “an uncertain weather forecast” for Saturday.

The accommodate the change, Formula 2’s qualifying session has been moved forwards from 16:25 to 16:20 local time.

The support races have already been affected by heavy rain in the region. The paddock area for the junior series were partially flooded on Wednesday while team were setting up. Mechanics were seen wading through inches of standing water after rainfall on Tuesday in the marquee garages that F2 and F3 use on race weekends without permanent support paddock facilities.

F3 is set to conclude its season in Sochi, the final weekend having been moved forward from the US Grand Prix already. Dennis Hauger and Jack Doohan remain in contention for the title.