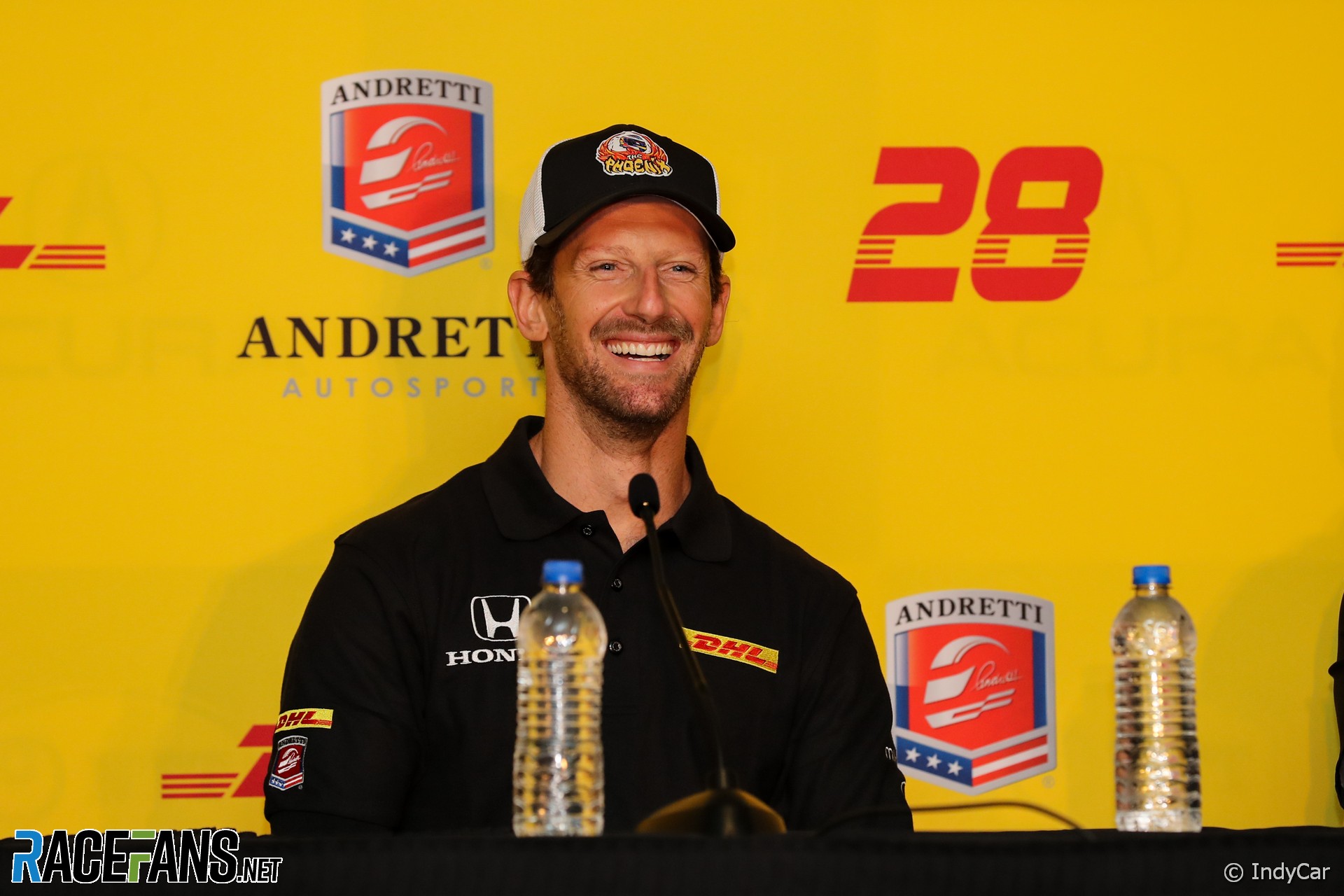 Romain Grosjean will move to Andretti for his second season in IndyCar next year, the team has announced.

He will leave the Coyne/Rick Ware team which he made his debut in the series with this year.

Andretti confirmed Grosjean will take over the number 28 car which Ryan Hunter-Reay will make his final start in this weekend.

The team has not announced whether Grosjean will contest every round of next year’s championship. He did not take part in the first three races on IndyCar’s superspeedway ovals this year – the double-header at Texas Motor Speedway and the Indianapolis 500. However he made his oval debut on the lower-speed Gateway circuit in August.

Next year’s IndyCar calendar features five races on ovals: One each at Texas and Indianapolis, plus a return to Gateway and a double-header at Iowa, another short oval.

Grosjean said it was a “big honour” to join the larger Andretti squad, where he will partner Colton Herta, Alexander Rossi and a fourth driver to be confirmed.

“Anyone in the motorsport world knows the name Andretti,” he said. “I’m super happy and proud to be racing with the team.”

“I would like also to thank Dale Coyne Racing for giving me the opportunity to join IndyCar,” Grosjean added. “I’ve enjoyed the racing so much and it’s given me the change today to be racing with one of the most competitive and best teams in the world.”

Team CEO and chairman Michael Andretti said Grosjean “already had an impressive resume before coming to IndyCar and watching what he’s been able to do in his rookie season here has been exciting to say the least.

“His vast motorsport experience will be beneficial to the team alongside our already strong 2022 driver line-up.”