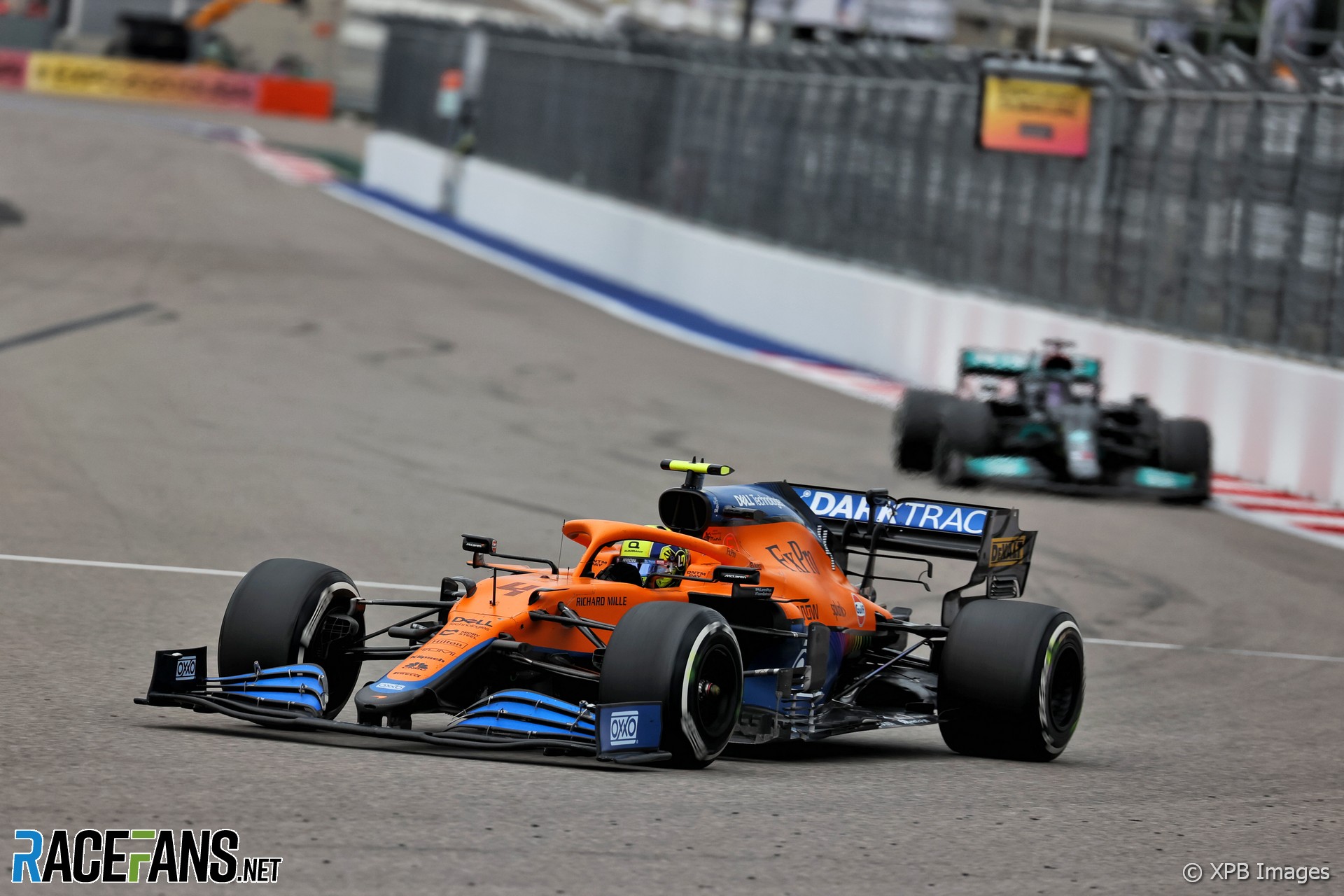 Norris led the majority of the race but spun off after deciding not to pit for slick tyres as rain began to fall during the final laps. Hamilton took the lead from him and went on to win while Norris slipped to seventh at the flag.

“Lando did such an amazing job,” said Hamilton. “He had incredible pace, he’s doing such a great job for McLaren.

“It was very bittersweet, obviously, to see my old team ahead, them doing so well. Obviously they won the last race so they’re doing fantastic, obviously powered by Mercedes. So it’s good to see them united again.”

Hamilton was reluctant at first to pit for intermediate tyres, but eventually came in. “The team made a great call right at the end,” he admitted. “I didn’t want to let Lando go and of course, I didn’t know what the weather was doing.

“But I’m incredibly, incredibly grateful to all these men and women that are here and back in the factory.”

The Mercedes driver was relieved by the result after a disappointing qualifying session in which he hit the pit wall and ended up fourth on the grid.

“Going to bed last night obviously I was not the happiest with the job that I did yesterday,” he said. “I watched the replay over and over again and there was subtle, subtle mistakes, but just not ideal.

“I was so determined when I came in and woke up this morning, I woke up in a bit of pain in my neck but Ange worked on it, she’s been fantastic the last two weeks. I couldn’t have done it without her and I was just determined just to do the best job I could.”

Hamilton narrowly re-took the championship lead after title rival Max Verstappen rose from the back of the grid to finish second. “Max must’ve done a really great job to come up to second from last,” said Hamilton. “So we’ve got our work cut out.”

“There’s nothing I can do about who’s behind me,” he added. “That’s the dream result for Max, naturally, but I’m grateful for the points.”