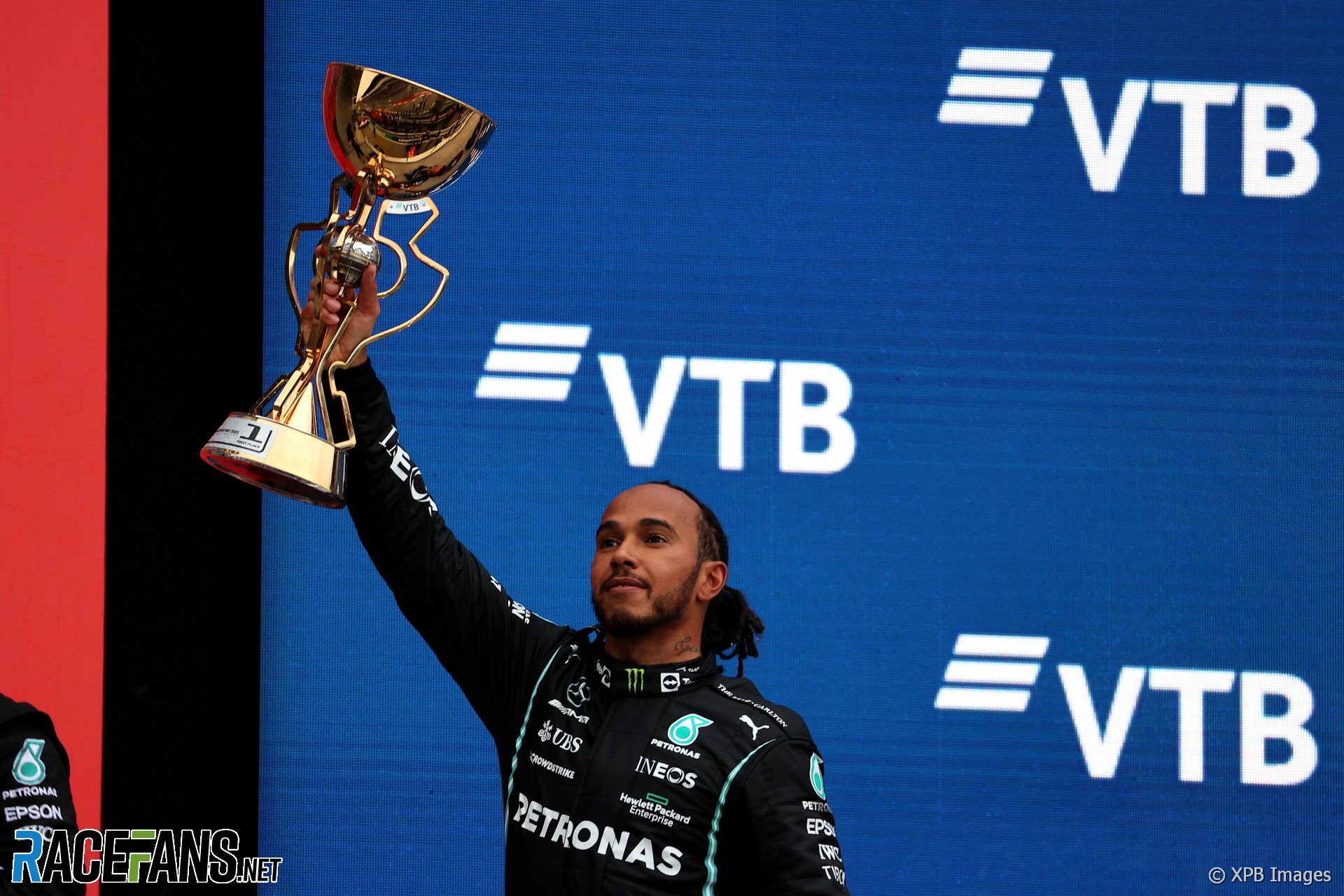 Lewis Hamilton has scored the 100th victory of his Formula 1 career in memorable fashion when a downpour hit the Sochi Autodrom in the dying laps of the Russian Grand Prix.

A late change to intermediate tyres as conditions deteriorated in the dying laps took Hamilton into the lead. He was running second behind Lando Norris when the rain hit: The McLaren driver’s decision to stick with slick tyres cost him dearly when the conditions suddenly worsened. Norris spun off as Hamilton passed him, and fell to seventh place at the finish.

Carlos Sainz Jnr took the lead from pole winner Norris at the start of the race and stayed ahead for the first 12 laps. Norris passed him for the lead on track, following which Sainz pitted.

McLaren left Norris out much longer. In the meantime Daniel Ricciardo pitted but suffered a very slow stop, promoting Hamilton into second place. The Mercedes driver pitted before the race leader, but once Norris and the rest had made their stops the pair returned to the front of the field.

Hamilton cut into Norris’ lead, reducing it to one-and-a-half seconds with 10 laps to go. He was stalking his rival when the rain hit.

At one stage in the race Hamilton appeared under threat from championship rival Max Verstappen. Starting on hard tyres while most opted for mediums, Verstappen worked his way forward quickly, putting a vital pass on Valtteri Bottas for 14th place on lap six. He dropped back in his second stint in mediums, but timed his switch to intermediates well to finish a remarkable second, 53 seconds behind the Mercedes.

Sainz salvaged third place after being among the first to switch to intermediate tyres. The late downpour shook up the finishing order and lifted Valtteri Bottas, who spent much of the race in 14th, to fifth behind Ricciardo.

Fernando Alonso briefly rose to third after staying out on slicks, but also had to dive for the pits, falling to sixth ahead of Norris.