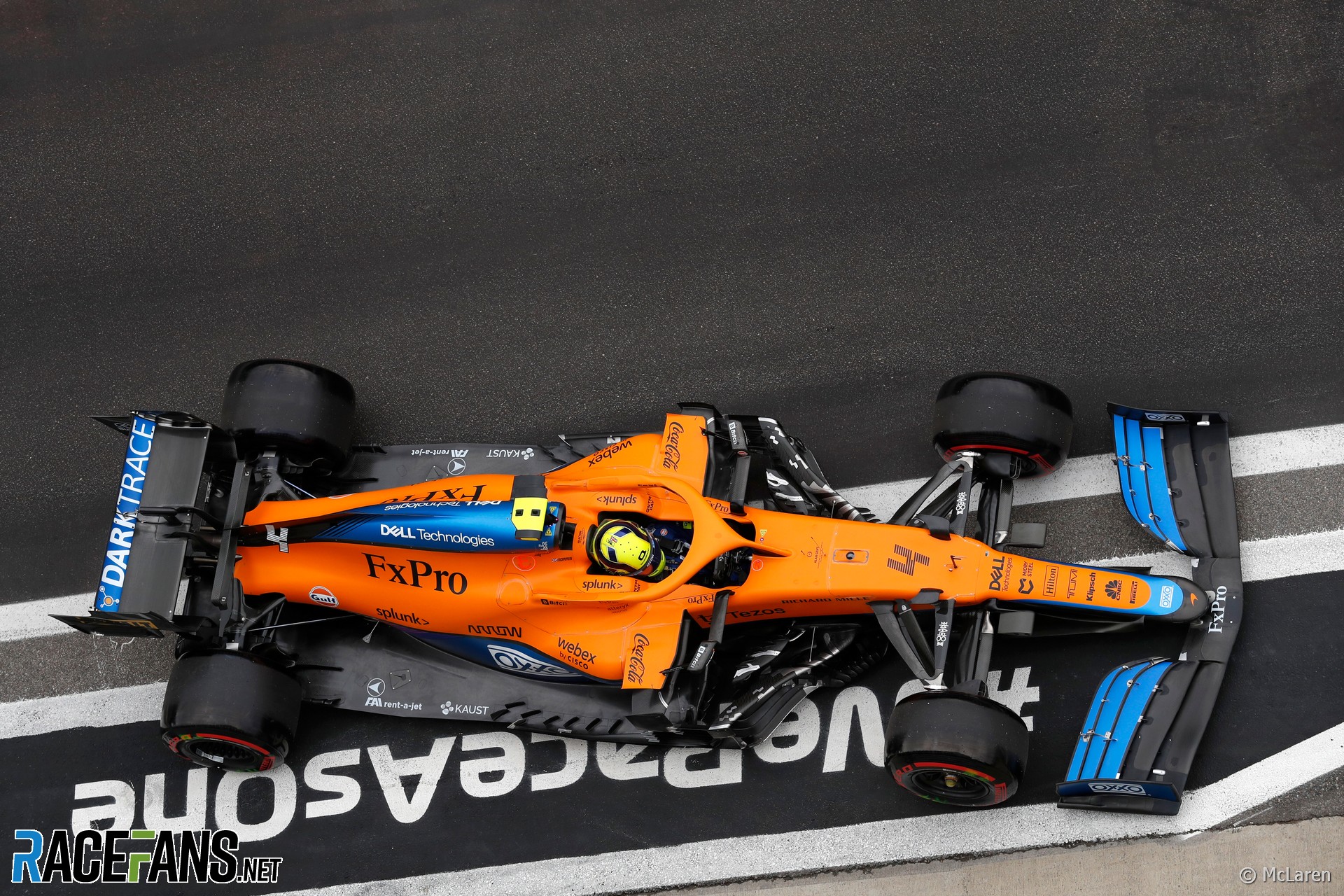 McLaren team principal Andreas Seidl admitted the team made a mistake by not ordering Lando Norris to pit when the rain intensified in the final laps of the Russian Grand Prix.

Norris stayed out on a set of slick tyres as the conditions deteriorated and ended up sliding off the track. Having led much of the race he finished seventh.

Seidl said the team had followed Norris’ preference to stick with slick tyres despite the worsening weather. “As always, in these tricky situations, it’s communication between the driver and the pit wall using all the information we have available in terms of weather forecast and what other cars are doing, trying to brief Lando and at the same time get the feedback from Lando how the conditions are,” he explained. “That’s how I’d say that was the decision to be made about what to do to pit or not.

“Lando, with the information he had from us as well as what he was feeling on track, he felt good staying out there on the slicks. And in the end we didn’t overrule him as a team, so that’s something we need to look into to see what we could have done better.

“Because, of course, in hindsight, it was the wrong decision that we made as a team. But we win together, we lose together, the important thing is to analyse it, to learn from it and then move on.”

Lewis Hamilton, who pursued Norris prior to the rain storm, pitted after he was ordered to come in by Mercedes, and went on to win. Seidl said their rivals benefited from being able to react to what they were doing.

“On Lewis’ side we heard the discussions as well,” he told Sky, “it was pretty much the same.

“Obviously you get the chance to wait on what we are doing and do the opposite because he was in P2 at this point, we didn’t have this opportunity,” said Seidl.

“And we wanted to go for the win. That’s why we decided together to stay out, it just didn’t work out.”

He said the team and Norris were “very disappointed” with the outcome but was pleased with his driver’s performance.

“I think apart from the the last two or three laps what we have seen, again, from the team together with him, from his side yesterday when he pulled off the pole and also today in the race, it’s impressive what he’s pulling off only in his third year in Formula 1.”

Seidl said the potential Norris and McLaren had shown to win a second race this season on merit demonstrated why they must learn from their mistake. “That’s always the first thing we do. It doesn’t matter what the outcome of a race, we can do this.

“But then at the same time, I think it’s also important to see all the positives from this week and also on his side and come back stronger in Turkey.”