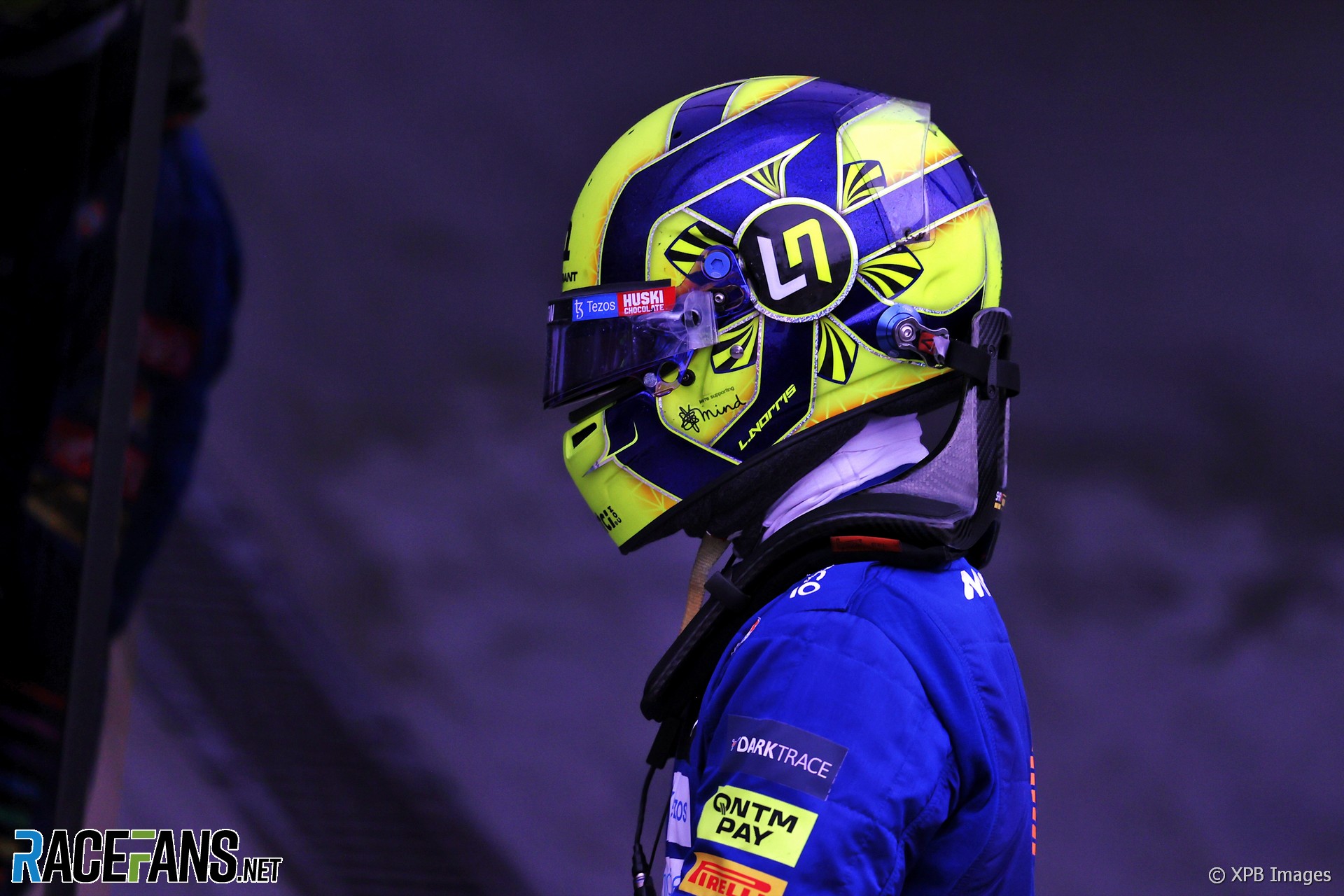 Lando Norris defended his decision not to pit for intermediate tyres as rain fell in the final laps of the Russian Grand Prix.

The McLaren driver lost his chance to win the race after sliding off the track on slick tyres in the closing laps of the race. That handed victory to Lewis Hamilton, who pitted for intermediates while chasing Norris.

“From one lap one to the other, the whole thing changed,” Norris explained. “The game changed completely.

Norris said the decision wasn’t a gamble because he did not believe the conditions on the track were worsening.

“From the information I had there was no gamble on doing what we [did]. It wasn’t a gambling situation. It was dry and raining in a couple of corners and the slick tyre was the correct one to be on. So there was no gamble with that. We were on the best tyre.”

He said the team will look closely at how the chance of victory got away from them.

“It rained a lot more than I got told or that they knew, and if they knew they didn’t tell me to box. But this is something we will talk through.

“We did what we thought was best at the time and I can’t fault them for that. I’ve got to stand by their decision and my decision and we’ll review it.”

He told Sky after the race he was “devastated” to have missed out on his chance to score his first win having taken pole position and led much of the race at Sochi.

“It’s just a bit of heartbreak. I feel like I did everything I could, even when it got tricky at the end, I made a couple of mistakes, but still kept Lewis behind and started to pull away a little bit.”