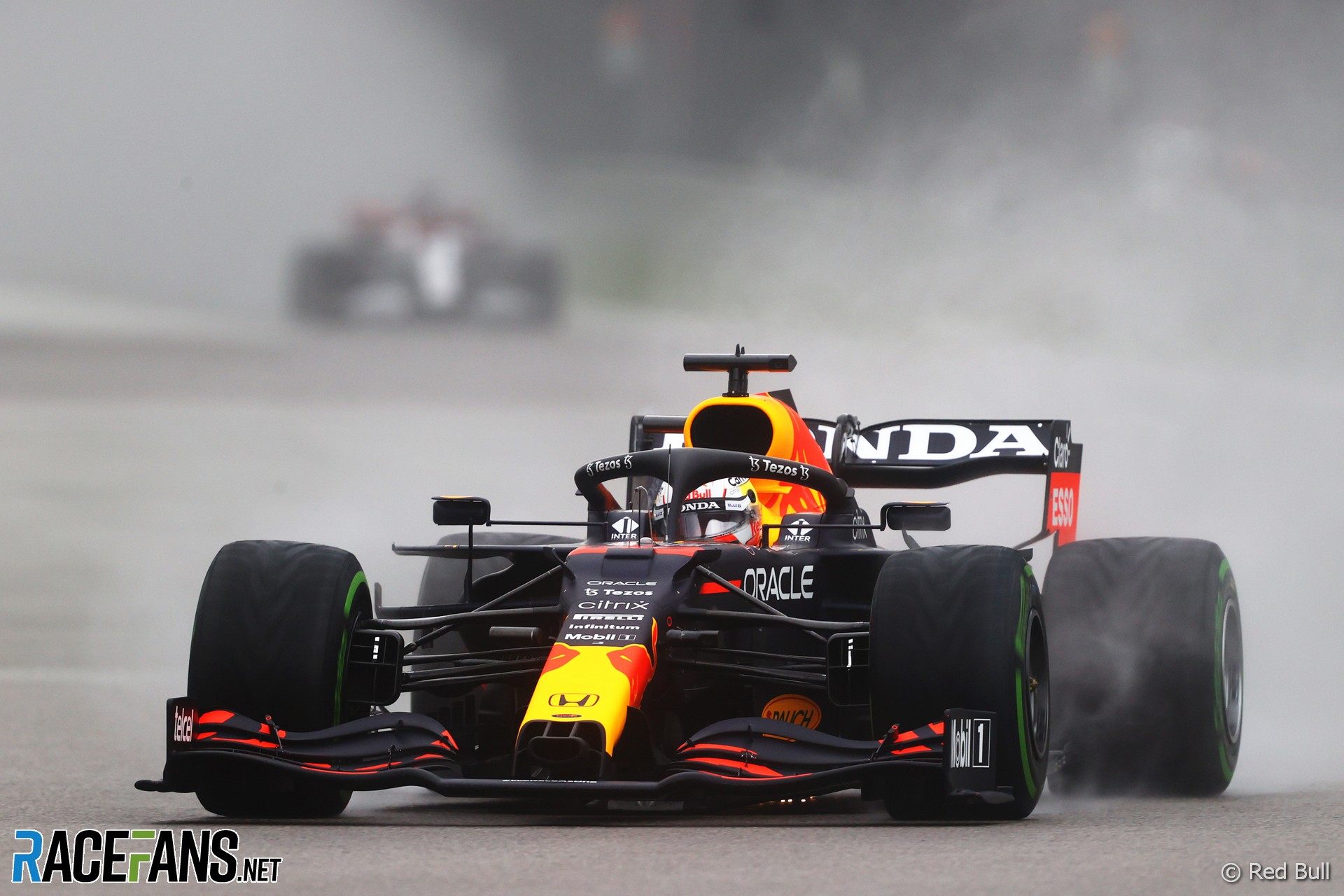 Verstappen was running seventh when rain began to fall at the end of the race. He came in for intermediates on lap 48 after running wide at turn seven as the conditions began to worsen.

“I think we should box, we’re losing time,” Verstappen told his team on the radio. “People are going off,” he added.

While some teams made the call on changing tyres for their drivers, Horner said Red Bull left it up to Verstappen.

“I think when they cross over the call is always with the driver,” he said. “They can feel the level of grip for what they can cope with. They can see more, when the weather is on top of us.”

“That is obviously how we operate, that cross-over is down to the driver to call,” he added. “And I think that Max made a great call there.”

Horner said the weather data available to the teams on the pit wall was ambiguous about whether the rain would continue. “It was saying that the rain was around. It’s not telling you how much, whether it’s going to stop or start or keep going. So it was very tricky to read.”

The ambiguity in the data, he said, made the drivers’ input essentially. “Obviously the drivers have more vision of that, out on circuit. You can see it was coming for a few laps and then it was either going to pass and dry or intensify and so it was a little bit of a gamble.”

While Verstappen profited from the late shower team mate Sergio Perez fell from third to ninth. Lando Norris, who led much of the race, finished seventh after staying out too long on slicks.

“You’ve got to feel sorry for Norris, within a couple of laps of getting to the end there,” said Horner. “I think Checo [pitted] prior to him.

“But obviously he felt that there was a chance, he drove a great race today and got back up into into third and should have been on the podium.”