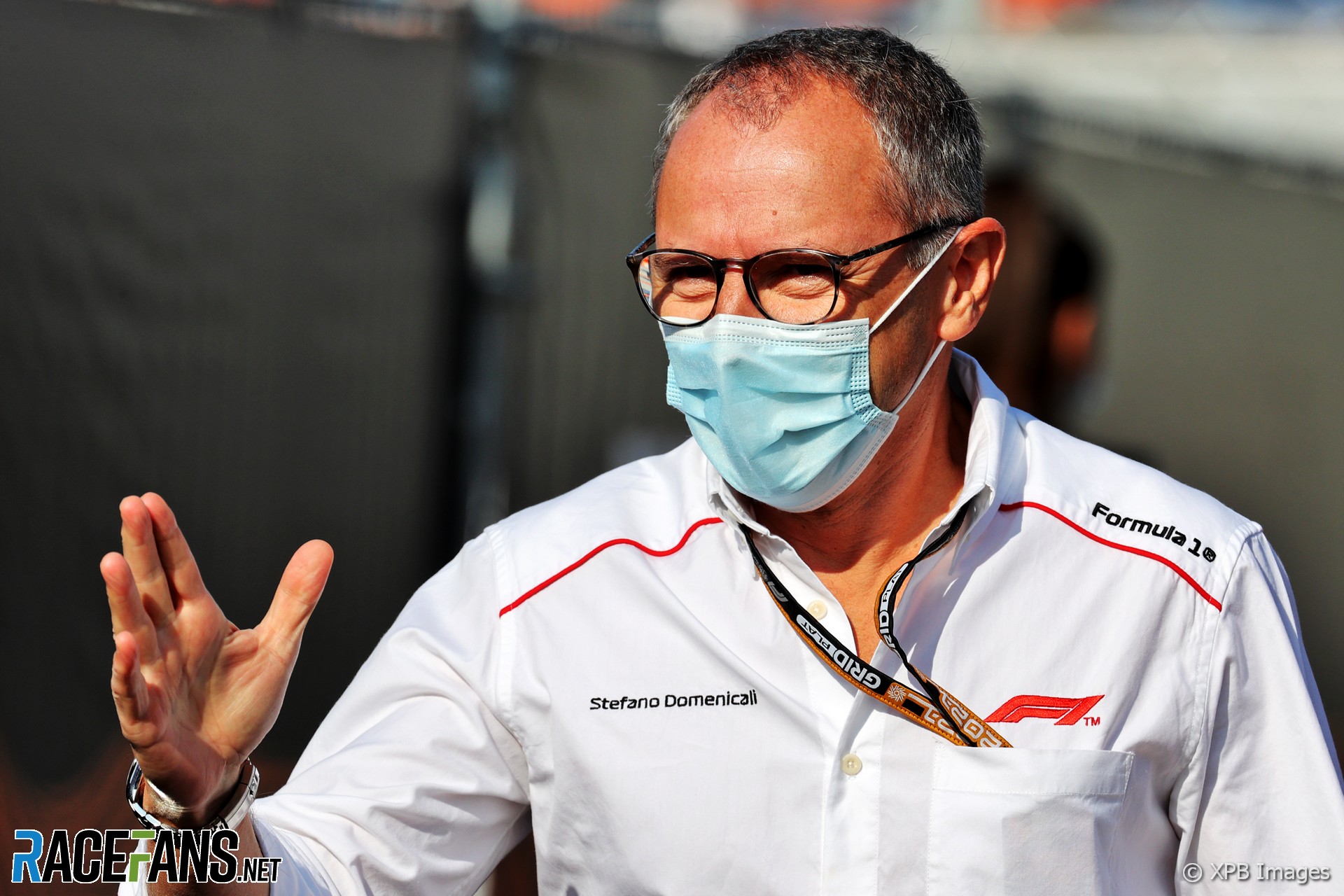 Formula 1 CEO Stefano Domenicali says the sport’s presence in Qatar will be a force for good, amid concerns over the country’s human rights record.

The Middle East state is the latest in a series of additions to the F1 calendar which have prompted criticism due to its government’s treatment of certain groups.

These include migrant workers from countries such as India, Pakistan and other countries, over 6,500 of which are believed to have died in a 10-year period. Many of these were linked to projects relating to the 2022 FIFA World Cup, leading to protests in support of human rights by footballers including players from Germany’s national team.

Qatari women are not granted equal rights to men and are discriminated against in many aspects of the law. Same-sex relationships are punishable by imprisonment and the death penalty can be applied for acts of infidelity.

F1 drivers have become increasingly outspoken on human rights matters in recent years. Lewis Hamilton has described it as a “massive problem” in some countries the sport visits and met with Britain’s ambassador to Bahrain to discuss the matter earlier this year.

Domenicali says the attention F1 brings will promote progress in countries it visits such as Qatar and Saudi Arabia, another new addition to this year’s calendar.

“Sport will help and to enhance the positivity and the right values on each country we are going [to]. Because the spotlight of F1 is so big that you cannot hide.

“Therefore, I think that it’s a sign of making sure that the things that everyone at this level are promising, they will be delivered, because on that we know that we cannot hide anything.

The addition of Qatar to the 2021 F1 calendar was announced last week. Domenicali praised the introduction of the new event at Losail International Circuit in place of the Australian Grand Prix, which was cancelled due to the pandemic.

“It’s another great achievement for all of us because we wanted, despite the Covid, despite the difficult situation we’re living in, to show that we are totally committed to make sure that this season – that is absolutely fantastic from the sporting perspective – can really have the right venues and the right quantity of races.

“I have to say that we need to thank Qatar’s promoters because as soon there was a chance to have the possibility to have that slot, they were able to [become] immediately available for discussion. So it’s really terrific. And that’s great because we can really have a 22-race calendar. That is something that is not given for granted. So I’m very excited.”