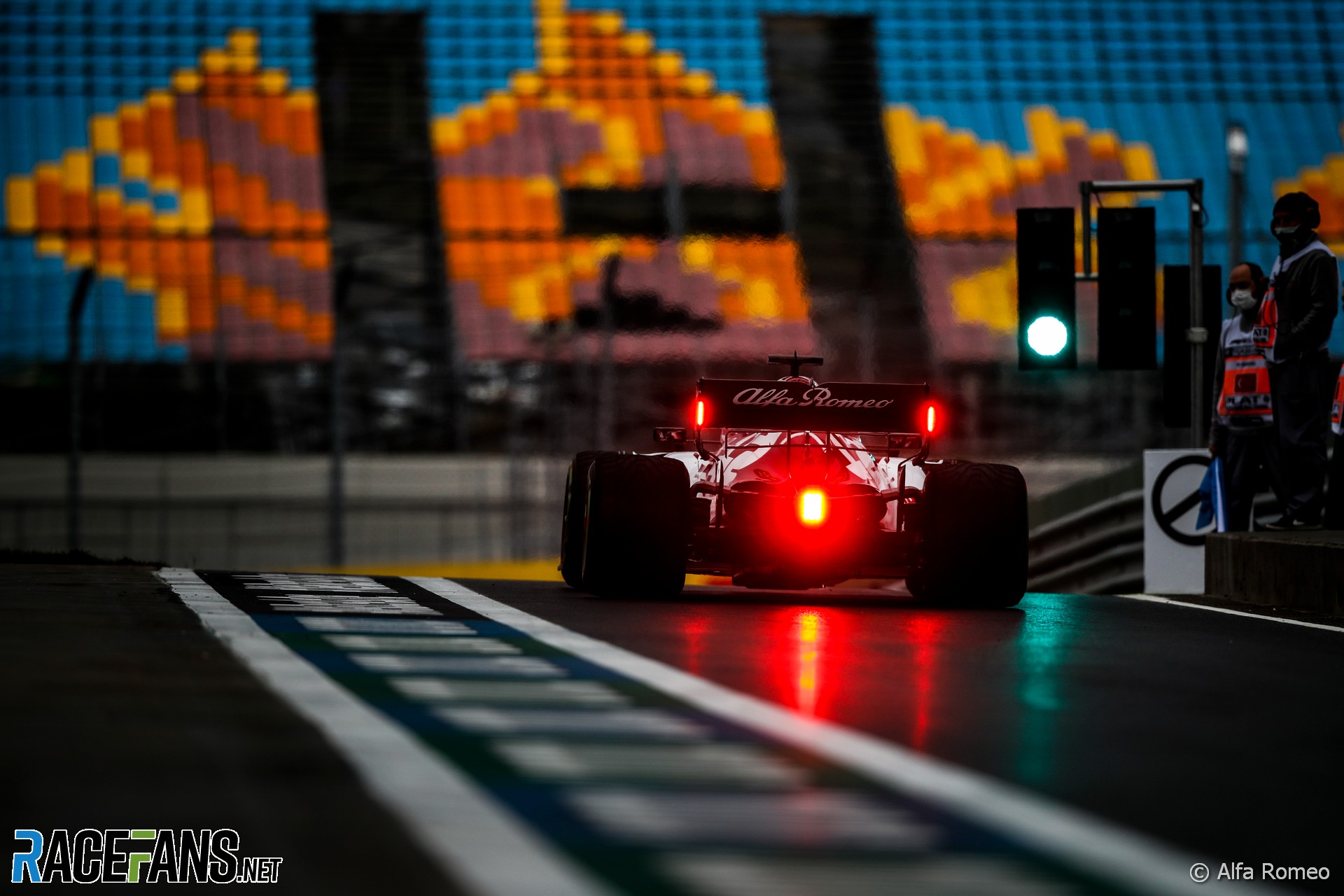 Formula 1 could have more rain to contend with in Istanbul, though not as much as at this race last year, or what Sochi saw two weeks ago.

Persistent rain and low temperatures made for extremely low grip levels on the recently-resurfaced Istanbul Park last year. However Formula 1 is returning more than a month earlier in the calendar than last year’s mid-November race.

Friday should start out sunny, with temperatures getting up to 22C. For comparison, that was the warmest and driest day of running last year, when a peak of just 17C was recorded, after which it got even cooler.

The wind may catch drivers out on Friday, with gusts potentially as strong as 45kph, significantly stronger than what we’ve seen at most races this year. It’s expected come from the north east, providing a tailwind down the straight between turns 10 and 11, but potentially making quick corners such as the notorious turn eight especially tricky.

This Saturday should also be a little cooler than Friday, with highs of 21C but substantially less windy. The breeze will be reduced to a maximum of 20kph, although still coming from the north east.

For Sunday’s race there is a 40% risk of rain and possible light showers expected but a downpour is not currently anticipated. Temperatures should be the same as Saturday, with a high of 21C but with the whole day sunny but overcast.

As Pirelli has brought rubber which is one stage softer than last year, the track surface has had time to settle and it’s been cleaned, drivers should enjoy much better grip at Istanbul this year.