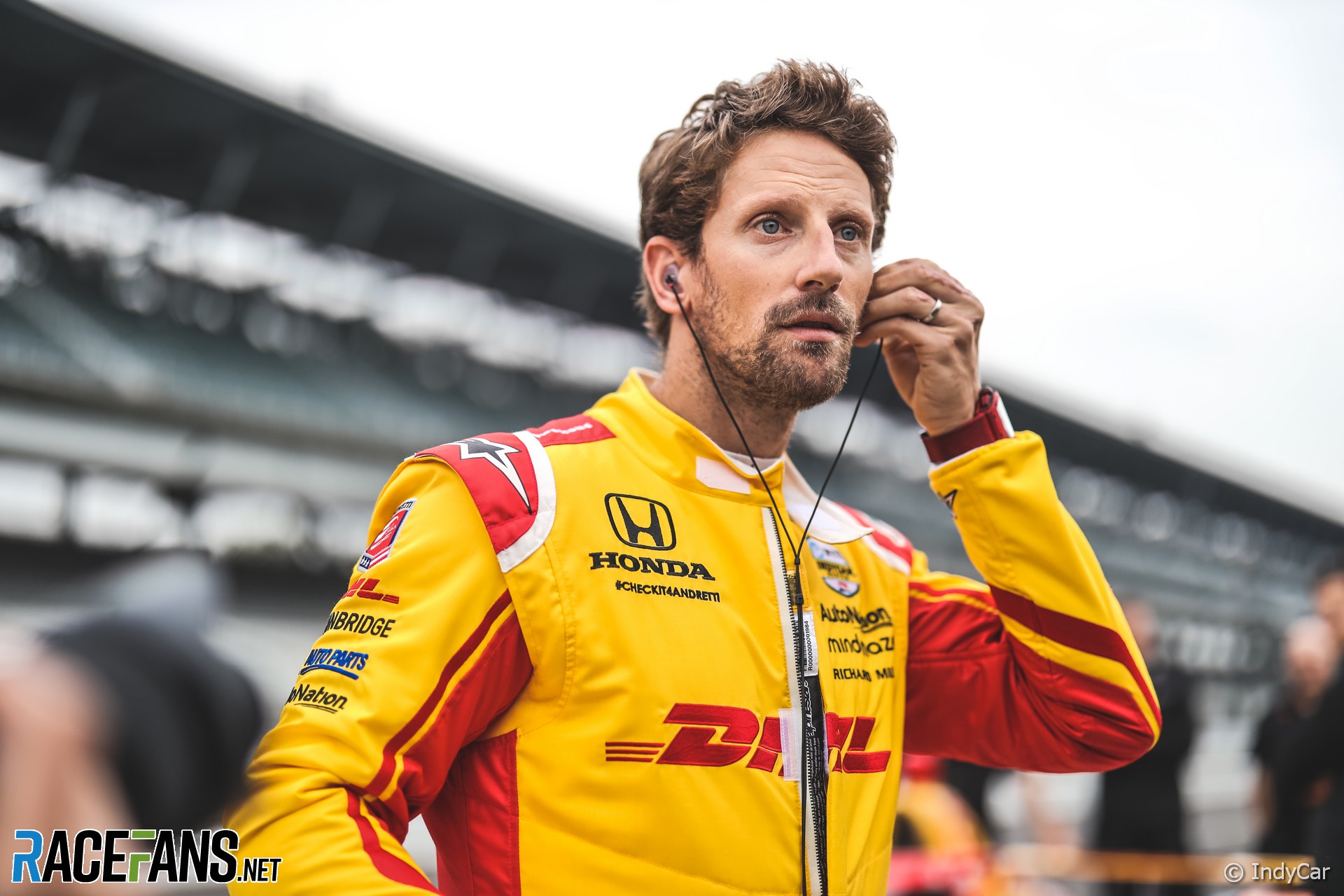 Romain Grosjean accepted the risk of racing on IndyCar’s ovals in order to join one of the series’ leading teams and fight for the championship.

Following his shocking crash in last year’s Bahrain Grand Prix the former Formula 1 driver initially decided against racing on ovals. He moved to IndyCar with the Coyne/Rick Ware team and skipped this year’s races on the two quickest ovals, Texas and Indianapolis.

However Grosjean decided to contest the final oval race of the year at Gateway in August. That positive first experience, plus the opportunity to join the top Andretti team, prompted him to commit to a full season of IndyCar this year.

“It’s a general process of a few things,” he explained in response to a question from RaceFans. “I was talking to Dale Coyne last year before my crash. I was going to do a full season and then the crash happened and then my first reaction was like ‘I’m not doing IndyCar at all’.

“Then a few days later, I was like, ‘well, maybe I want to do IndyCar, but I don’t want to do ovals’. And then we went into this season and I really felt happy and in a good place in IndyCar.

“So I said well, I’d like to do Gateway just to see how it is. And then I did Gateway and also my wife came and she could tell how great for me, that experience was and how much enjoyment I was having out of it.

“We knew that the next step was to do everything because you can’t go in a top team if you’re not doing all races. They do want to be fighting for a championship, they do want to be at the front so it was something and I feel comfortable with my decision.”

Grosjean had his first test at the Indianapolis Motor Speedway on Wednesday. He and fellow 2021 series newcomer Jimmie Johnson passed their rookie orientation programmes despite rain curtailing their third and final runs.

The first test showed “you need to respect ovals a lot”, said Grosjean. “Today, it doesn’t feel fast when everything goes well but, for sure, if you start losing the rear end in turn one, two, three or four, you know the wall is there and you’re doing two hundred and something miles an hour, so it’s going to be a big shunt.

“But the cars are getting safer and safer and you try to respect the oval, you try to stay away from that zone. And I feel like just my level of happiness through my professional life through being able to share all of that with my family is worth the risk that we take.”

His rookie test involved lapping the circuit at a series of average speeds, eventually reaching 215mph (346kph). However laps of over 232mph (373kph) were seen in qualifying last year, and Grosjean is yet to experience running in turbulent air behind other cars at these speeds on an oval.

“Running in traffic, I’ll find out in April next year how it is,” he said. “I didn’t find it was that bad in Gateway. I think in Formula 1 the wash-out is definitively the worst that you can even imagine. So I didn’t feel that bad, but again, it wasn’t a superspeedway configuration, so I’d rather wait and see how it is in April.

“In qualifying, so far from 205 to 215 it felt like the same. So hopefully 225 is the same and then it’s a little bit more complicated after. But only time will tell.”

The Indianapolis 500 is one of five oval events on next year’s 17-race IndyCar calendar. Following Alex Palou’s championship victory in his second season in the sport, Grosjean says he is targeting the same next year.

“A title is what you want at the end,” said Grosjean. “But there’s a lot of things that needs to go right to do that. You need to obviously be fast, be competitive, stay away from trouble, stay away from technical issues.

“So, yes, if I sign with a top team, it’s that I’ve got an eye on a championship. But I will just take it step by step.

“First thing’s first, we’ve got St Pete end of February next year and that’s our first target, see what we can do that and then move on to Texas and so on.”