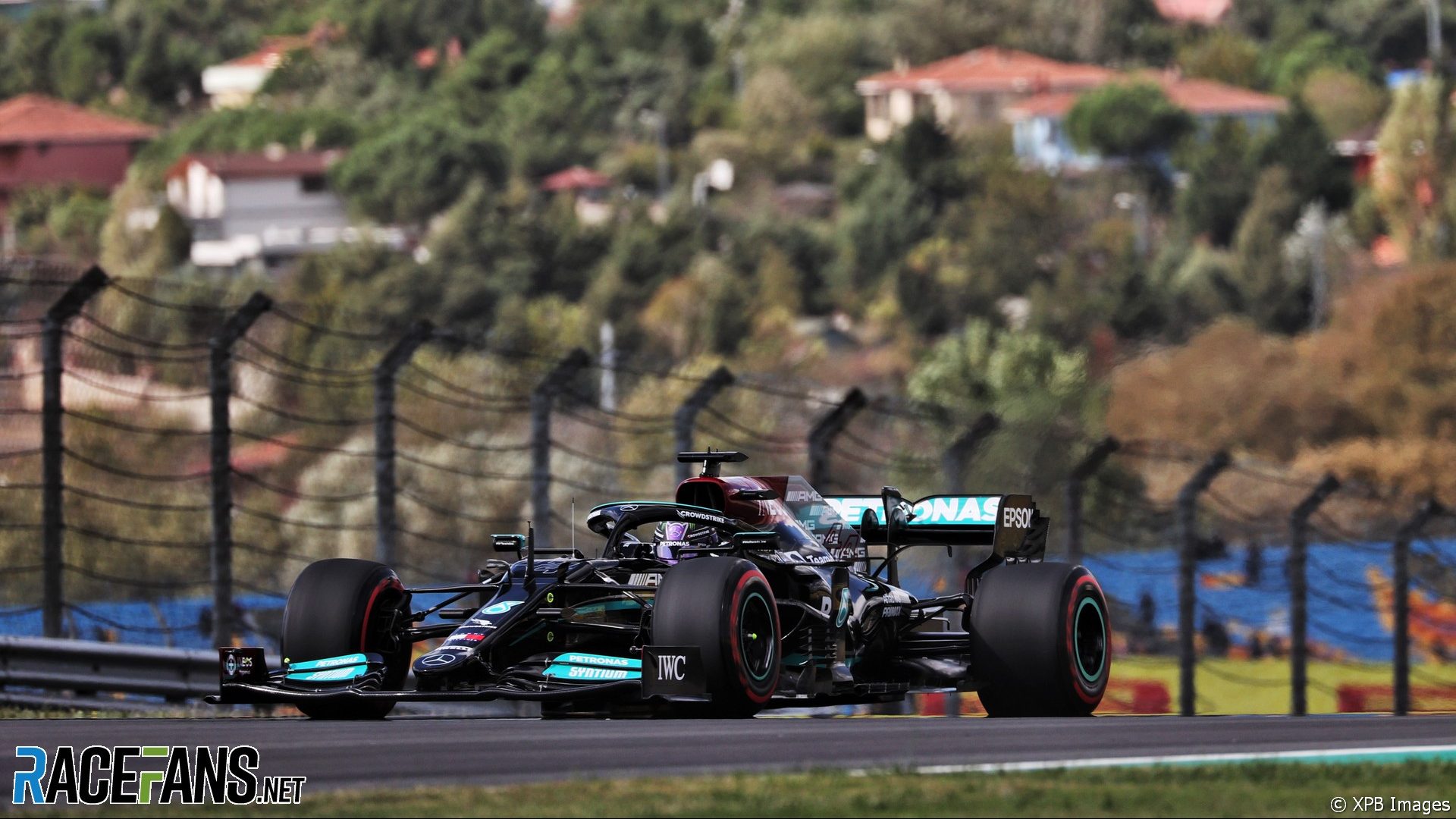 Lewis Hamilton broke the 16-year-old track record for the Istanbul Park as he set the pace in the first practice session for this weekend’s race.

The world championship leader’s best effort of 1’24.178 was over four seconds quicker than the quickest time seen during last year’s rain-effected weekend. That also cut half a second off Juan Pablo Montoya’s track record, set during the inaugural Turkish Grand Prix.

The track surface was clearly much improved from last year. The whole top five fastest times within a 1’24 and the entire field faster than the best time last year, Max Verstappen’s 1’28.330 set during second practice in 2020.

Verstappen ended the session within half a second of Hamilton. During the hour of running it emerged Mercedes will replace the world champion’s engine this weekend, incurring a 10-place grid penalty.

The first hour of practice was busy but incident-free. Several drivers reported a considerable improvement in grip compared to last year’s ice-rink conditions. Lando Norris said the change was noticeable from his first lap of the Istanbul Park track.

Ferrari, who have tended to be less competitive in cooler conditions, took well to the 30C track temperatures, both Charles Leclerc and Carlos Sainz placing in the top five. Norris and Pierre Gasly were comfortably in the top 10 as usual. Alpine showed an early edge on their midfield rivals, both Fernando Alonso and Esteban Ocon lapping strongly, the latter within a tenth of the second Ferrari as he sought to address a set-up imbalance he was unhappy with at Sochi.

Sergio Perez, like Verstappen running a one-off livery on his Red Bull in tribute to outgoing engine supplier Honda, placed tenth-fastest. Both set their fastest times on soft tyres, but the 0.8-second gap between them was the largest among any pair of team mates.

Despite a very slow start, setting just one lap in the first half of the session, Kimi Raikkonen made up his lap count in the second half of the session, meeting team mate Antonio Giovinazzi’s 24 laps. The same as both Red Bull drivers and tied for lowest count over the hour.