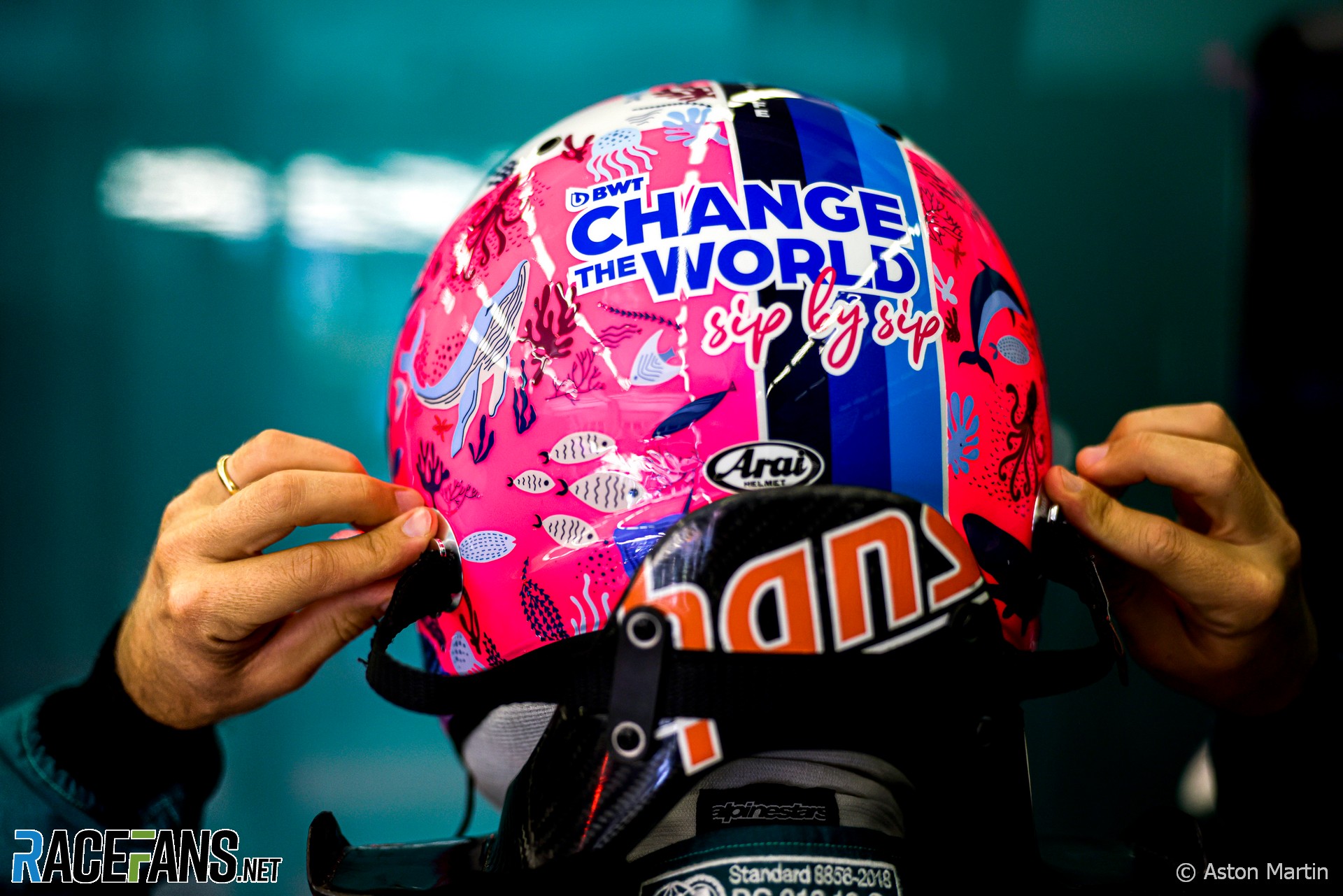 Vettel’s new design for this weekend’s race is intended to raise awareness about ocean pollution.

“More than 70% of the earth is covered by oceans,” said Vettel. “They are the origin of all life. It’s a very sensitive habitat and we need to protect it. For example every year more than eight million tonnes of plastic end up in the ocean, plus toxic waste waters.

“We urgently need a change of mind and we need to join our efforts to save our blue planet. And that’s why I have dedicated a special design for this weekend’s helmet to raise awareness and get us all thinking about our oceans.”

Vettel incorporated a rainbow into his design for this race last year.

As was the case in 2020 Norris is the only other driver besides Vettel who decided to produce a special helmet design for the Turkish round. But unlike last year Norris managed to get his to the track on time – his 2020 lid got stuck at customs and didn’t appear until a later round.

This weekend Norris is using a matt white and black version of his familiar design.