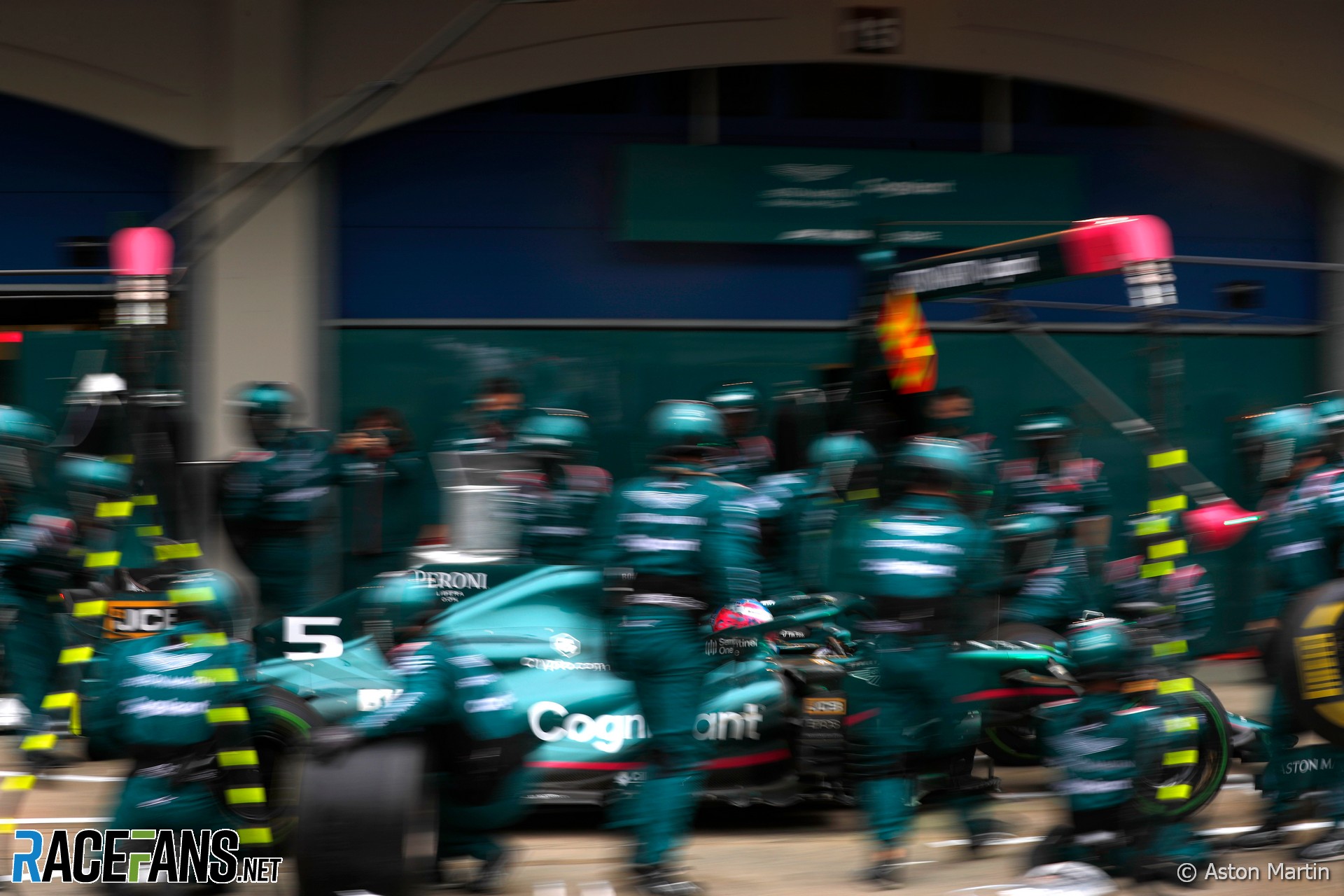 Sebastian Vettel said he had to risk switching to slick tyres during the Turkish Grand Prix, but admitted the gamble backfired.

Vettel pitted on lap 38, just after Valtteri Bottas and Max Verstappen had both made their stops, from the lead. Both the Mercedes and Red Bull took new sets of intermediate tyres.

But Vettel and Aston Martin decided to try a move to slick tyres. They opted for the harder medium compound, the soft having proved fragile in practice.

“We had to try,” Vettel said of the decision. “The inters, there was nothing left, and so we thought the dry [tyres] could be as good but I couldn’t break them in.

“It was worse than I expected because it was damp still, a little bit here and there or wet but the main thing is I couldn’t break the tyre in and then you’re just sliding all the time. It was clear it was never going to come.”

Vettel was able to very cautiously get round a lap on the slick tyres before struggling back into the pits, skidding at the entrance.

He said that, in hindsight, staying on intermediates was “a no-brainer” but that it was less clear at the time.

“I was tempted already, some laps before and the inters weren’t getting any better,” he reasoned. “If you look at the inter tyres, there’s nothing left on them. They look like a slick. So I think I had reason, but obviously it was the wrong decision.”

“People were going on intermediates, but it was a comparable situation to last year,” Vettel explained. “Last year I was thinking 15 laps to go that I wanted to try the slick tyres when the track was a little bit worse. So I thought it’s worth a go, but it proved to be wrong.”