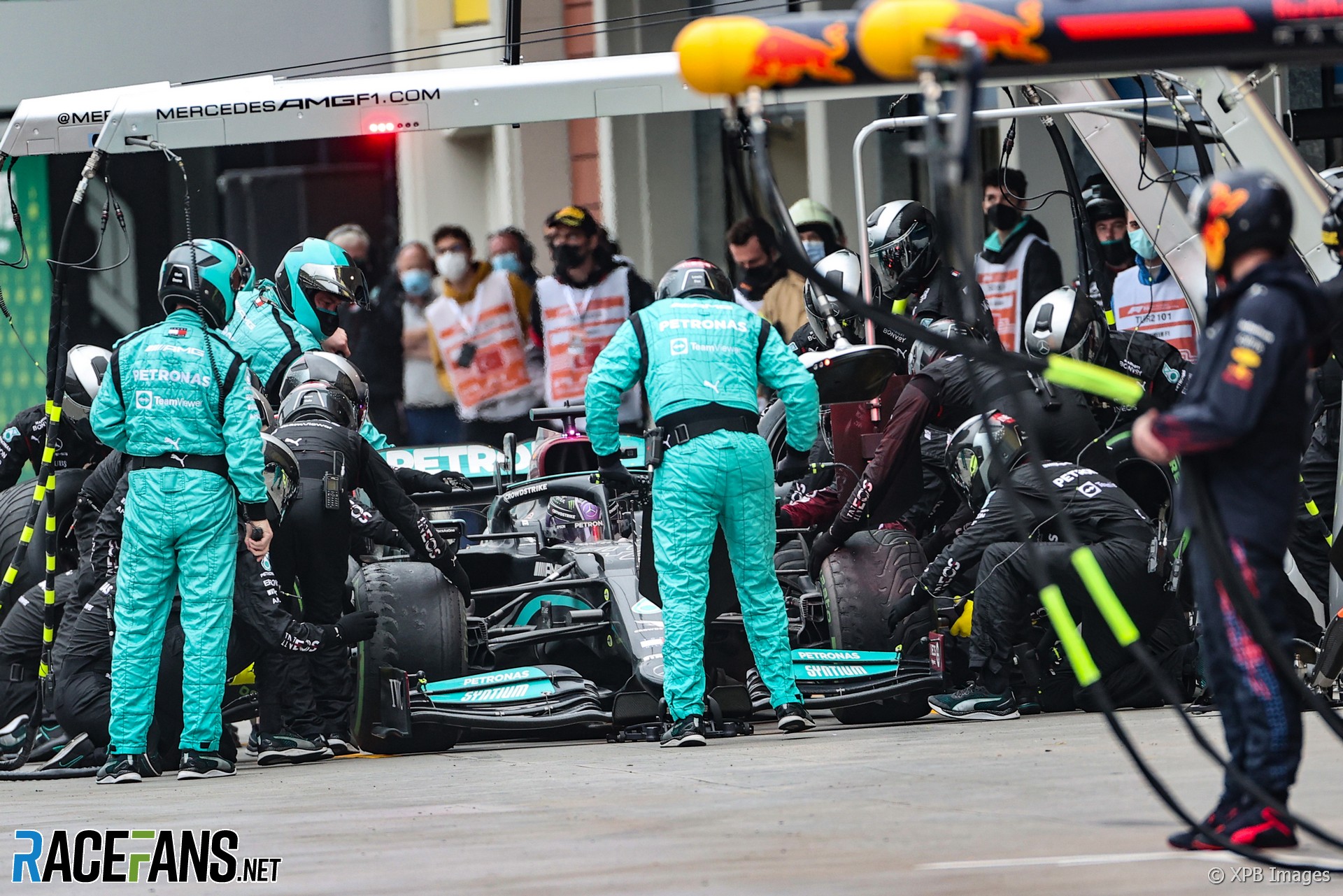 Mercedes believe that they needed to pit Lewis Hamilton earlier than they did in order for him to finish higher than fifth in the Turkish Grand Prix.

Hamilton ran as high as third at one point in the race after deciding not to fit a fresh set of intermediate tyres at the same time as Max Verstappen and his other rivals ahead. The team called him in at one stage, but he decided to stay out.

Mercedes team principal Toto Wolff said the team had to decide between coming in at that point or risking a run to the end of the race without pitting. They opted for the latter, but abandoned the strategy after they became concerned how much time Hamilton was losing to the cars behind him.

“In the car it’s always very difficult to assess your position in the race,” said Wolff. “I think we could have either played it very conservative and pitted him when Verstappen, Perez at the time pitted, and then fight it out on-track, probably come out behind Perez and fight for P4, P3 on track.”

“The other thing was to try to go long and either think whether it’s transitioning to a dry tyre or just not stopping any more. So there was two possible options that sounded quite good.”

However Hamilton’s tyres began to fade, putting him at risk of losing a place to Pierre Gasly if he pitted, leading Mercedes to bring him in with eight laps to go.

“Unfortunately the pace just dropped off much quicker than we would have needed in order to stay third or even fourth or even fifth,” said Wolff. “We almost lost the window against Gasly and then we decided okay, that’s not going to happen, and let’s pit and consolidate it.”

“So in hindsight now, I would have pitted ten laps earlier and fought it out on track, probably finished third or fourth. It was much more to gain from the other more dynamic variant.”

While Mercedes won the race with Valtteri Bottas Hamilton finished fifth. Wolff said that was the best they could have expected from 11th on the grid in a dry race, but the damp conditions meant a better result was possible.

“I think in a normal dry race, this would have probably been the best case, finishing fifth. And today best case with every decision, with the hindsight of the end result or with the information we have at the end, probably third would have been the best we could have achieved. So it’s a five point swing.

“But I think we need to walk away from here and say that was damage limitation for this weekend. And Valtteri, thank God Valtteri was up there and won the race and and scored an extra point for fastest lap.”