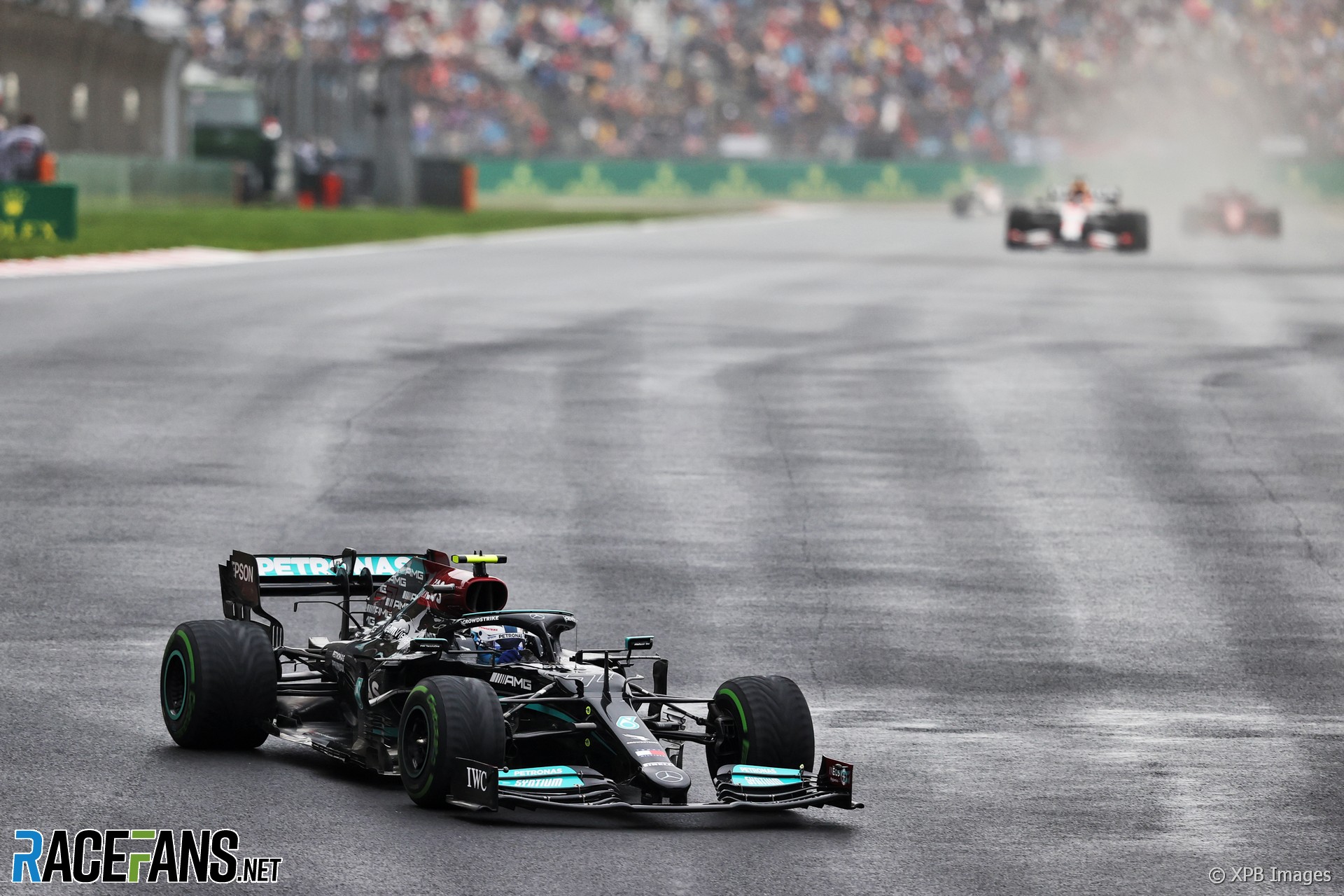 Valtteri Bottas says his victory in the rain-hit Turkish Grand Prix was one of the best performances of his career.

The Mercedes driver led most of the race from pole position in slippery conditions. He eventually pitted for intermediate tyres and picked his way back past Charles Leclerc to take the lead.

“I think from my side that’s probably one of the best races I’ve had ever,” said Bottas. “Apart from that one little slide everything was just under control.”

He qualified second for the race but started from pole position after team mate Lewis Hamilton took a grid penalty for a power unit part change.

“Like I said before the race, the car’s been really good in every condition,” said Bottas. “I had really good confidence with it and could really control it.

“It’s not easy to choose the strategy here, when to stop and to which tyre and everything but I’m glad everything went smoothly for me, for once and that’s nice.”

The track dried slowly through the course of the race, leaving a narrow line of grip where the cars were running, making for especially difficult conditions.

“When there’s only one drying line, it doesn’t take much for you to go off,” said Bottas, “so I definitely needed to focus all through the race.

“So it was a difficult one and it feels like a well-earned victory.”