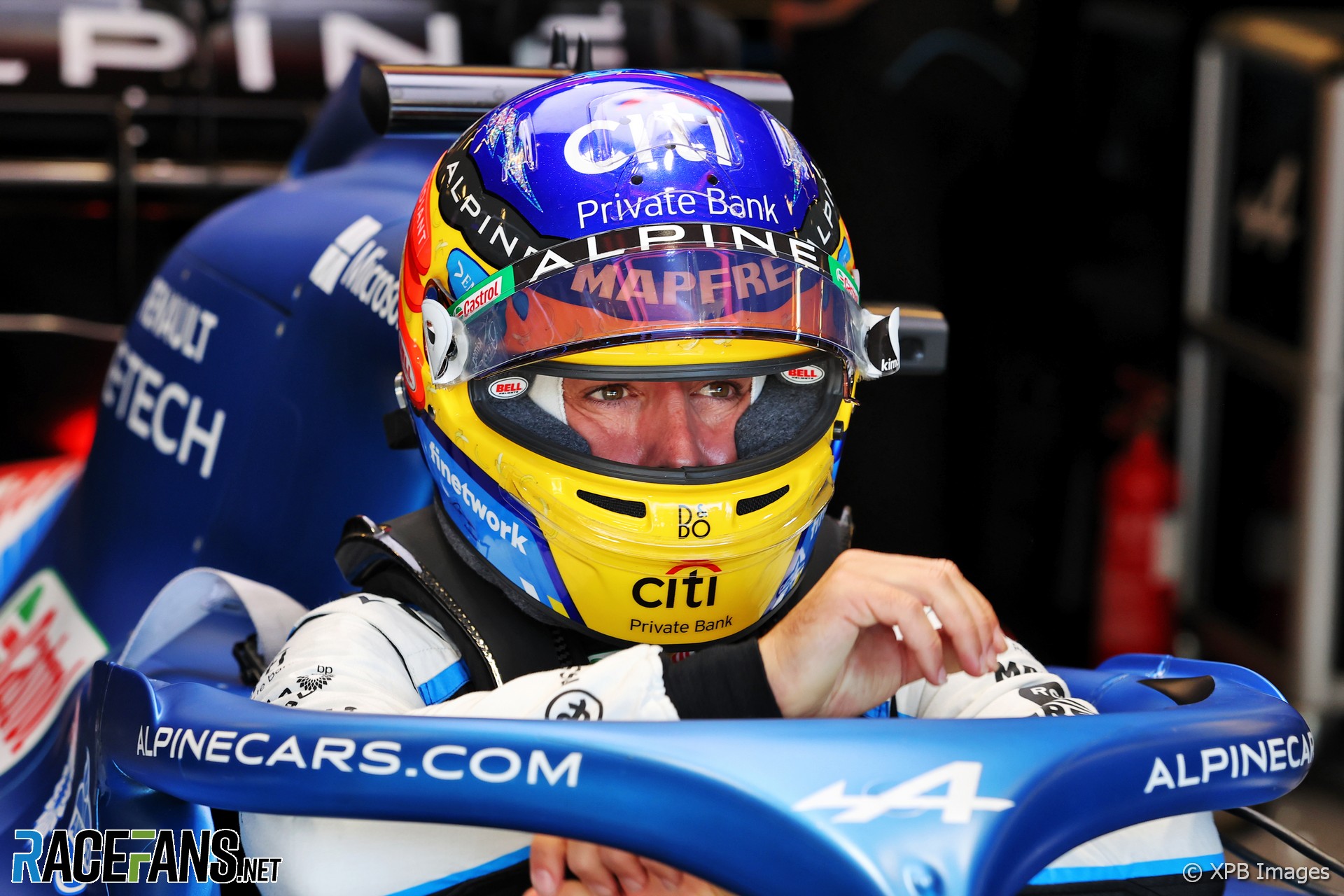 Valtteri Bottas led a Mercedes one-two in first practice for the United States Grand Prix, less than five-hundredths of a second ahead of team mate Lewis Hamilton.

The only driver who was able to get within a second of the flying W12s was Max Verstappen. The next-closest car, Charles Leclerc’s Ferrari, was almost one-and-a-half seconds slower.

Fernando Alonso missed much of the session as he stopped early on when Alpine noticed a potential problem with his car. He returned to action with just over a quarter of the one-hour session remaining.

Alonso’s stop in the run-off of turn 12, was in the first moments of the session and before any drivers had set a lap time. It was described as “precautionary” by Alpine but led to an early red flag period before the session restarted with just under 50 minutes to go.

Hamilton led much of the session, setting an early fastest lap and only briefly beaten by Sergio Perez at the mid-point of the hour. Bottas in the other Mercedes set the fastest lap of all just ahead of the final 10 minutes, sealing an emphatic one-two for the world champions.

At the midway point in the session Verstappen briefly took the fastest lap with Hamilton. But otherwise it was Mercedes ahead all the way. Perez’s one fast lap was sandwiched by hard tyre runs which disguised any late-session pace he might have found.

Ferrari were competitive all session, with Charles Leclerc sometimes ahead of Bottas, especially during his and Sainz’s initial runs – which were on medium tyres, while other drivers mostly opted for the soft compound. Leclerc also found time for a quick spin in the high-speed corners at the beginning of the lap.

Lando Norris was been able to match or even beat the Red Bull and Ferrari cars during the early part of the session but had a serious lock-up which flat-spotted a set of soft tyres beyond use. He didn’t return to the track after that, only running 11 laps in total.

Sebastian Vettel set the fastest lap at one point but ran wide at turn nine and the time was deleted. Vettel said the rear-end handling of his car felt difficult into the corner.

Sergio Perez made similar comments and took a very wide line at the same corner. He the red and white kerb sharply on one lap, going over some of COTA’s bumps which gave his Red Bull a violent shake.

Both Haas drivers also had problems at turn 12. Nikita Mazepin ran wide on his own and managed to avoid the barriers while Mick Schumacher was sent over the paint after bashing wheels with Perez in a bizarre, late-session clash which seemed to leave neither with significant damage.