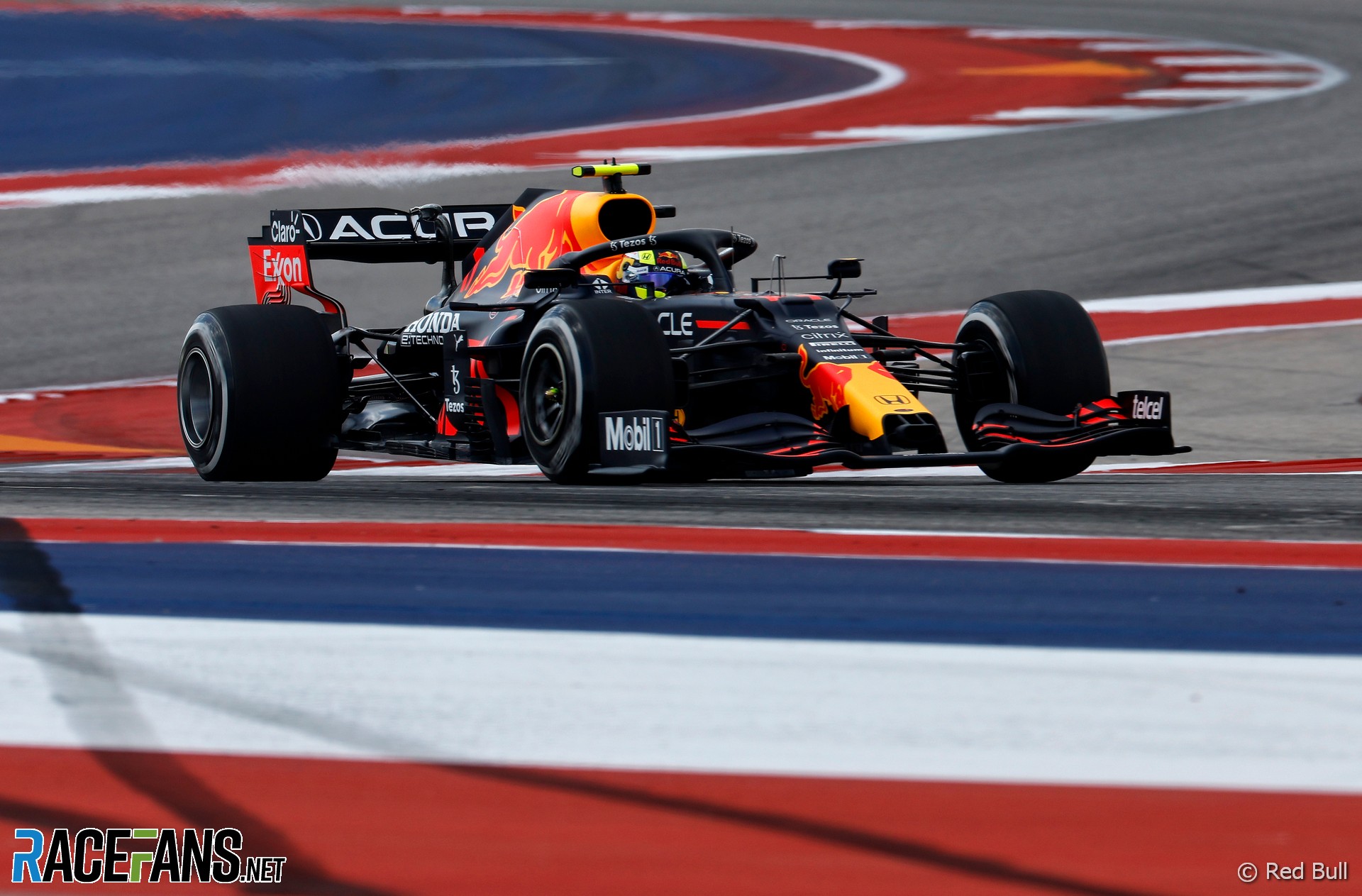 Sergio Perez topped the second practice session for the United States Grand Prix while his team mate had a run-in with his championship rival.

Max Verstappen called Lewis Hamilton a “stupid idiot” after the Mercedes driver overtook him at the final corner while both were preparing to start a flying lap.

Lando Norris took the second-fastest time for McLaren ahead of the Mercedes pair, Hamilton behind Valtteri Bottas.

Several drivers experienced difficulties with traffic but Perez and Norris were able to set clean laps, topping the times. Hamilton would have had the fastest lap of all with a 1:34.842, but it was deleted for a track limits violations at turn 19.

Bottas did six laps on a soft tyre run but was unable to beat the top three times. Daniel Ricciardo, who only ran soft tyres all session, rounded out the top five.

Lance Stroll’s first fast time beat both Ferraris, Charles Leclerc and Carlos Sainz Jnr not looking as strong in pace terms as they had in the morning session.

Verstappen’s frustrations continued. He did two out-laps as he tried to begin a performance run, then caught traffic and complained on his radio over the poor timing of the lap. On his way back around the track, Verstappen said that the run was “over” and returned to the Red Bull garage, not to return for another attempt and spending the rest of the session on medium tyre runs.

Antonio Giovinazzi showed that Alfa Romeo’s good performance in first practice was no fluke by placing tenth. But in a strange incident at the end of the session he locked up on his way into the pits and skated across the entrance. “Brakes were too cold,” he explained.

He then had to perform an awkward manoeuvre across the painted section and wait for his engineer to give him the all-cleat before before turning into the pits.

Fernando Alonso spun off at the penultimate turn in the final two minutes of the session and nudged the TecPro barrier with the back end of his car. The Alpine driver was able to return to the pits, gravel pouring out of his car.

Several drivers complained of items coming loose in their cockpits. The first was Norris, who said something was blocking him moving his left arm, preventing him from steering properly. He had to return to the garage after his installation lap.

Leclerc then complained about something loose between the pedals of his Ferrari. Later in the session Esteban Ocon said something was knocking against his lower leg – which Alpine believed to be a piece of padding which had worked loose.