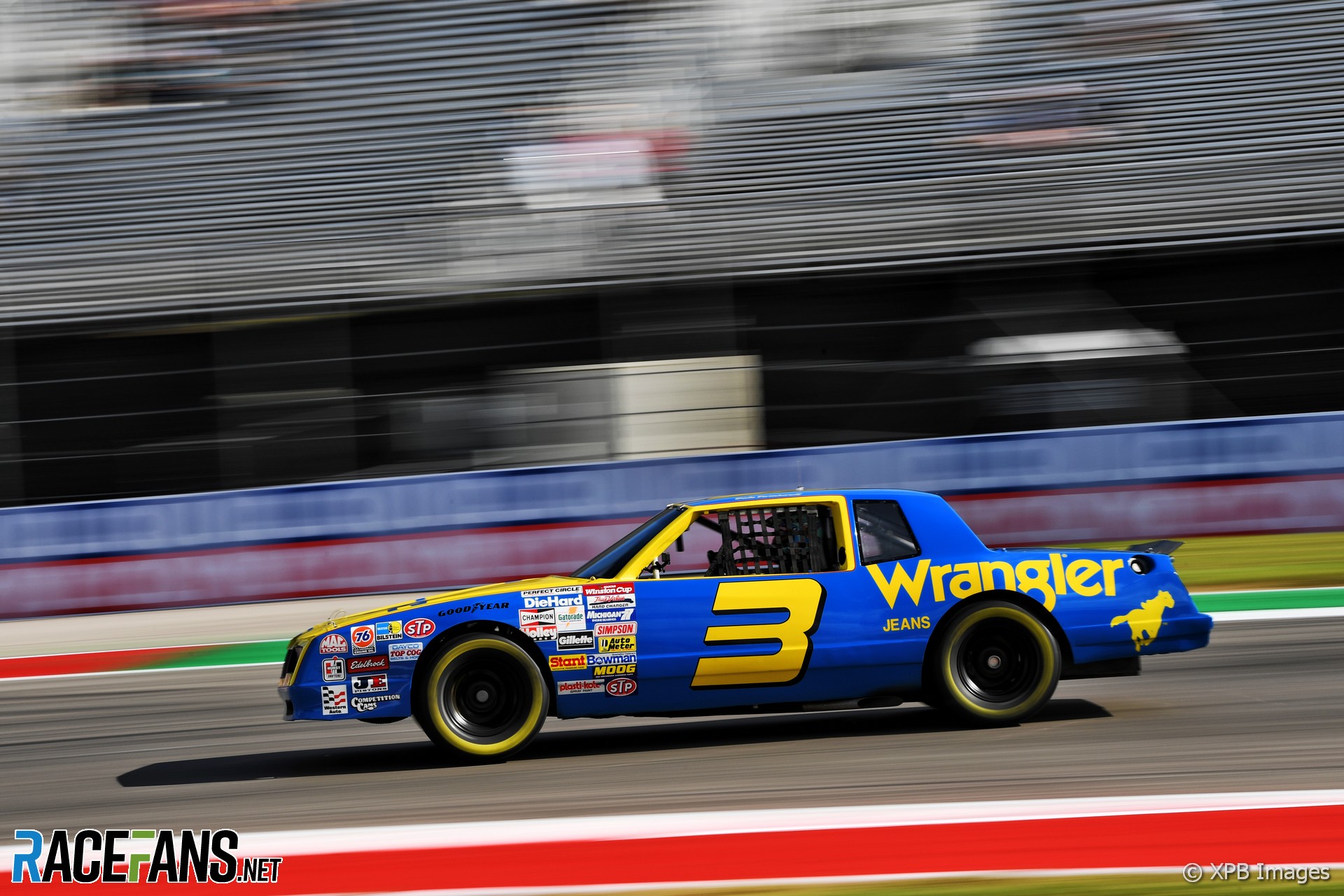 Daniel Ricciardo did a demonstration run in a NASCAR previously raced by his hero Dale Earnhardt ahead of final practice at the Circuit of the Americas today.

The car is owned by McLaren Racing CEO Zak Brown, who bought it three years ago. At the beginning of the season he promised Ricciardo the opportunity to drive it once he scored his first podium for the team. Ricciardo achieved that in the Italian Grand Prix, which he won.

Brown said it was “a lot of fun” seeing the car running ahead of final practice for the United States Grand Prix.

“My car collection is driven by passion for the sport and the famous, iconic drivers, cars and teams,” he said.

“I think motor racing is all about sport and entertainment. We’re fortunate to have two drivers that like to have a lot of fun.

“Daniel is a huge Dale Snr fan and it’s a great moment to celebrate Daniel’s victory, give him an opportunity that’s kind of a once-in-a-lifetime, great to be able to race together and share our mutual passion for the sport around a ride that is iconic and ultimately to put a show on for the fans.”

Earnhardt was killed in a crash during the Daytona 500 in 2001. His son Dale Earnhardt Jnr said he was “happy for Daniel” to have a chance to drive the car.

“I’m also appreciative for how he celebrates my father. That makes a lot of dad’s family members and fans smile.”