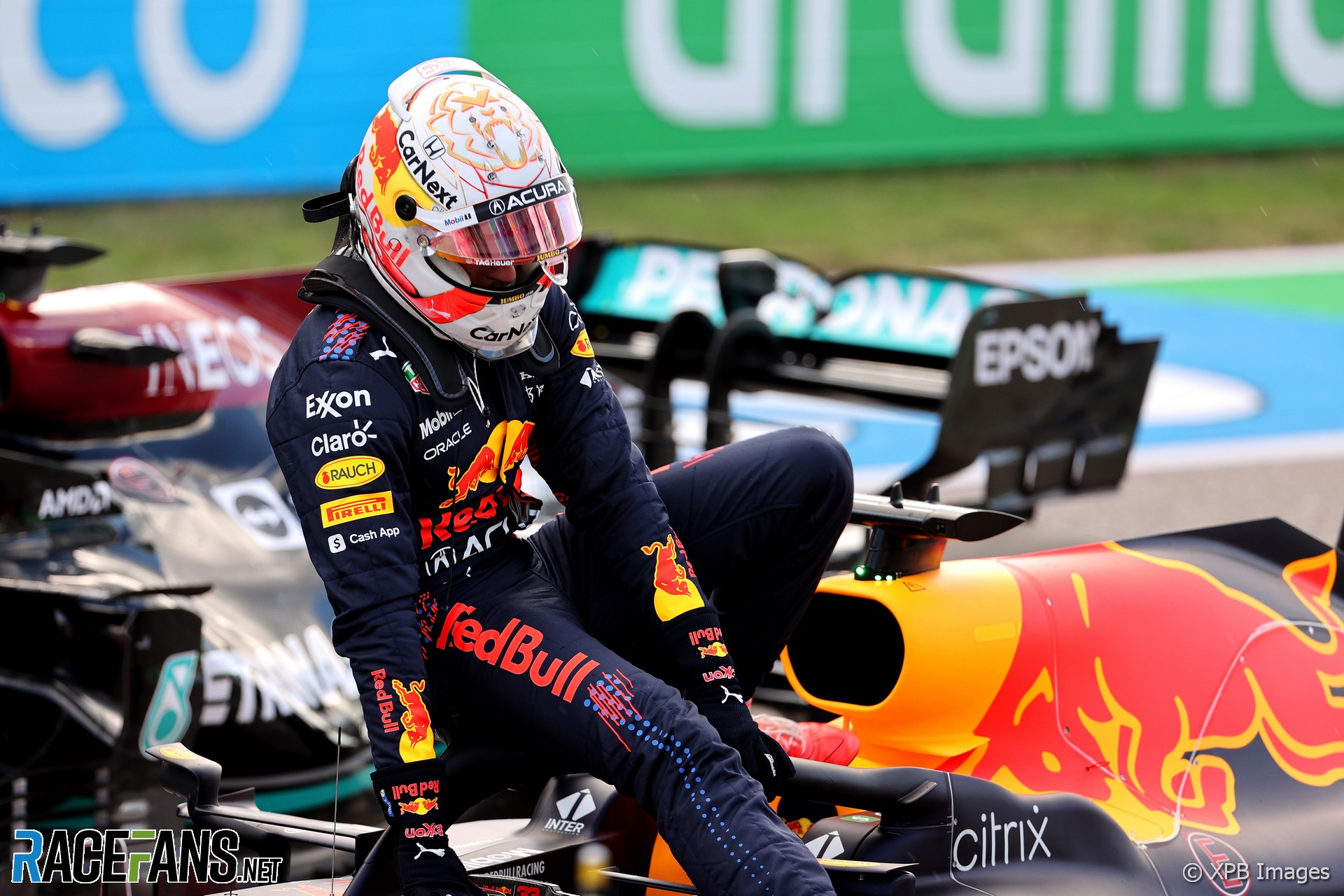 Lewis Hamilton and Max Verstappen said they will try to avoid their third clash of the season when they line up on the front row of the grid for the United States Grand Prix.

Verstappen took pole position for Sunday’s grand prix ahead of his championship rival. The pair have previously collided at Silverstone and Monza and came close to tangling during practice for this weekend’s race on Friday.

Nonetheless Hamilton said he doesn’t see the opening corner of the race as his only opportunity to get ahead of Verstappen.

“I hope we make it through turn one and we get a good race,” he said. “I don’t think it’s all decided on turn one.”

Verstappen said on Friday he didn’t understand the reason for the run-in between the pair in practice. The Red Bull driver overtook his rival at turn 15 before they began a timed lap, after which Hamilton re-passed him, leading Verstappen to abandon his next timed run.

Hamilton denied he had intentionally forced Verstappen wide while passing him at the final corner during practice. “I didn’t run him wide, he decided to go around the outside and ended up going wide,” the Mercedes driver explained. “But we were battling in the last corner and it’s a silly thing.

“It’s all fun and games and we’re going to have fun tomorrow and give it everything as you would expect. There’s no real difference to any other part of the season.”

Verstappen said the pair will “always try as professionals” to avoid contact.

“I don’t see why we always have to keep bringing this up,” he continued. “It’s not like we’re the only ones who have touched in this sport and these things happen, unfortunately.

“But I think we are on the front row again and everyone is just expecting a great race and that’s what we also expect, I think, as drivers and we just want to have a really good race.”