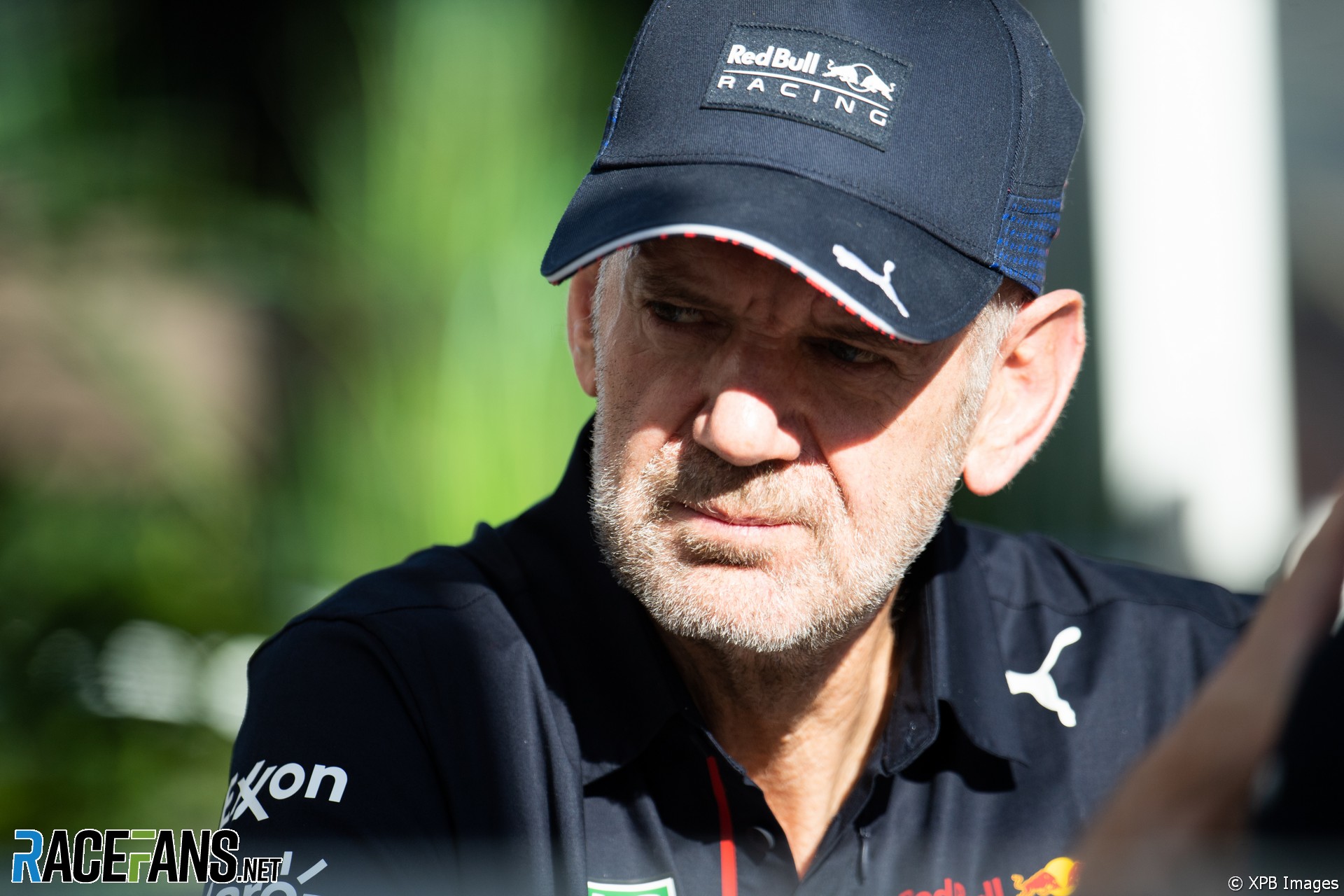 Newey rejoined Red Bull’s trackside team two races ago having missed several events after being injured in a cycling accident. Horner downplayed reports elsewhere which claimed Newey’s return was the reason for a sudden improvement in Red Bull’s form.

“Things get blown out of proportion sometimes,” said Horner. “Obviously he had an accident whilst he was on holiday and thankfully he’s back, fully fit, has been for a few weeks now. He was in Istanbul and here [in Austin] and is in good shape.”

Former Formula 1 racer and Mercedes simulator driver Anthony Davidson has announced his intention to retire from motor racing. Davidson has raced in the World Endurance Championship since losing his F1 drive when the Super Aguri team folded in 2008.

“One more to go, which I’ve decided will also be my final race as a professional racing driver,” he told his social media followers. “It’s been an incredible and unforgettable journey and I thank all those involved along the way.”

FIA Formula 3 newcomers Van Amersfoort will participate in their first test alongside their rival teams today at the Ricardo Tormo circuit in Valencia. This year’s runner-up Jack Doohan will drive for them alongside Reece Ushijima and Rafael Villagomez.

Other notable names at the test include Italian Formula 4 champion Ollie Bearman at Prema and Formula Regional Europe champion Gregoire Saucy with ART.

The final round of the Euro NASCAR season at Vallelunga saw 1997 F1 world champion Jacques Villeneuve claim victory (above). His last win came in the Euro Le Mans Series at Spa in 2008 driving a Peugeot 908 shared with Nicolas Minassian and Marc Gene.

"The F1 pit building has been identified as a suitable temporary venue as it has ready facilities and is not used for F1 race activities this year."

Sorry, but we can’t fix planet just by buying our fruit locally (The Sun)

Jeremy Clarkson: "After the murder of George Floyd, he had Mercedes paint the cars black, he talks about how he’s now green because he sold his jet and has urged everyone to be vegetarian. All this might work well on social media but in the real world, where people live, it doesn’t work at all."

Is it too soon to think F1’s popularity in America could sustain a third round of the world championship?

We’re not there yet. I imagine part of the reason for the large crowd at the USGP this year was because people have been locked down for 18 months. And the Miami race has been rumoured for seemingly a decade, fine.

I, for one, think the Miami street and parking lot circuit will be abysmal. Maybe it will be amazing, or just fine. But I think it would be foolhardy to saturate the market with three races when there have been concerns in recent years whether one even made sense anymore.
@Hobo

34 comments on “Newey crash reports “blown out of proportion” – Horner”