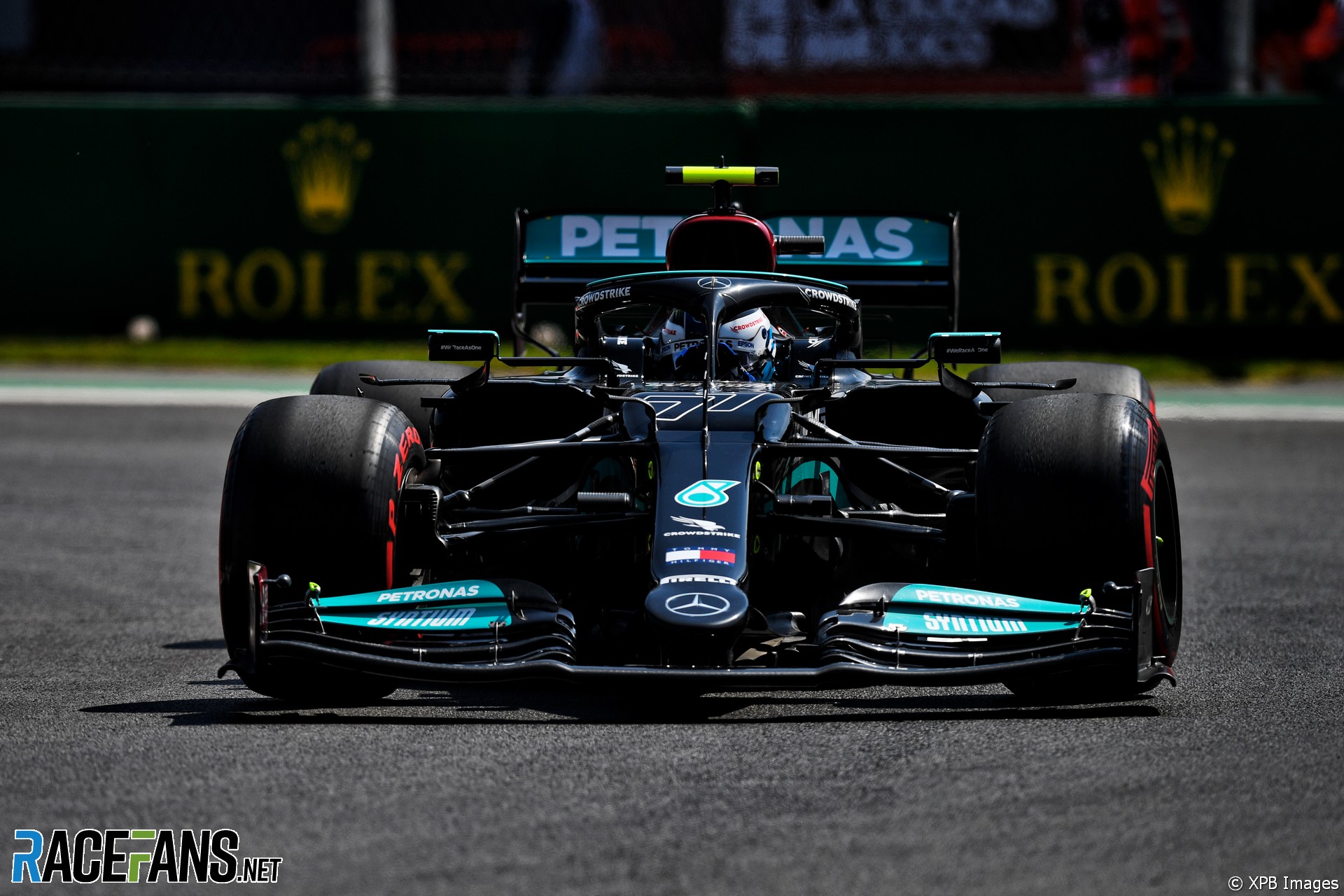 However his team mate Lewis Hamilton faces investigation for rejoining the track in an incorrect fashion after going off at turn one. Kimi Raikkonen is also being investigated for the same infringement.

Raikkonen was among the first to join the track when the hour-long session began and discover the extremely dusty conditions. Thick clouds formed behind cars as drivers struggled for grip, especially around the stadium section, and track evolution was high: lap times falling from 1’20 to 1’18.

The slippery conditions led to a couple of crashes. Sergio Perez missed almost half an hour of running after sliding backwards into a barrier at turn 16. Charles Leclerc committed and almost identical mistake in his Ferrari and also had to pit for repairs.

Both drivers damaged their rear wings and the Ferrari initially looked to have taken a lighter hit than the Red Bull. However, both were kept in their garages for much of the rest of the session for thorough repairs, Perez emerging after 26 minutes of work on his car.

Hamilton’s off-track excursion at turn one occured around 20 minutes into the session, and by the halfway point he was leading the times. He was followed by Verstappen and a Yuki Tsunoda, acquitting himself well on a track he has never been to before, though the AlphaTauri driver is doomed to start from the rear on Sunday following a power unit replacement.

Bottas led the second half of the session. Once Perez came back out the Red Bulls neatly slotted into the times behind both Mercedes.

Pierre Gasly had looked consistently strong all session, setting top 10 times. Despite Leclerc’s early incident Ferrari got both drivers in the top half of the field, making good on their predictions the circuit will suit them, and Alpine did the same.

Sebastian Vettel completed the top 10 for Aston Martin. His team mate Lance Stroll will also take a power unit penalty and start from the back of the grid.

The first session of the weekend was held under clear skies with an air temperature of 17C, track temperature 35C. Air temperature rose to 20C over the session and track to 40C as the weather remained sunny, though cloudier conditions are expected later.

7 comments on “Bottas sets the pace in Mexico, Hamilton and Raikkonen under investigation”