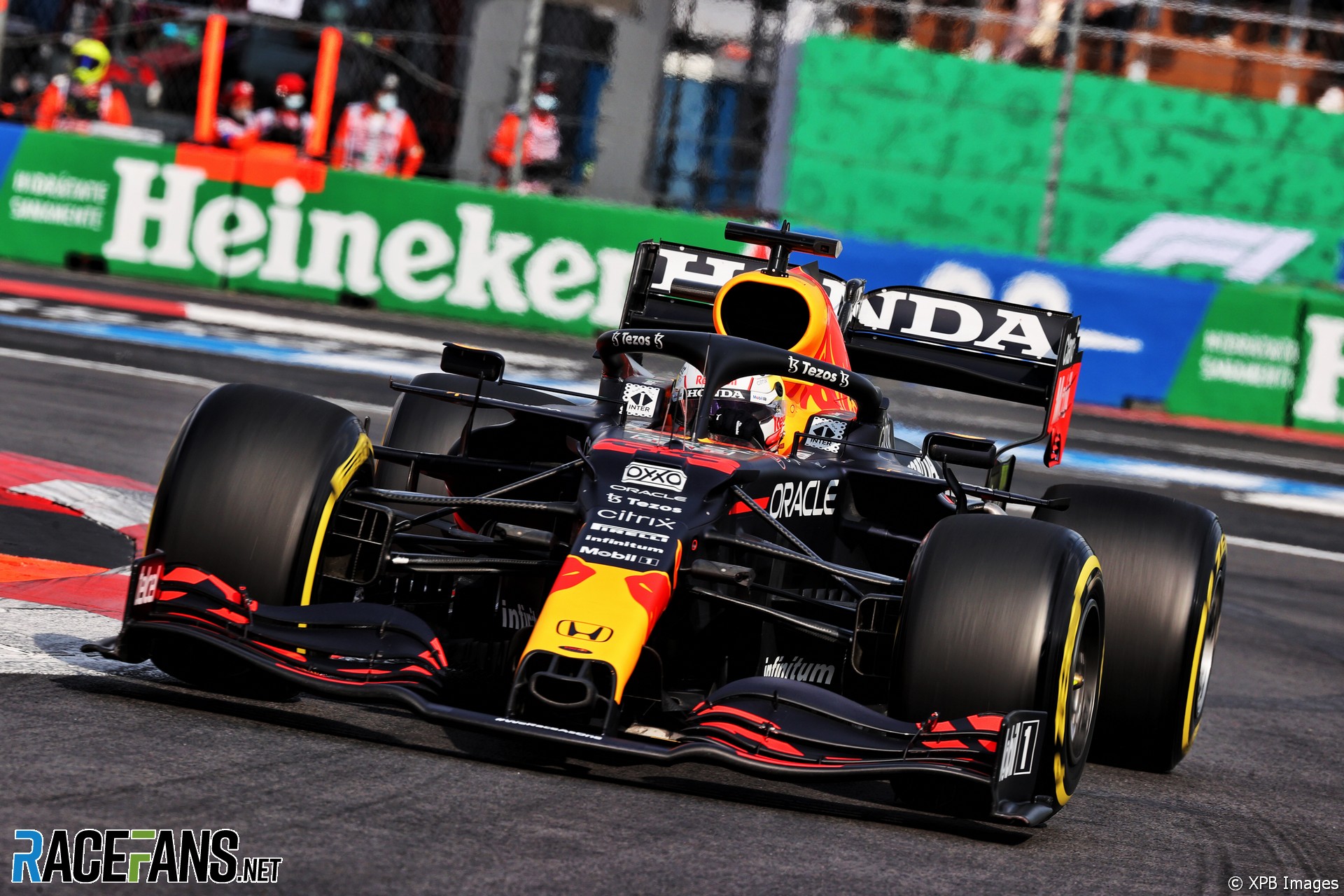 Max Verstappen led the second practice session for the Mexico City Grand Prix ahead of the morning’s pace-setter Valtteri Bottas.

Behind the Mercedes pair and the second Red Bull of Sergio Perez came Carlos Sainz Jnr in the first of the Ferraris, over a second off Verstappen’s pace.

Having been reprimanded in the first session, Lewis Hamilton had a scruffy start to the second. He went off at turn one again, but this time rejoined the track correctly, and lost another effort due to double waved yellow flags. Team mate Bottas also went off at turn one without drama.

Red Bull looked much more competitive with Mercedes during the initial runs, though the RB16Bs were running on the medium instead of the hard compound tyres. When the teams began their qualifying simulations on the softs, Verstappen had a clear edge. Despite a somewhat restrained effort, Verstappen’s time was over half a second faster than Hamilton’s and Bottas was only a tenth closer. Perez, fourth, was half a second off his team mate but set his fastest lap time on medium tyres.

Charles Leclerc joined his Ferrari team mate in the top 10 again, the pair separated by Pierre Gasly. With the second AlphaTauri of Yuki Tsunoda in eighth, after his strongest Friday performance so far, all four Honda-powered cars appeared in the top half of the times.

For their respective rivals, McLaren and Alpine, things were not so good. Fernando Alonso squeaked into the top ten while Lando Norris was sandwiched by the Alfa Romeos in 12th after what he admitted was a difficult session on both high and low fuel runs.

It was a tougher session for his team mate Daniel Ricciardo who completed just seven laps. McLaren brought him in to investigate a gearbox problem on his MCL35M.

George Russell covered even fewer laps when a problem in the same area of the car struck his Williams on his second lap. His team mate Nicholas Latifi tapped the turn 16 barrier early in the session but was able to continue.

Nikita Mazepin also fell foul of the stewards by rejoining the track incorrectly at turn nine. The Haas driver is under investigation. Sebastian Vettel made a more comical error, pulling into the McLaren pit box instead of Aston Martin’s, before continuing on his way.