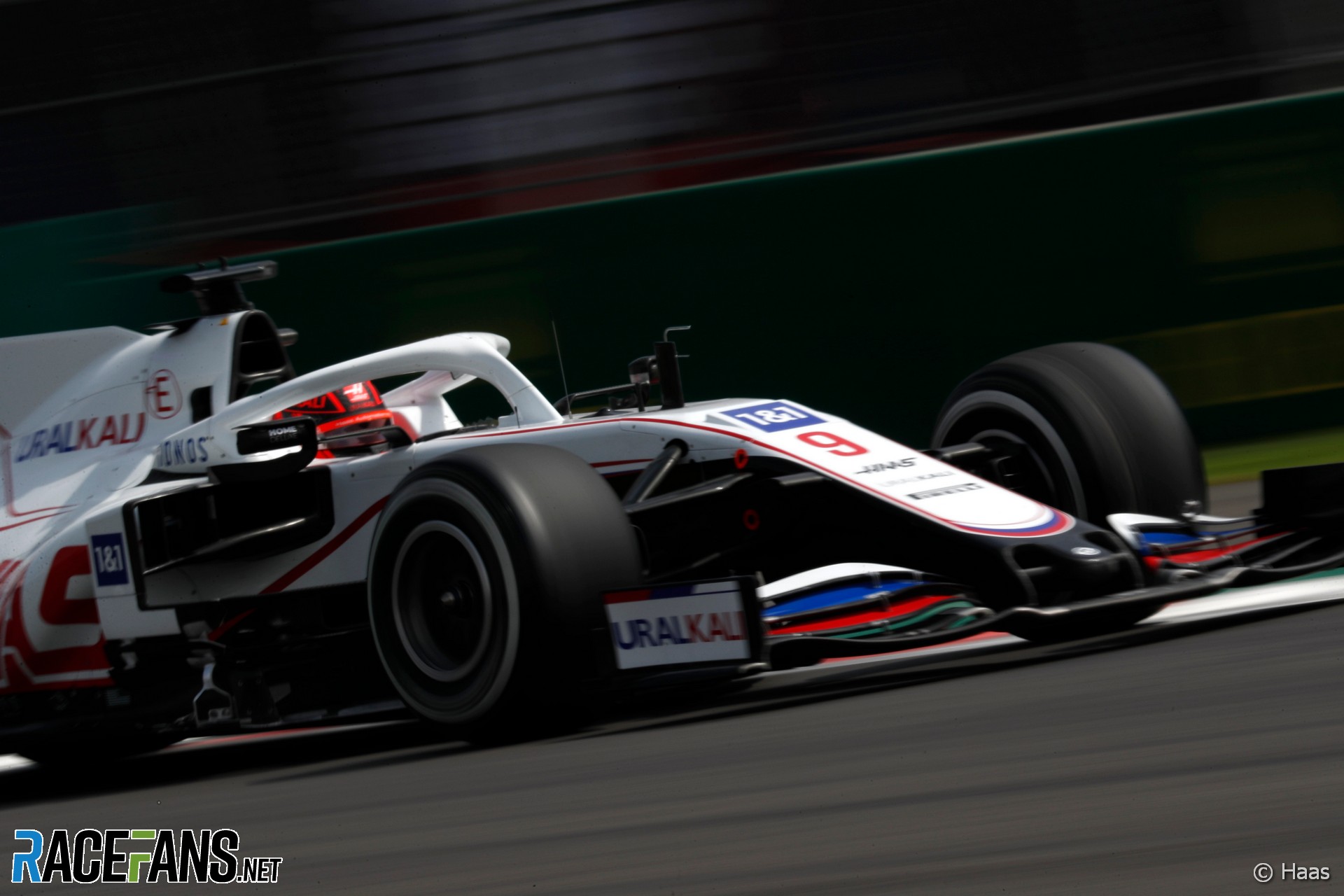 The track limits guidance which had been put in place for turn eight at the Autodromo Hermanos Rodriguez has been revised after Nikita Mazepin fell foul of it during Friday practice.

At the beginning of the weekend drivers were told that if they passed behind the apex kerb at turn eight they were required to rejoin the track by passing between two bollards at the exit of the corner. Similar restrictions were imposed during previous races at the track.

Mazepin was given a formal reprimand for failing to comply with the requirement when he went off at corner during a qualifying simulation run in second practice. “Car nine [Mazepin] left the track on the right hand-side at the apex of turn nine,” the stewards noted, “passing completely behind the red and white kerb, and rejoined the track immediately, rather than rejoining by driving wholly to the right of the two bollards parallel to the track on the exit of turn eight.”

“Whilst noting the driver’s comments in relation to the loss of control on the painted surface, the stewards also note that the driver made very limited efforts to reduce speed and therefore consider this to be a failure to follow the race director’s instruction given in article 21.3 (a) of the race director’s event notes,” they concluded.

However following the decision, the turn eight track limits guidance from the event notes. Drivers are therefore no longer to pass between the bollards if they go off at that corner.

Further changes have also been made to the track limits rules for this weekend. Drivers have been advised their lap times will be deleted if they leave the track at turns one, two and three. The same rules apply at the apex and exit of turn 11. During the race any driver who leaves the track a total of three times at any of these three locations will be shown the black-and-white flag, and further violations will be reported to the stewards.

Drivers have also been reminded to adhere to article 27.3 of the Sporting Regulations which states: “Drivers must make every reasonable effort to use the track at all times and may not leave the
track without a justifiable reason.”